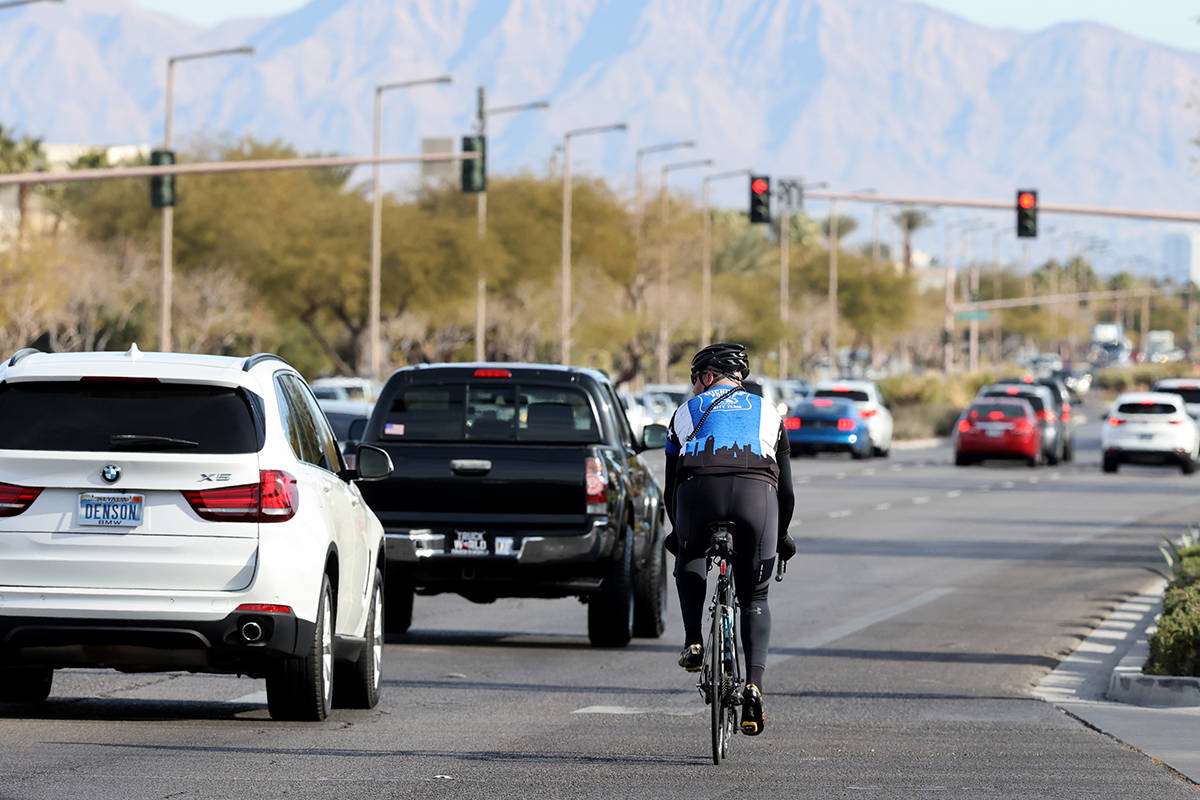 Sgt. Michael Campbell, a traffic sergeant with the Clark County School District Police Department, rides a bicycle during an enforcement effort on West Charleston Boulevard in Las Vegas Wednesday, Dec. 30, 2020, for Nevada's "3-foot rule" that says drivers must move over to give cyclists room on the road. (K.M. Cannon/Las Vegas Review-Journal) @KMCannonPhoto

Bicyclists will now be able to use full lanes on certain roadways in unincorporated Clark County when it is dangerous for them to keep to the right side.

An ordinance passed Tuesday by the county commission makes it clear: Bicyclists will have the right to travel into the roadway under certain conditions, particularly when there is not a bike lane or shoulder to ride along.

“The ordinance will make it safer for cyclists and also will facilitate public works’ posting of more effective ‘bicycles may use full lane’ signage on appropriate roadways,” Commissioner Justin Jones said.

Jones worked with the county on the safety measures following recent cyclist deaths in the community, including five in a Dec. 10 crash on U.S. Highway 95 south of Boulder City. There were eight total cyclist fatalities in Clark County last year, according to the state Office of Traffic Safety.

The county’s code before the adoption of the ordinance Tuesday required cyclists to ride on the right side of the road without exception, but the new measures permit cyclists to use a full lane when traveling at the speed of nearby traffic, preparing to turn left or if there is an object or surface hazard blocking access to the right side.

In late December, state and local law enforcement agencies used a laser-equipped bike in the Las Vegas Valley to enforce Nevada’s “3-foot rule,” measuring the distance between the bike and passing cars. Violations were called out to roughly a dozen officers staged along the route used for the operation.