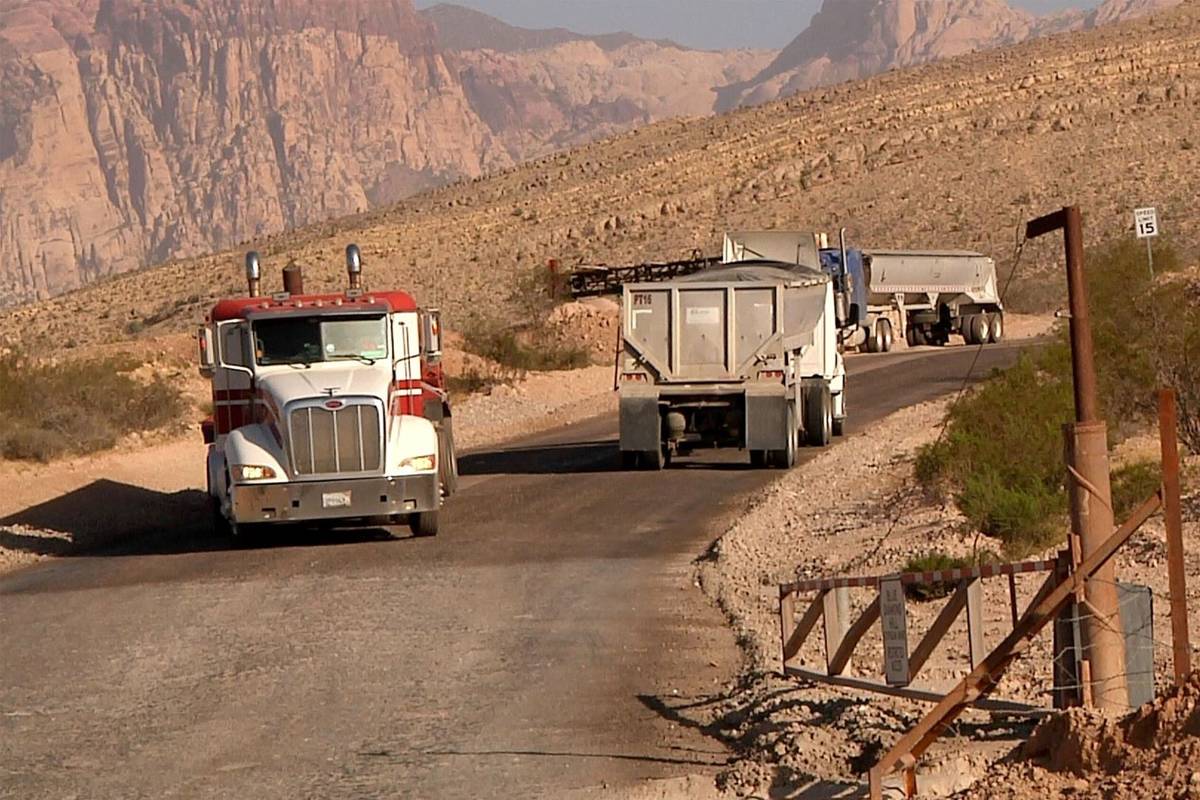 Trucks make their way up and down the road to Blue Diamond Hill Gypsum Mine near Red Rock Canyon in August 2016. (Michael Quine/Las Vegas Review-Journal) 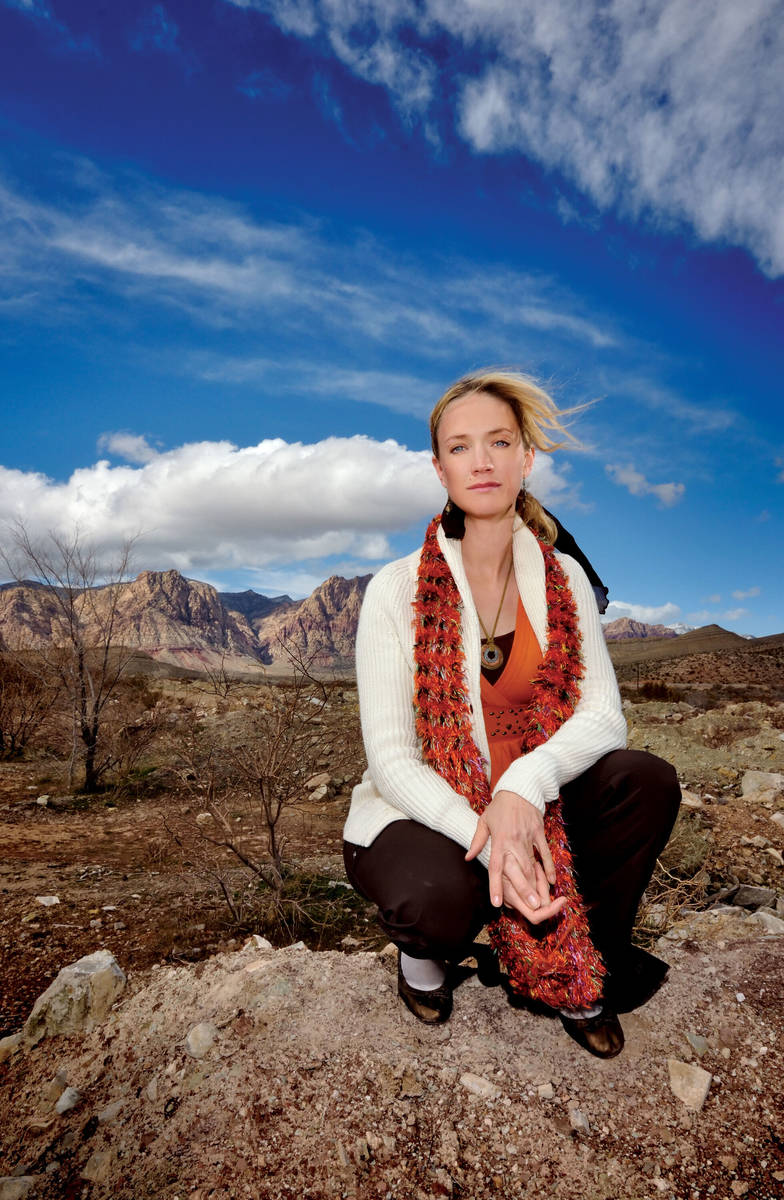 Heather Fisher, seen in 2011, is president of Save Red Rock. (Las Vegas Review-Journal)

Clark County lawmakers recently approved building homes on a gypsum mine overlooking Red Rock Canyon National Conservation Area, which has been the subject of a yearslong debate about environmental impact and private development.

But the project on Blue Diamond Hill approved Aug. 4 is not the same as developer Gypsum Resources’ controversial proposal to construct 3,000 houses that has faced fierce pushback from environmental advocates and been ensnared in a bitter legal battle.

Instead the commission unanimously signed off on a slimmed-down project from the developer: a planned unit development and tentative map to construct 280 luxury homes across 563 acres.

Opponents, however, were no less upset.

“We stand by our statement that this issue is not ripe for review due to it not complying with the Clark County Code nor being properly vetted,” Heather Fisher, president of Save Red Rock, said in a statement.

Save Red Rock, an environmental nonprofit, has long been against developing housing on the site, which is surrounded on three sides — and portions of the east — by the conservation area.

Fisher said there remained questions about the project’s access to a legal road and to water, “and the degradation of the overall Red Rock Canyon experience.”

But county officials said the scaled-back plan complied with rural zoning standards of one unit for every 2 acres and, unlike proposals in the past, it was not seeking to increase density. There was also no issue with preserving a natural setting since the site already has been or will be mined, according to Chief Deputy District Attorney Robert Warhola.

In a statement following the commission’s approval, Gypsum Resources said it would be moving forward immediately to work with designers and architects to prepare final development plans.

“Gypsum can now proceed in transforming a strip mine to the most exclusive residential community in the region,” the company said.

Even so, Commissioner Tick Segerblom suggested there was a long road ahead before the project came to fruition, with “so many issues” still to be addressed.

“But just in the very basic concept of, the land use matches what they’ve asked for, then I think at this point we have to vote in favor,” he said during the Aug. 4 commission meeting.

Since at least 2003, Gypsum Resources has sought to build homes on Blue Diamond Hill, but efforts have stalled, most recently related to the timing of federal approval for an access road.

Gypsum Resources filed for bankruptcy two years ago, blaming much of its financial predicament on project delays. It also sued the county for breach of contract, due process violations and other alleged wrongdoings related to delays over the past decade.

In May, Gypsum Resources accused Commissioner Justin Jones, who served as Save Red Rock’s legal counsel before his election, of misleading the state ethics commission and making a “clandestine deal” with Gov. Steve Sisolak — then the commission chairman — to stymie the proposed 3,000-home project.

Sisolak’s campaign and Jones have refuted the claims.

Jones declined to comment Wednesday on his vote in favor of the 280-home project, citing the ongoing litigation.

The district attorney’s office believed that Jones and the rest of the commission last week could consider and vote on the project, Warhola said, because it was different from ongoing legal matters.

Work to be done

Ron Krater, a spokesman for the developer, described the approved project in an email this week as merely a “first phase of development.”

It also calls for a potential 18-hole golf course and clubhouse that will require a land use application, according to a county staff report.

Gypsum Resources will have to provide paved legal access to the project site and perform a traffic study in the future, Warhola said.

The company will be filing a new application for a right-of-way to provide access for vehicle traffic and utility infrastructure across federal property, according to Krater, because the site is not currently served by public water or sewer.

As the plan moves ahead, Fisher vowed that Save Red Rock will keep its eye on it.

“We will continue to monitor each aspect of this project, and express our concerns at future county meetings,” she said. 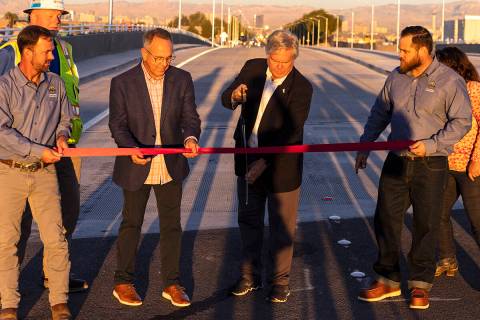 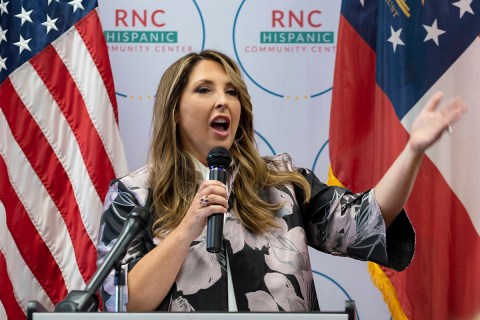 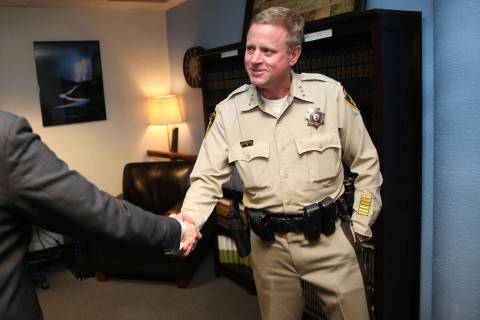