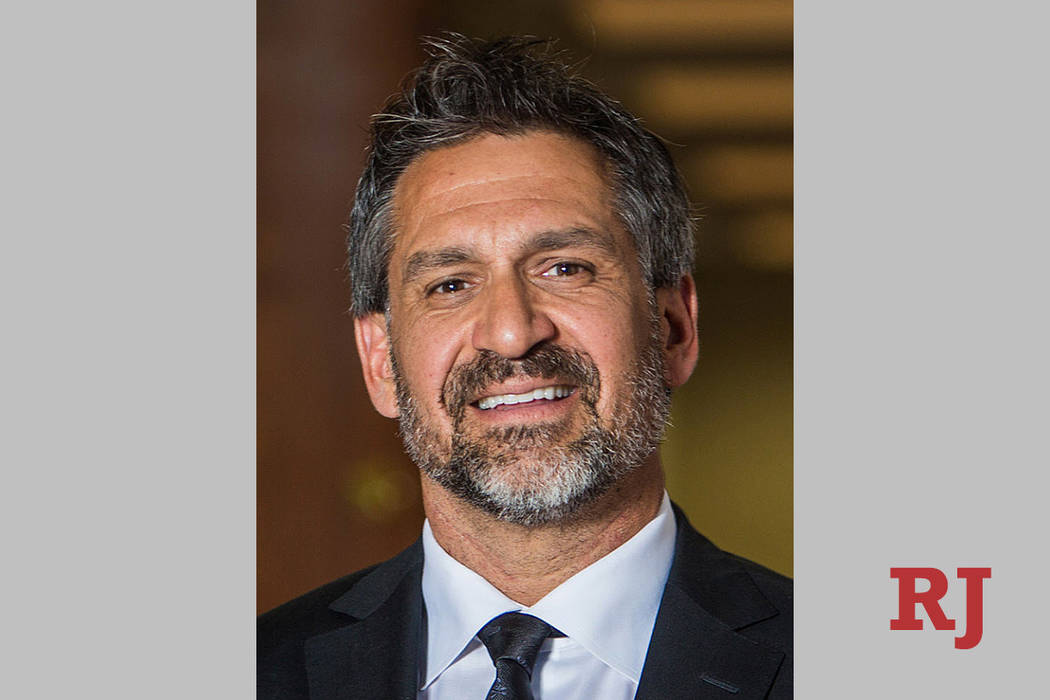 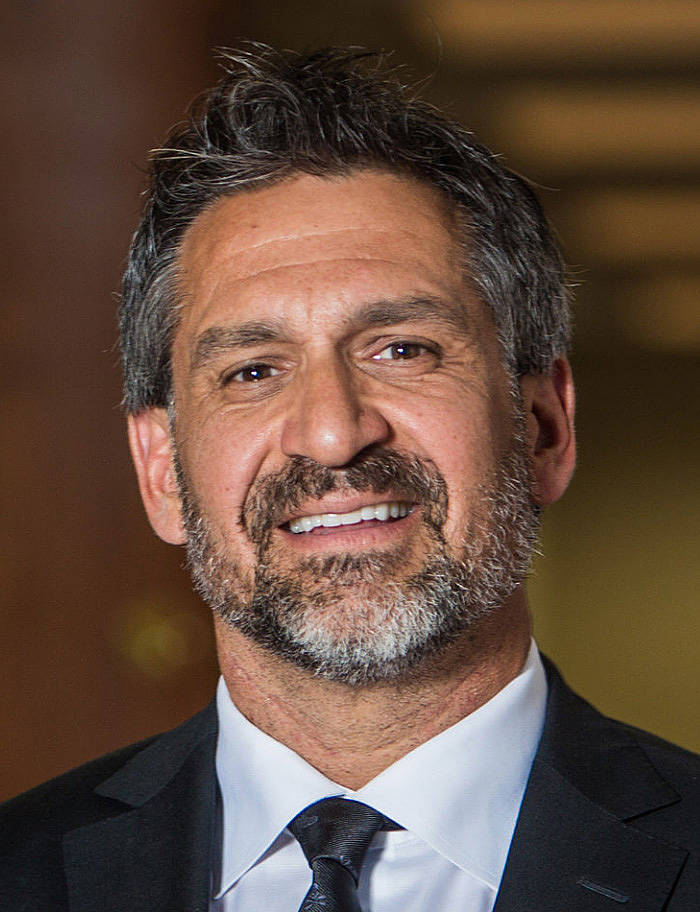 Marlon’s admission about domestic disturbances with now ex-wife Erin Smith, in 2012 and 2015, come with little more than a week before the April 2 primary election, where Marlon, 54, is seeking to replace Mayor Pro Tem Lois Tarkanian in Ward 1.

He faced a felony charge of battery constituting domestic violence following the 2012 incident, but that case was dropped, he and Smith both said. Marlon said he was never charged in the 2015 matter.

The Metropolitan Police Department said Thursday there was no record of any arrest for Marlon. And the district attorney’s office said the case number provided from the 2012 incident was either no good or the case had been sealed.

Asked whether he had moved to seal the record of his arrests or court case, Marlon said he “personally” had never done so, but he did not deny he had hired an attorney to perform the work.

Records and interviews paint a stark contrast between the accounts of Marlon and Smith, 32, the daughter of longtime Nevada state lawmaker Debbie Smith. Marlon maintains his innocence and his share of supporters.

Marlon was arrested on suspicion of felony battery and kidnapping following an alleged physical altercation with Smith, police records obtained by the Review-Journal show.

Marlon, 48 at the time, told police that Smith, then 26, became “furious” during an argument about his son as he remained “calm and clinical with her,” and she punched him in the face, tried to kick him and then fell to the floor where she flopped around hysterically.

Noting “several inconsistencies” in his story and seeing “several marks and injuries” on Smith, a Metro officer arrested Marlon, according to a copy of the Aug. 12, 2012, incident report obtained by the Review-Journal.

The next day, Marlon was charged with a felony, battery constituting domestic violence, a charging document shows.

Smith said in a statement she felt pressured not to testify and was persuaded to sign a document saying the altercation had only been verbal, which led to the case’s dismissal and dissolved a restraining order against Marlon.

Marlon denied wrongdoing in a statement he gave in January to the Nevada Current. He claimed he had flushed Smith’s drugs down the toilet after she relapsed while in treatment for substance abuse.

Marlon stood by that assertion this week, despite having made no mention of it in his voluntary statement to authorities at the time of the incident.

It’s a claim that Smith pointed to as the reason she has chosen to speak publicly about a nearly seven-year-old event that she said she would rather forget.

“But after David’s false statement I feel as though I don’t have a choice,” she said, emphatic that she was not an addict nor had she ever been in any rehabilitation-type program. “David Marlon is not fit for public office for myriad reasons, one of which is his abuse toward me.”

Returning to Las Vegas from a five-day trip to Jackson Hole, Wyoming, the couple argued about Marlon’s 10-year-old son from a previous marriage, both told police. Smith planned to leave the house. She said Marlon became “enraged and aggressive.” Marlon said he was “disappointed.”

In his voluntary statement provided to police, Marlon said he splashed water on Smith’s face as she became physical. He claimed he was “very in control and knew violence would not help anything.” Eventually Smith left, he said.

But Smith told authorities that Marlon spit on her face, put his hand around her neck and pushed her up against a bathroom counter and mirror. He tried to hold her head under a faucet, she said, and dragged her to the ground by her wrist and pulled her across the floor by her ankle.

The “tussle,” as she said he later referred to it, left her with a torn sweater, ripped pants and cut thigh. Marlon suffered a “very small scratch” under his right eye, the police report said.

Responding Metro Officer O. Verduzco observed Marlon as “sweating and acting extremely nervous and agitated” at the onset of their conversation, according to the police report. Marlon was then arrested.

Marlon said this week Smith had orchestrated events in an effort to break a prenuptial agreement between the two. Smith deferred to her attorney’s advice that she not respond with anything beyond what she provided in a lengthy statement, which she said was meant to cast a light on Marlon’s untruthfulness.

Marlon’s campaign for Ward 1 has weighed recently how to formally respond to the incident, even engaging his first ex-wife, Kathleen Owen, to speak to Marlon’s character.

“Violence is not Dave’s thing with women,” said Owen in an unreleased video. The two had been married for more than a decade, according to Mark Fierro, a campaign spokesman.

Marlon has also garnered support from former state Sen. Patricia Farley, who serves as co-chair of his Women for Dave coalition and is president of the liberal-leaning Nevada Values PAC.

Farley said she had been aware of Marlon’s arrest and took it seriously, but ultimately relied on those who knew him best – including “tons of women” — before throwing her support behind him. Farley’s political action committee is also backing the No Means No, Ruben campaign, which seeks to prevent former Rep. Ruben Kihuen from winning a council seat in Ward 3.

Farley insisted that she had applied the same standard to Marlon as she did to Kihuen, whose congressional career was derailed by findings from the House Ethics Committee in November that he violated rules by making unwanted verbal and physical advances toward two women during his term in Washington.

“I wasn’t there,” she said about Marlon’s arrest. “I hate to ruin a man’s career and reputation over a he-said, she-said” incident.

Farley also said she wasn’t aware of a second arrest.

On Aug. 31, 2012, less than 17 months after they were married, Smith filed for divorce, according to Clark County District Court records, citing the incident 19 days prior and alleging that it had merely been “the last such use of force.”

“It’s not the first time he physically assaulted me, but it was the first time I had the courage to call the police,” she said in a statement. “Every relationship has its problems but there is no room for violence, ever.”

By November that year, the two sought reconciliation.

“Like many women, I was scared, I was in love and wanted to fix my marriage,” she said. “It was ultimately the wrong choice but hindsight is 20/20.”

Marlon eventually filed for divorce on Oct. 28, 2013. Court records show the two continued to be incompatible and no reconciliation was possible. The divorce did not appear to end the tumult.

Smith said that Marlon was arrested in 2015 following their divorce after he grabbed her by the neck and pushed her to the ground, resulting in her breaking her right hand. She said she again recanted her version of events under pressure. The Review-Journal was unable to obtain records for that incident, but Marlon acknowledged he’d been arrested in 2015. However, he maintains he’s never physically assaulted Smith.

In early 2017, Smith filed a protective order against Marlon, alleging he had harassed her by text message.

The order was filed in Carson City, records show, but Marlon employed a long-time forensics expert who did not believe Smith had told the truth about the threatening text originating from Marlon’s phone. There was no court resolution on the expert’s opinion, according to Marlon and his attorney, Dominic Gentile.

The order was ultimately extended, without objection from Marlon — who noted he ultimately sought one himself — as he was ready to move on.