In the aftermath of the mass murder in Las Vegas, a UNLV history professor told her class this week that she had predicted “people will die” when Donald Trump was elected president.

Assistant professor Tessa Winkelmann made comments to her History 407 class Thursday afternoon that put some of the blame for Sunday’s shooting on Trump. Just four days earlier, a gunman killed 58 people and wounded 489 at a country music festival on the Strip. 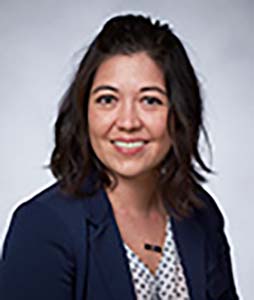 “Right when he got elected, I told my classes, three semesters ago, that some of us won’t be affected by this presidency, but others are going to die,” Winkelmann says in the video obtained by the Las Vegas Review-Journal. “Other people will die because of this.”

A student in the class was “dumbfounded” by Winkelmann’s comments and found them “appalling.” The student wished to remain anonymous for fear of retribution.

“He’s threatened to declare violence against North Korea and other places,” Winkelmann says in the video. “And words, especially if they’re coming from someone who is the president, have consequences. … I don’t know that these events would have inevitably happened whether or not he got elected, but he has rhetorical powers every president has to encourage or to discourage (violence). So far all he’s done is to encourage violence.”

The student said Winkelmann’s comments polarized the classroom, and groups of students began shouting at one another.

“It is sad she is teaching students such divisive, inaccurate and irresponsible rhetoric,” said White House press secretary Sarah Huckabee Sanders. “She should be ashamed of herself, and the university should look into it. What a terrible example to set for students.”

“In the wake of this tragedy, President Trump not only embraced those who suffered and lost but expressed the grief and shared the prayers of our entire nation,” Walsh said. “Now is the time to care for the victims, not dwell in the sad politics expressed by those few who would capitalize on such a devastating moment for so many.”

Winkelmann apologized Friday in an email to the Review-Journal.

“This week has been very difficult for members of our community, and we have allowed students space in our classes to discuss how they have been affected and to openly convey their feelings,” Winkelmann wrote. “I regret that my comments caused more pain during this difficult time. Emotions were running high and I wish I would have been more thoughtful in how I directed the conversation.”

UNLV said in a statement that Winkelmann’s comments were insensitive, but the university did not say what, if anything, would be done regarding them.

“While we respect academic freedom in the classroom and the right to free speech, we believe the comments were insensitive, especially given the series of events this week and the healing process that has begun in the community,” UNLV spokesman Tony Allen said.

Winkelmann has an overall quality rating of 4.2 on RateMyProfessors.com. The ranking is based on four student ratings on the site, with two students giving her a 5.0; one a 4.0; and another student giving her a 3.0 average rating.