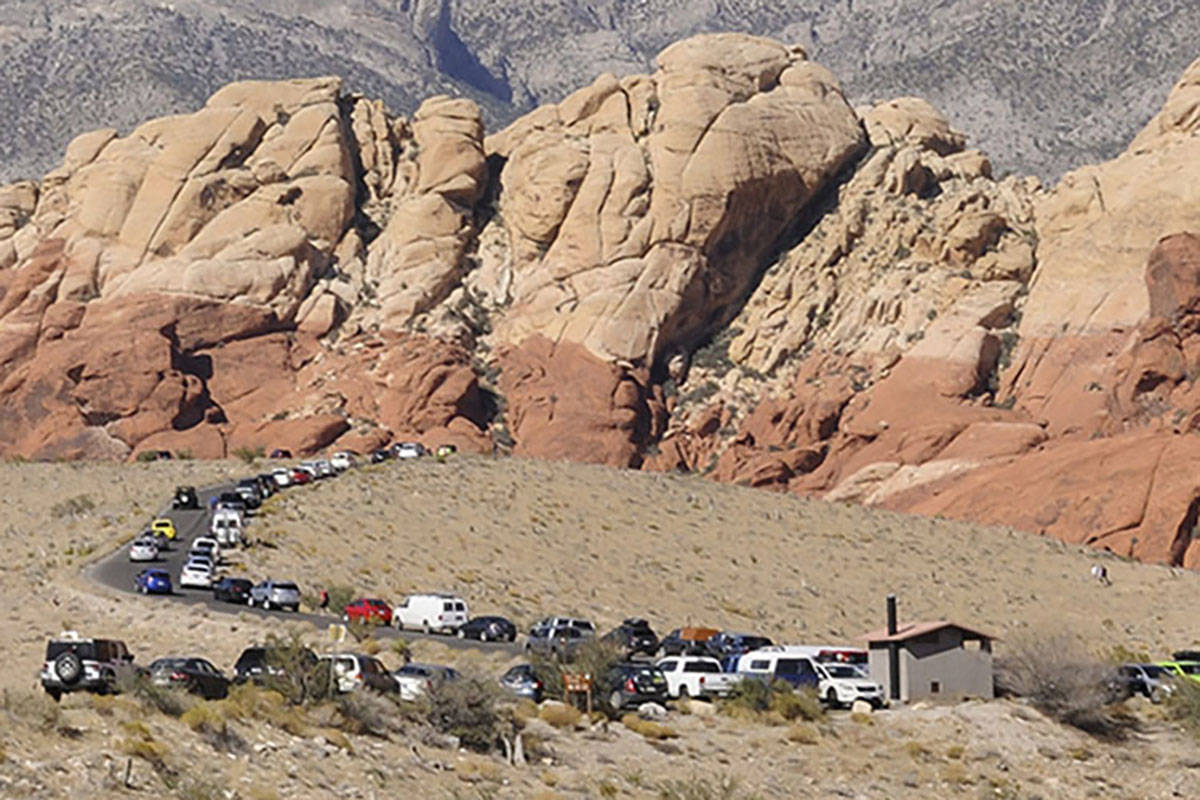 WASHINGTON — A Clark County lands bill filed Wednesday in the House and Senate would set aside 2 million acres for wilderness protection, expand Red Rock Canyon National Conservation Area and provide 30,000 acres of land to the county and Las Vegas Valley cities for development and affordable housing.

Sen. Catherine Cortez Masto, D-Nev., will shepherd the legislation through the Senate Energy and Natural Resources subcommittee on public lands, forests and mining, where she is chairwoman.

Similar legislation was filed in the House by Rep. Dina Titus, D-Nev.

The 2 million acres would mainly be lands in the Desert National Wildlife Refuge, but roughly 51,000 acres would fall under the Red Rock Canyon National Conservation Area. Another 41,000 in public lands would be held in trust for the Moapa Band of Paiutes, Cortez Masto said.

“We’ve been working on this for four years now,” Cortez Masto told the Review-Journal.

Cortez Masto said the pandemic and its effects on the local population “have really shined a light on the challenges we have with affordable housing.”

Discussions with Clark County, cities and others resulted in a plan for growth in the region, with a balance of preservation and accommodation as population increases. “It’s about how we manage the growth in a sustainable way,” Cortez Masto said.

Titus called it the “largest conservation bill in Nevada’s history.”

The legislation, Titus said, would demonstrate “that it is possible to accommodate Clark County’s population growth while prioritizing affordable housing and the environment.”

But conservation groups attacked the legislation as a plan that would continue outdated development that fails to conserve water or address climate change.

“We need to think about the next generation,” Roerink said, noting that “these are the same policies used in the ’90s and 2000s.”

Cortez Masto and lawmakers worked with the county to provide land for planned development and affordable housing, which would come from proceeds of federal land sales under the Southern Nevada Public Land Management Act, a program that faced the budget ax during the Trump administration.

The Las Vegas Valley is expected to grow by 820,000 more people by 2026, according to state projections. Clark County is seeking land for development that includes public housing under the Public Lands Management Act.

The bill is more acceptable than other recent proposals, according to Patrick Donnelly, Nevada state director for the Center for Biological Diversity, “but we fundamentally disagree with the premise of designating wilderness as a quid pro quo for selling off public lands.”

Donnelly said the House and Senate legislation perpetuates sprawl development “that is unsustainable in our desert ecosystem. We need change, and this is more of the same.”

But supporters of the bill said the legislation represents proposals to plan growth.

“In Nevada, everybody realizes that lands bills are a fact of life and that they can be responsible tools for economic development, natural resources management, and conservation,” Amodei said.

On the other side of the political spectrum, Annette Magnus of the group Battle Born Progress backed the bill.

“We have seen the senator listen to people in our communities and made necessary changes from original drafts of the bill to move this legislation in an important direction based on feedback from the community,” Magnus said.

Magnus said that “we have worked on the issues of public lands and protecting special places like Red Rock for many years, and we are happy about several elements of this bill which offer additional protection for key areas around Southern Nevada.”

“We also believe the move to be able to use (Southern Nevada Public Lands Management Act) money for climate change mitigation efforts is a critical piece of this legislation,” she said.

Cortez Masto said the bill provides Clark County with the ability to use water more efficiently and develop clean energy.

Cortez Masto said she hopes to lobby colleagues and get the bill out of her committee and into legislation on the Senate floor.