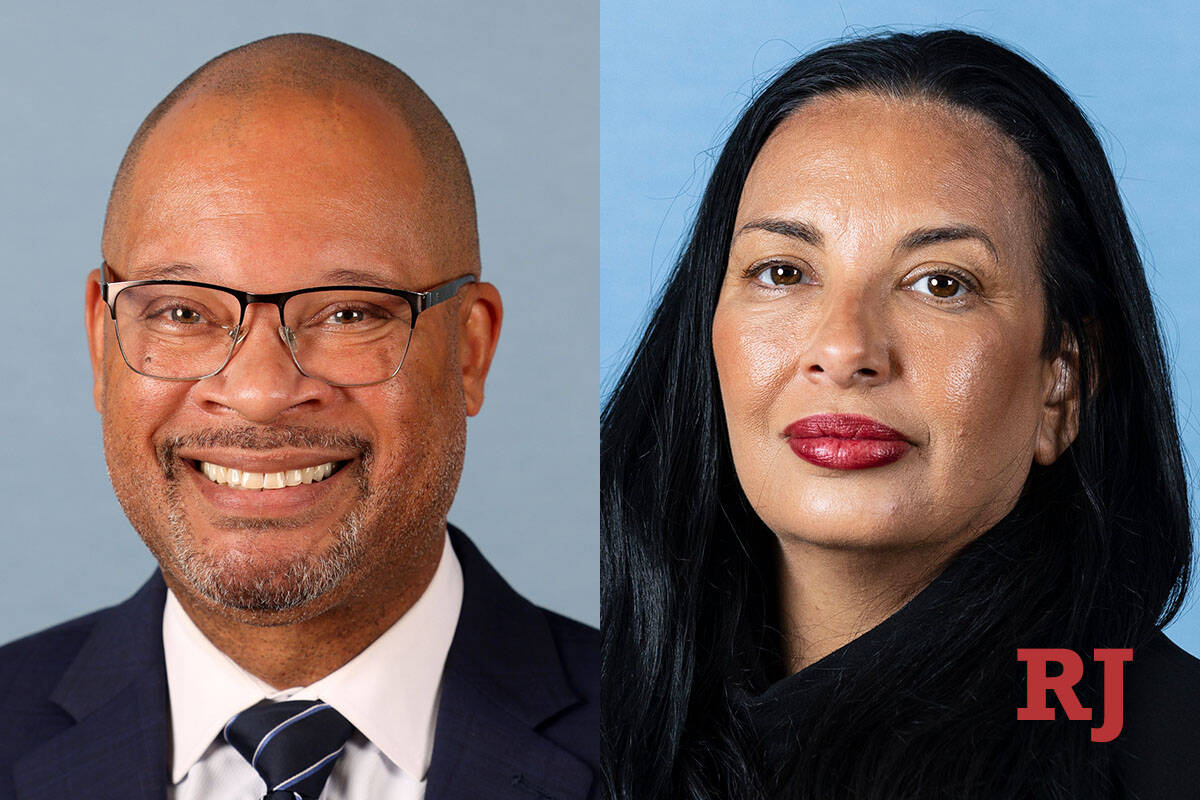 Democratic incumbent Attorney General Aaron Ford is facing two challengers for his seat as the state’s top cop. Republican Sigal Chattah and Libertarian John Kennedy are taking him on.

Kennedy could not be reached for this story.

The attorney general represents the state in court cases, works with state and local law enforcement and oversees programs regarding fraud and environmental protection.

Ford has held the job since 2018 and served in the state Senate starting in 2012, including as the Democratic majority leader. Public safety and consumer protection are his top priorities in a re-election campaign, he said.

“Whether it’s the $30 million that my office has brought in under my administration for opioid abatement issues, or whether it’s the another $100 billion that we brought in for other settlements against unscrupulous corporations who have taken advantage of our residents… these are issues that we need to have continued in this office, and I’m the best person to do that,” Ford said.

He has received support from a number of notable state Republicans, including former state Republican Party chair Amy Tarkanian and former Republican state Senate leader Michael Roberson, with whom he clashed when both were serving in the Legislature.

“I think most folks in Nevada recognize that we need to work together to get problems solved in our state and by having the support from not only Democrats but from Republicans, as well as independents, demonstrates that I’m capable of putting in work to get bipartisan solutions to the very important issues that we face,” he told the Review-Journal.

Chattah first came to statewide prominence in 2020 when she filed multiple lawsuits against the state regarding pandemic restrictions. She claimed Gov. Steve Sisolak went too far by closing places of worship. A native of Israel, she moved to Las Vegas with her family at 14 years old.

“Growing up and seeing where this country’s going, I don’t like what I see, because I see the American Dream being chipped away,” Chattah said.

She was inspired to run for office to fight political and bureaucratic corruption, she said.

“If you’re John Doe moving from California and you want to open up your business, in many sectors, you’re not going to be able to because you just don’t have the access that is needed to open that type of a business up,” she said. “In order to get that access you need to play ball. Unfortunately, playing ball in Las Vegas historically means making sure that the right people are greased.”

In return, she wants to protect qualified immunity for law enforcement officers, get rid of so-called ‘red flag laws’ which allow court orders to confiscate firearms from people who may be unstable and increase funding for mental health care in state prisons.

Her campaign has also been no stranger to scandal. Last year, a former political ally leaked a private text conversation with Chattah in which she attacked Ford with possibly racist language. She claims it wasn’t racially motivated.

“This guy should be hanging from a (expletive) crane,” she wrote of Ford, who is Black. “He’s like the leader of Hamas — making tons of money while the People in Gaza are starving.”