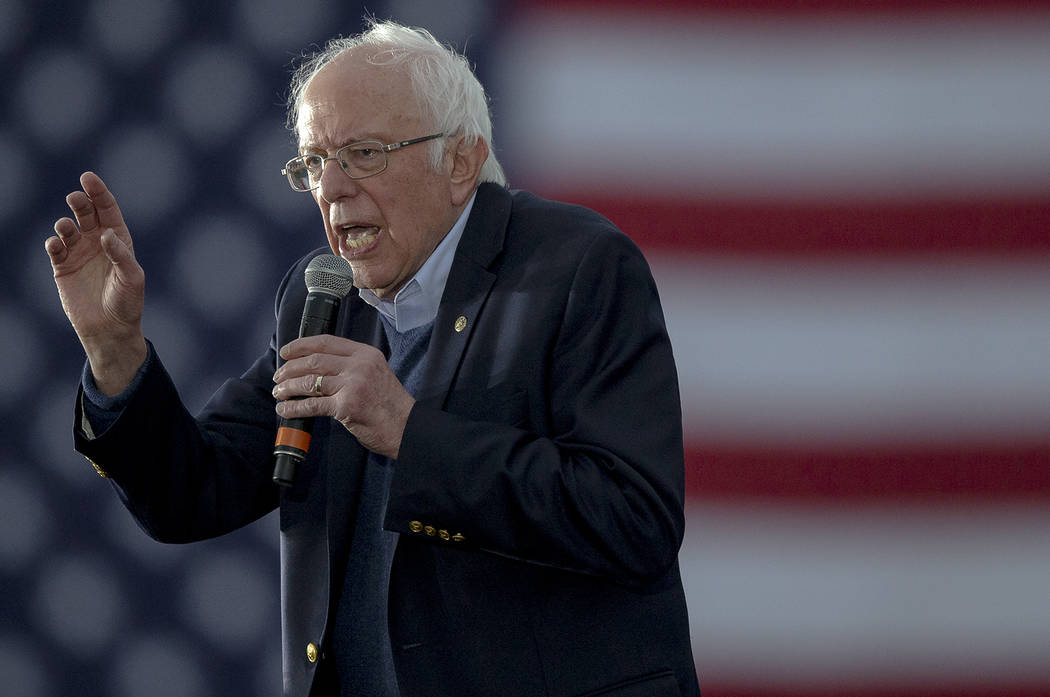 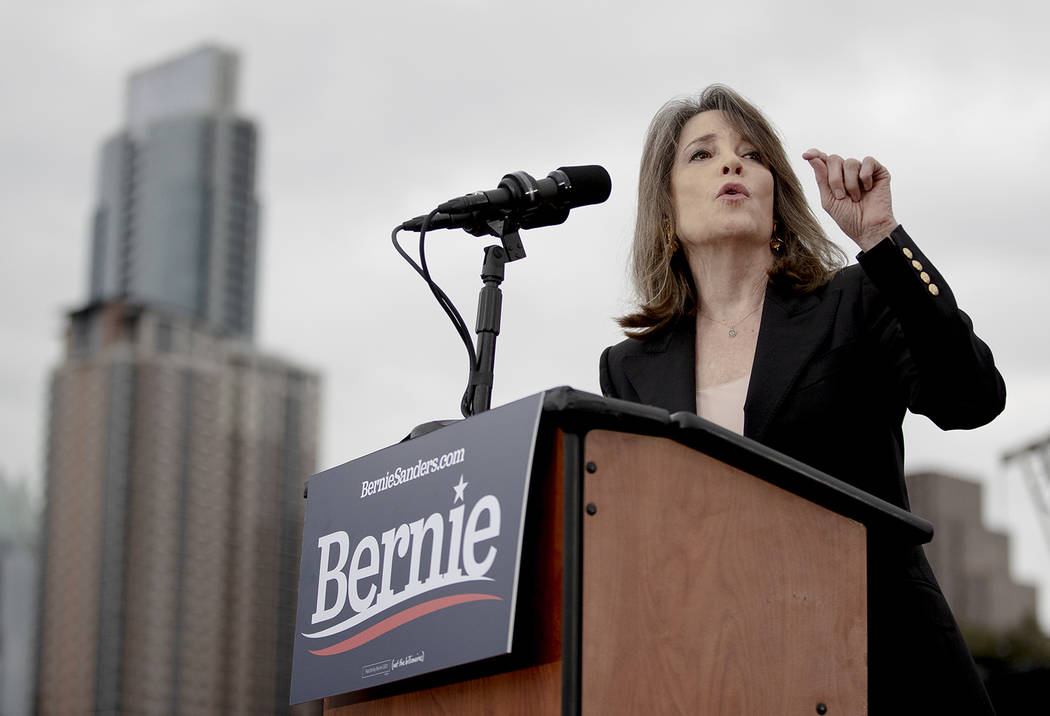 Vermont Sen. Bernie Sanders solidified a runaway victory on Sunday, as Nevada Democratic Party officials were wrapping up a count of votes cast in the state’s presidential caucuses.

With 87 percent of precincts reporting late Sunday, Sanders had won 47.1 percent of all county convention delegates, more than two times as many as his closest rival, former Vice President Joe Biden, who had 20.9 percent.

Former South Bend, Indiana, Mayor Pete Buttigieg — whose campaign protested what it called irregularities in some vote counting — was third with 13.6 percent, followed by Massachusetts Sen. Elizabeth Warren at 9.7 percent and businessman Tom Steyer at 4.6 percent.

Sanders didn’t linger to celebrate his victory, heading to Texas to campaign ahead of the March 3 Super Tuesday contests. One-third of the 1,991 delegates needed to win the party nomination will be up for grabs that day.

But the next election will be South Carolina’s Saturday primary. Campaigning in the Palmetto State, Biden touted his second-place finish in Nevada as the beginning of a comeback following disastrous results in Iowa and New Hampshire.

“We’re coming back and we are going to win,” Biden told a Sunday rally in South Carolina.

Back in Las Vegas, Buttigieg’s campaign disputed his third-place showing and called on state Democratic Party officials Sunday to release voting records to address problems it says marred the election and results.

Specifically, Michael Gaffney, the Buttigieg National Ballot Access and Delegates director, said that attempts to integrate the early vote with the Saturday caucuses was “plagued by errors and inconsistencies.”

Gaffney said the campaign received over 200 reports of problems throughout the state.

A state party official said the campaign should ask for a recount to dispute the results, the process for which was outlined in rules adopted long before the caucuses were held.

Party adviser Jon Summers, a former aide to U.S. Sen. Harry Reid, said the slow trickle of results was due to the party’s quality-control measures and not because of problems at caucuses.

President Donald Trump greeted Sanders’ victory by saying the man he refers to as “Crazy Bernie” would be the Democratic nominee.

“Bernie is looking more and more like he’ll be the nominee unless they cheat him out of it,” Trump told reporters at the White House on Sunday. “A lot of people thought he was going to be the nominee last time but it didn’t work out.”

In 2016, Sanders lost the Democratic presidential nomination to former Secretary of State Hillary Clinton. Sanders supporters said national Democratic Party officials who favored Clinton had tipped the scales for her.

Super Tuesday voting will be the first real test for billionaire former New York City Mayor Michael Bloomberg, who skipped the early states but has purchased millions in television advertising to tout his ability to defeat Trump.

Sanders has the money to compete, with $17 million, according to the most recent report filed with the Federal Election Commission. He’s followed by Biden with $7 million.

Bloomberg has pledged to spend whatever it takes from his personal fortune, while the other candidates, like Buttigieg, Warren and Minnesota Sen. Klobuchar, have far fewer resources needed to compete in multiple states, according to FEC reports.

Sanders, in a victory speech from Texas on Saturday, said that in Nevada “we have put together a multigenerational, multiracial coalition which is not only going to win in Nevada, it’s going to sweep this country.”

In Nevada, Sanders had more support among blacks and Hispanics than Biden, according to entrance polling for NBC.