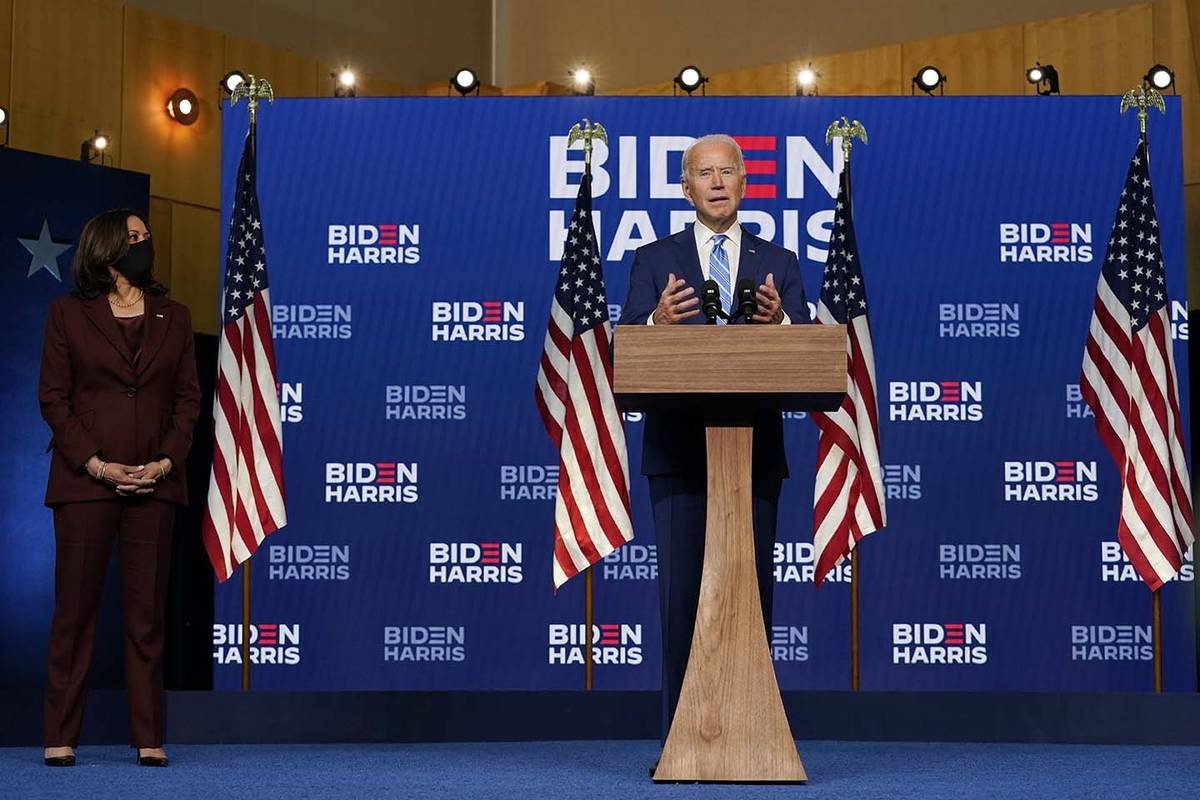 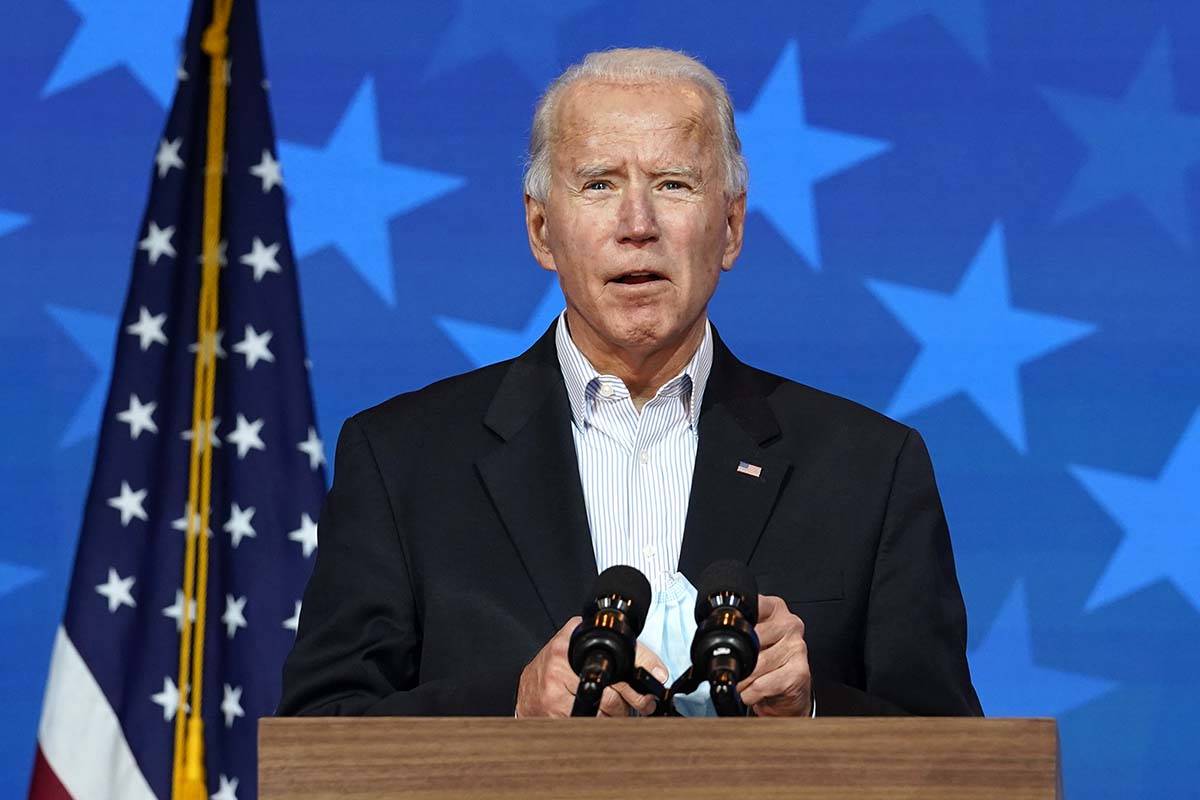 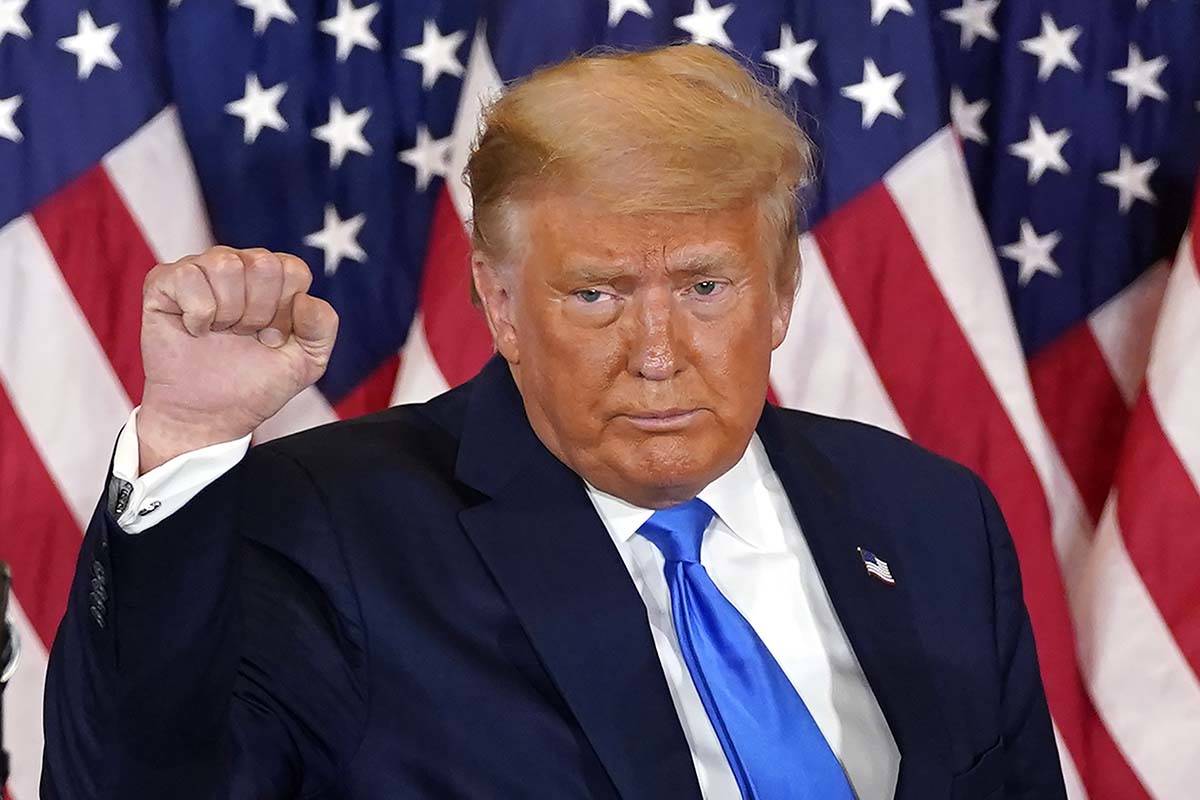 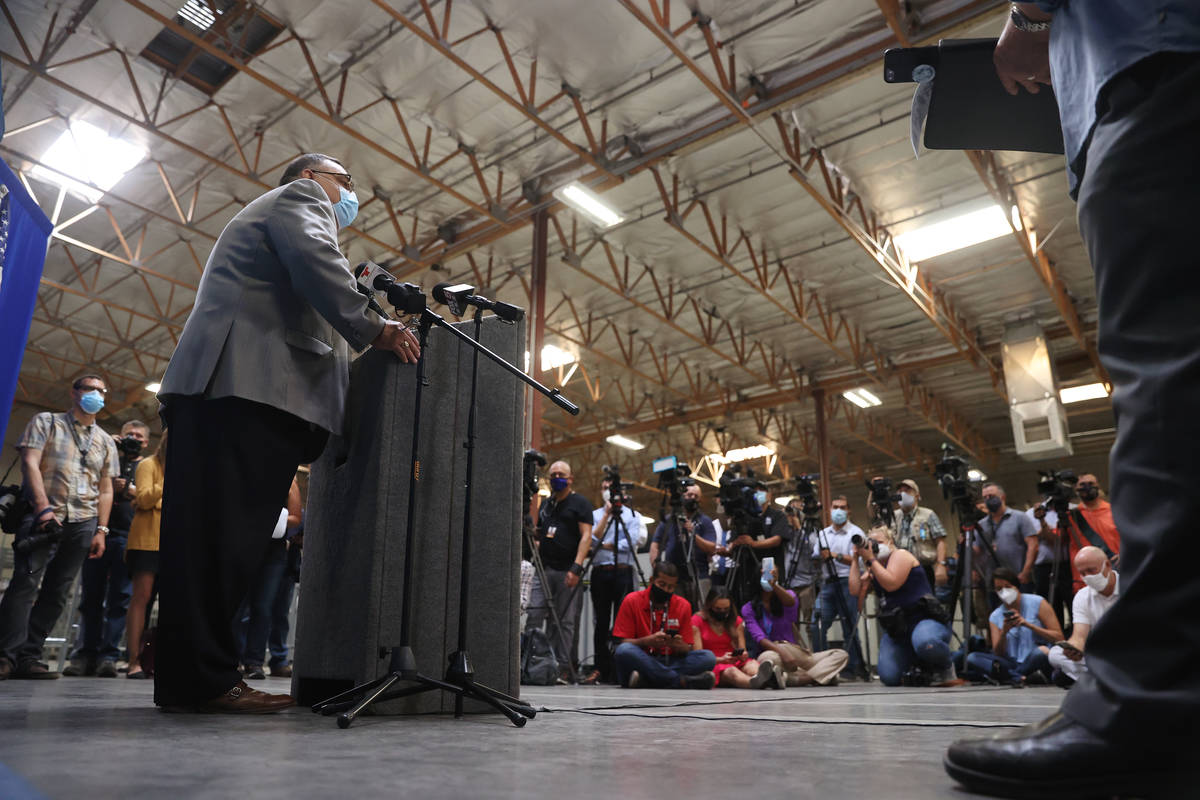 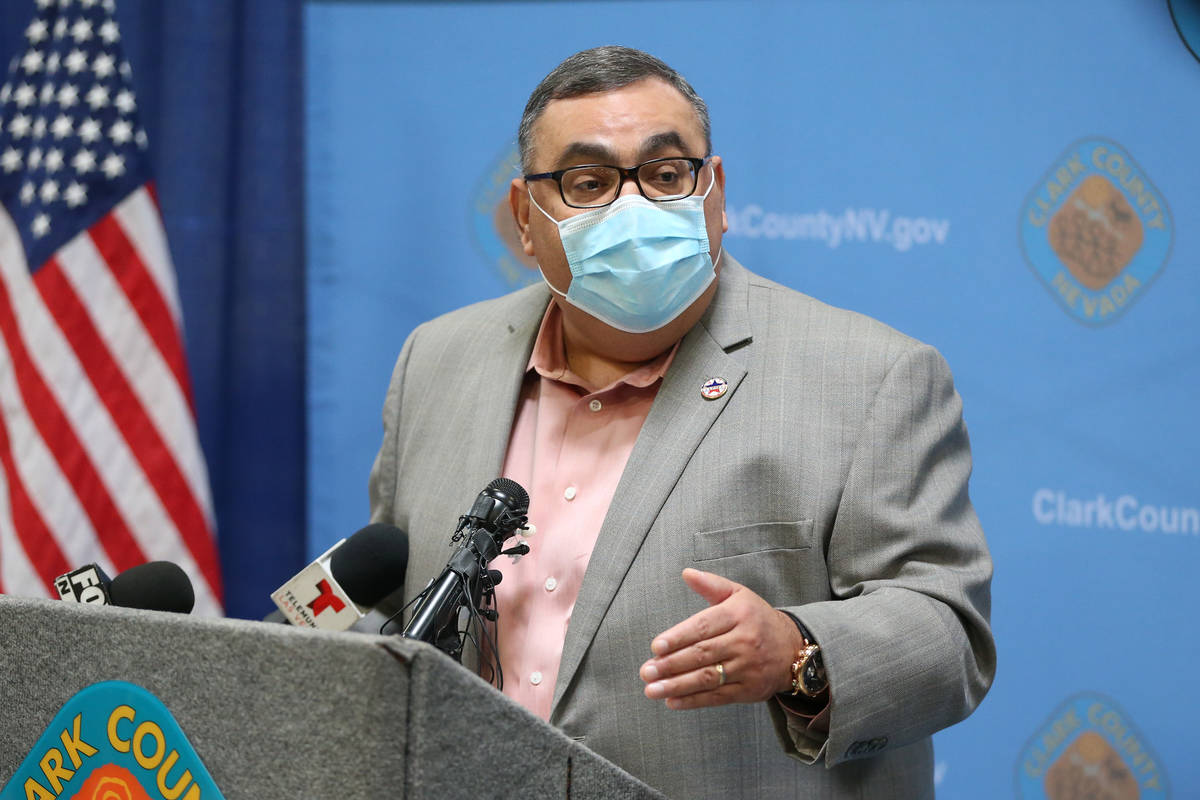 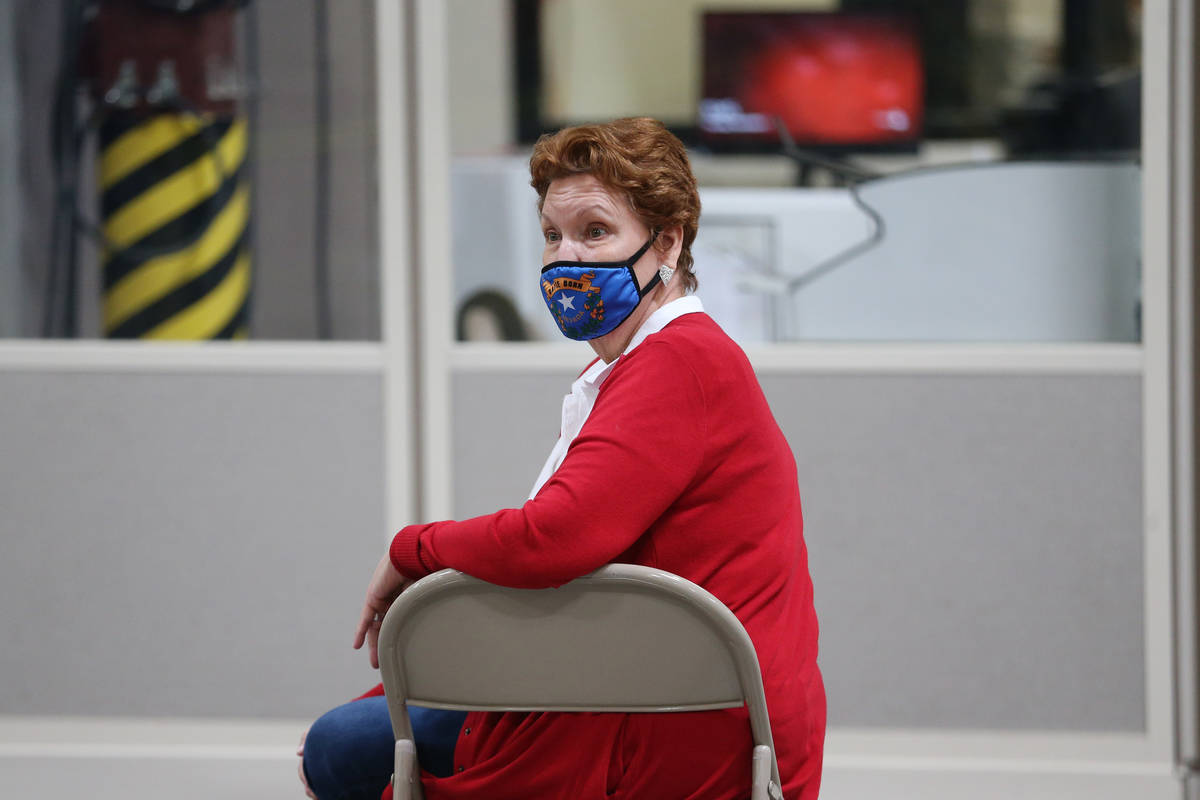 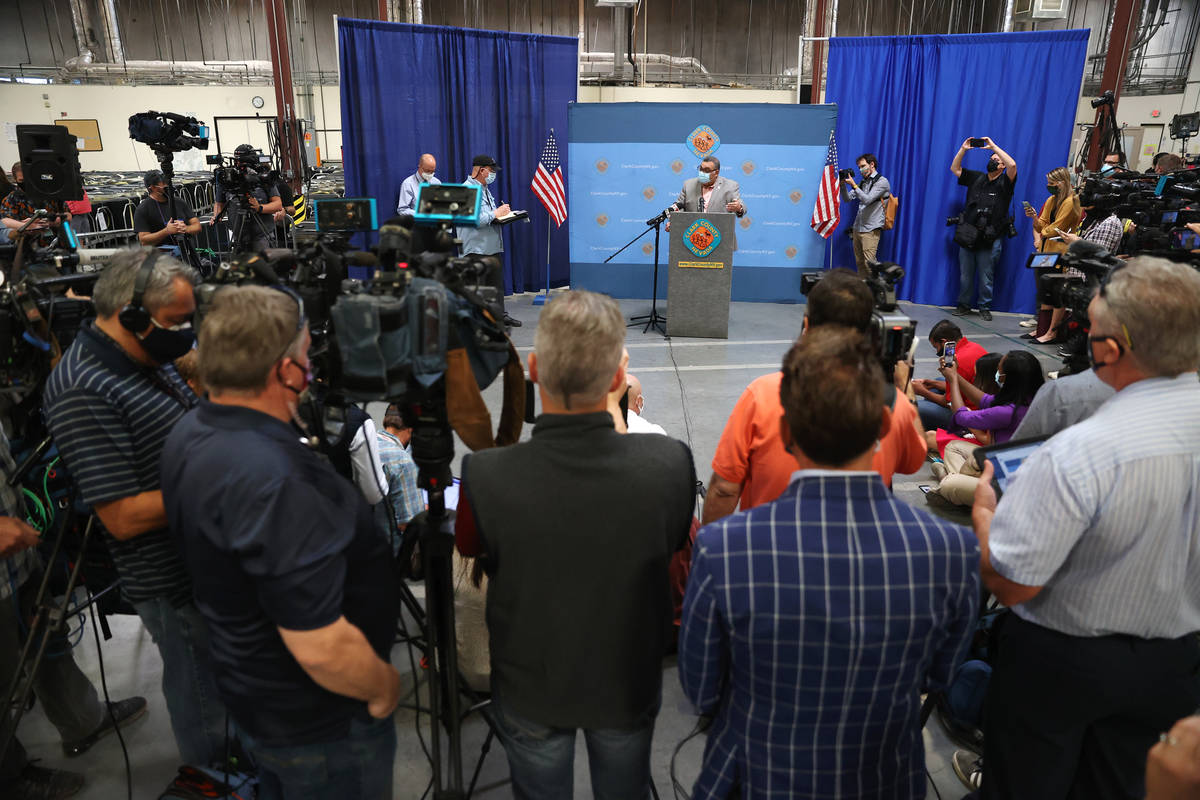 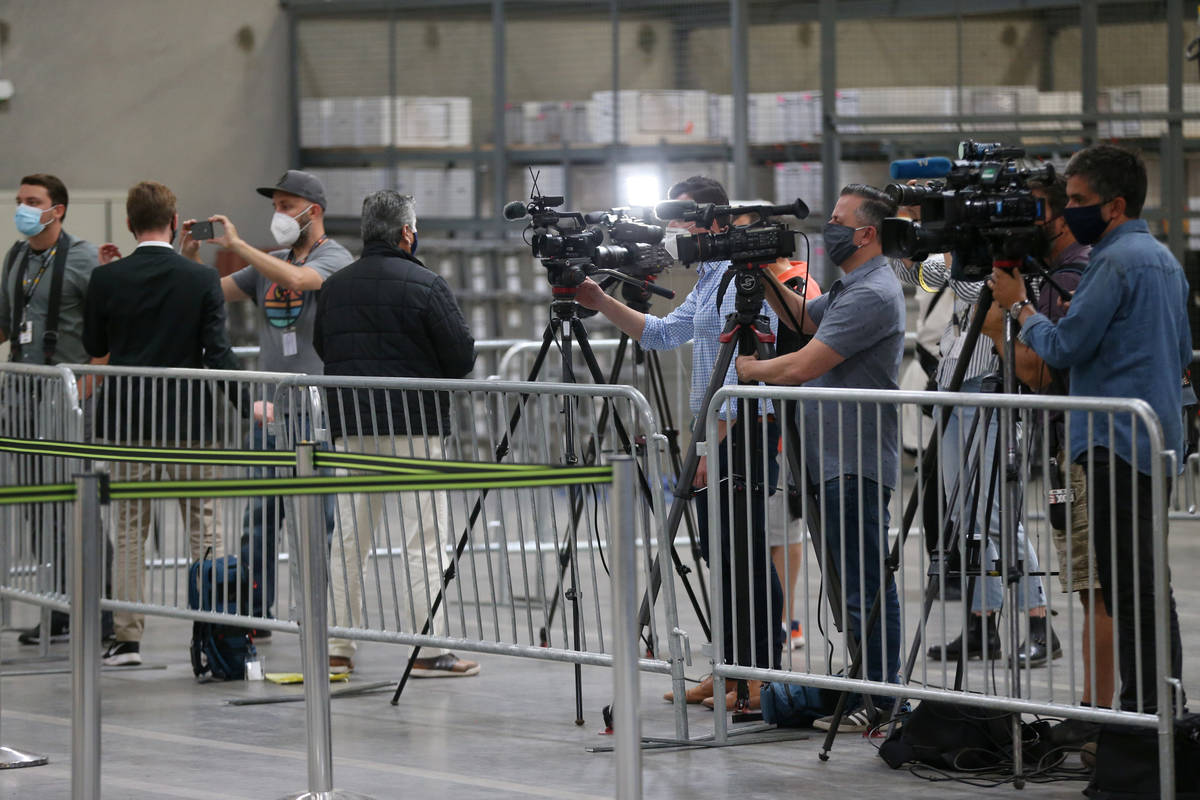 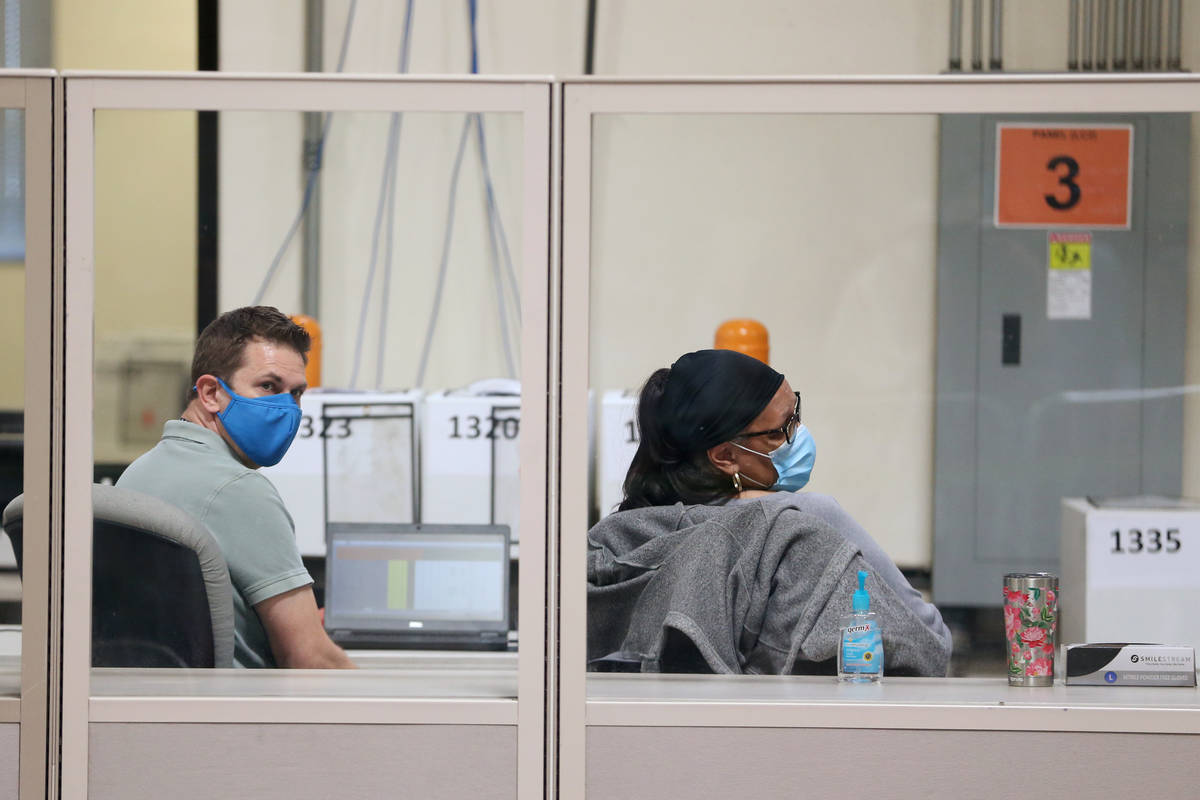 CARSON CITY — Former Vice President Joe Biden has expanded his lead over President Donald Trump in the now-pivotal swing state of Nevada, whose six electoral votes could deliver the Democrat the presidency if the margin holds or even grows as more ballots are counted.

Clark County Registrar of Voters Joe Gloria said his staff was prepared to count 51,000 votes on Thursday and report those results Friday morning. County officials later spelled out there are as many 170,000 additional ballots in various stages of being processed, verified or counted.

Thursday afternoon, the Secretary of State’s office released its own set of numbers noting about 190,000 ballots outstanding, 90 percent of them from Clark County.

Gloria said that mail-in ballots postmarked by Nov. 3 will continue to be accepted and counted until the Nov. 10 deadline. The deadline to finish the entire count is two days after, Nov. 12.

“The bulk of our ballots we are hoping will be ready by Saturday or Sunday this weekend,” Gloria said.

Nevada will continue to count ballots and update at least once daily. Secretary of State Barbara Cegavske, in a statement released late Wednesday, said that the remaining ballots were mail-in ballots received on or after Election Day and ballots from voters who registered at the polls on Election Day, as permitted by state law.

But the total number outstanding remains “unknown at this time,” she said. Counties received “a large volume of mail ballots on Election Day,” either dropped at ballot drop-off locations or delivered by the postal service.

The state cannot determine how many might be still outstanding because mail-in ballots were sent to all registered voters because of concerns over the COVID-19 pandemic. State law allows ballots postmarked by Election Day to be received and counted up to one week after Election Day.

“This combination means every registered voter who has not yet voted is a potential outstanding ballot,” Cegavske said.

Be patient, folks. Votes are being counted, and we feel good about where we are.

As Nevada appeared poised to deliver Biden victory, the former vice president’s standing in Georgia was also improving as more ballots were counted there. Though Trump comfortably led the state on election night, as of Thursday morning, Biden trailed by about 18,000 votes, or 0.4 percentage point, with about 61,000 votes outstanding. Georgia elections officials hoped to finish the count at midday Thursday.

The Trump campaign has moved aggressively with legal action on ballot counting in Georgia and other battleground states. It has formally requested a recount in Wisconsin, which was called for Biden on Wednesday, and has also filed new lawsuits in Pennsylvania, Michigan and Georgia, in addition to pending actions in Nevada and another in Pennsylvania.

‘Until every vote is counted’

Nevada Gov. Steve Sisolak sent out a statement on Thursday night in response to Trump’s message to the American people on the election.

“President Trump’s comments to the American people tonight on the election were misleading, dangerous, and – most concerningly – false,” he said in the statement. “It was clear that the intent of his message was to undermine the public’s confidence in the integrity of our election processes and system, which in turn undermines one of the core pillars of our democracy.”

Regarding Nevada’s election count, Sisolak said the state’s election administration officials are required to keep counting under state law, “and that is exactly what they’ll do until every vote is counted,” he said. “Despite national pressure, our election officials and public servants continue to prioritize accuracy and fairness in this process. That should make all Nevadans proud.”

Sisolak asked Nevadans to “support our election workers, trust this process and respect the results when they are certified as final.”