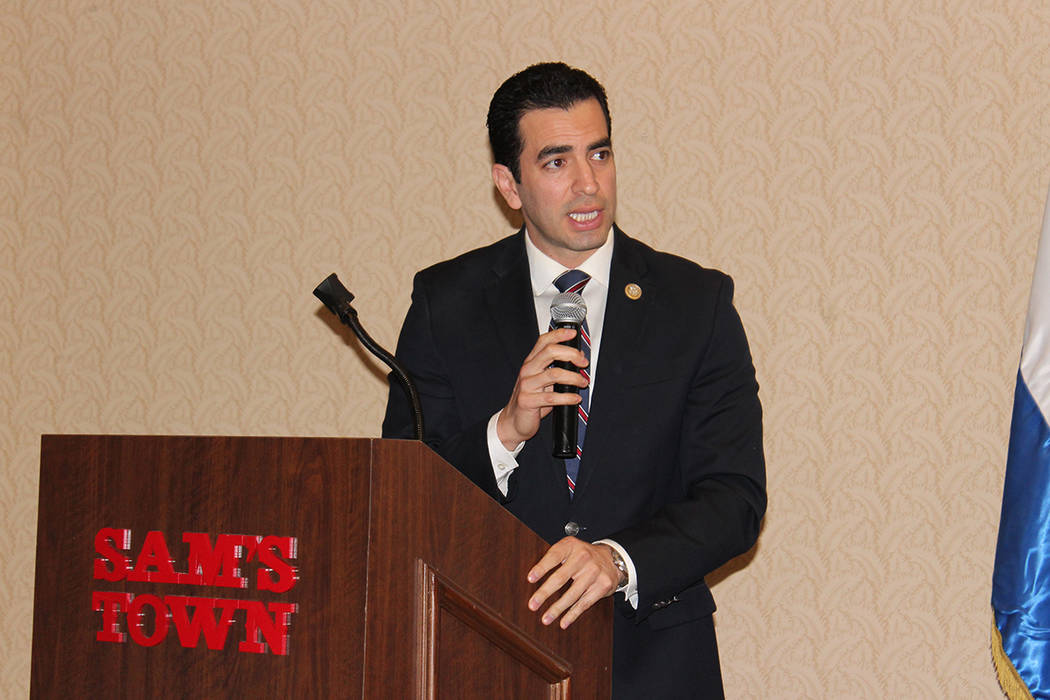 U.S. Rep. Ruben Kihuen, who said in December that he will not seek re-election after multiple women accused him of sexual harassment and repeated unwanted sexual advances, is reconsidering his decision.

A Democrat operative in Washington told the Las Vegas Review-Journal that Kihuen is keeping “all options open.” The freshman Democrat representing Nevada’s 4th Congressional District reportedly reached out to Culinary Local 226, which propelled him to victory in 2016, and former U.S. Sen. Harry Reid to gauge their support.

Neither the union nor Reid responded to requests for comment.

The House Ethics Committee announced Dec. 21, 2017 that it would establish an investigative subcommittee to review allegations of sexual misconduct by Kihuen. The investigative panel was installed on Jan. 2.

NARAL Pro-Choice Nevada was one of numerous groups to call on Kihuen to resign after the allegations came to light in December. The group repeated that stance Wednesday.

“In case we weren’t clear enough the first time, we will reiterate our message to Rep. Ruben Kihuen: no means NO,” NARAL Pro-Choice Nevadadirector Caroline Mello Roberson said in a statement.

Kihuen has denied the claims against him, but has kept a low profile since in the halls of Congress since the accusations became public in November.

The 4th District favors Democrats in terms of voter registration, so it’s no surprise that Democrats are starting to line up for the chance to replace Kihuen.

Candidate filing began Monday and ends March 16. Although several candidates have said they will run for the seat, only Republican Cresent Hardy — whom Kihuen defeated in 2016 — and Democrat Amy Vilela have filed the election paperwork.

Nevada Treasurer and Republican gubernatorial candidate Dan Schwartz launched a pair of 15-second television ads this week, boasting that he can fix education and attacking opponent Adam Laxalt as an “empty suit.”

One ad blasts Laxalt, considered the frontrunner to win the GOP nomination, as beholden to special interests, saying he’s “taken money from just about every lobbyist and big casino in town.”

“We prefer to let the thousands of grassroots supporters who are enthusiastic about Adam’s vision for Nevada and joining our grassroots team — the one we’re building to be better than any other this state has ever seen — respond on behalf of our campaign,” Matthews said in an email.

Schwartz, who was elected treasurer in 2014, has made a point of highlighting that he has not received any donations from casinos in either his 2014 run or his current bid for governor.

The second ad claims Schwartz can fix education in the Silver State.

“Despite millions spent and a huge tax hike, Nevada’s schools are last in America,” the ad starts out, before finishing with with “Dan Schwartz will fix it.”

Cegavske said the accusations are “completely untrue” and “demonstrabily false.”

iVote, a group that advocates for equal voting rights, claims voters were deleted from Nevada’s official registration list after they failed to return address confirmation postcards sent by the DMV. The decision, officials said, was spearheaded by Cegavske.

“Nevada is a transient state and many voters move residences between elections but they should not be required to contact an obscure governmental agency in order to maintain their registration and not be purged from voting in the next election,” said Jeremy Bird, a member of iVote’s board of directors. “Yet, Nevada’s Secretary of State refuses to use resources within her disposal to keep eligible voters registered because she is following a systematic Republican plan to disenfranchise millions of voters who won’t vote for them.”

Bird said his organization is planning “a six-figure independent campaign to remove” Cegavske from office. She is running for re-election against Democrat Nelson Araujo.

Cegavske said Wednesday that 75,000 registered voters were made inactive because they might have moved — but no one was deleted and they’re still eligible to vote. She also said Clark County’s elections office — not the DMV — sent voter registration cards to voters and a second confirmation card to those addresses that were undeliverable.

“Had iVote been responsible and taken the time to learn and understand exactly how recent list maintenance activity was performed, the organization would have been spared the embarrassment of releasing such a dishonest statement,” Cegavske said. “The total disregard for truth in the statement from iVote is partisanship at its worst.”