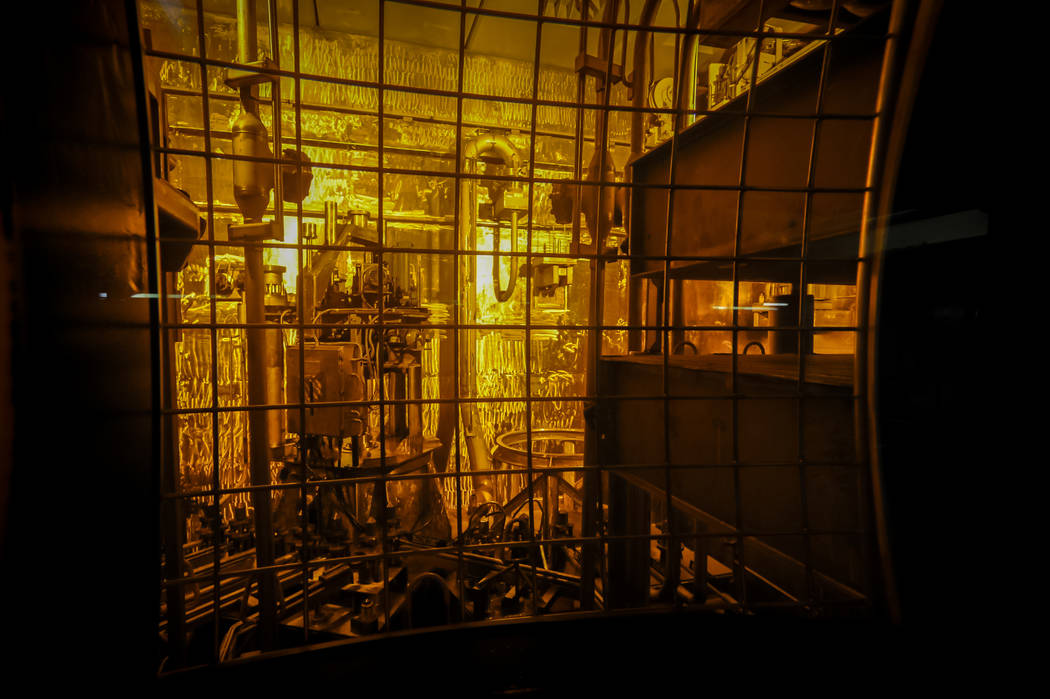 The area where workers sand-blast the large stainless steel tanks used in the vitrification process to rid them of contaminates at the Defense Waste Processing Facility at the Savannah River Site near Aiken, S.C., is seen through protective glass on Nov. 20, 2013. (Stephen B. Morton/AP, File)

CARSON CITY — Nevada is asking a federal judge to order the removal of a half-metric ton of weapons-grade plutonium that was secretly shipped into the state by the U.S. Department of Energy last year.

The request was made in an “urgent” motion filed in the 9th Circuit Court of Appeals late Monday, marking the latest exchange in the escalating legal battle between the state and the Trump administration over the shipment.

“The Department of Energy is trying to turn the Silver State into the Radioactive State,” attorneys for Nevada wrote in the filing.

Nevada argued that the court has the authority to undo actions taken by the government — in this case shipping plutonium from South Carolina to a federal site located roughly 70 miles northwest of Las Vegas — and said that the judge should “order DOE to remove the half ton of plutonium nefariously shipped into the state while Nevada appeals.”

If the court won’t order the removal, the state’s attorneys asked for it to at least block the federal government from shipping any additional plutonium into Nevada from South Carolina.

The Energy Department was under a federal court order in South Carolina to move the plutonium from the Savannah River Site by January 2020.

Nevada officials attempted to block the the Energy Department’s plan to ship the nuclear bomb-making material to the Nevada National Security Site northwest of Las Vegas, and asked a federal judge in November to block the shipment.

But in January, attorneys for the federal government revealed the plutonium had already been shipped before that lawsuit had been filed. A federal judge in Reno then ruled that the state’s lawsuit was moot because the material was already in the state, and the state appealed the decision.

But exactly what kind of plutonium was shipped, how it was transported and the route the nuclear material took getting to the security site still has not been disclosed by the federal government.

State officials believe the plutonium shipped into the state was in a powder or granular form, which they say is more volatile and dangerous than the form used in the core of nuclear bombs.

Now, in the latest filing in the appeals court, Nevada is arguing that the presence of the plutonium in the state will lead to increased radiation exposure equivalent to receiving 100 to 200 X-rays per year for three years. The state’s attorneys argued that constitutes irreparable harm to Nevada and the public.

The federal government had not filed a response to Nevada’s motion as of Tuesday night, but have until Friday at 5 p.m. to do so.