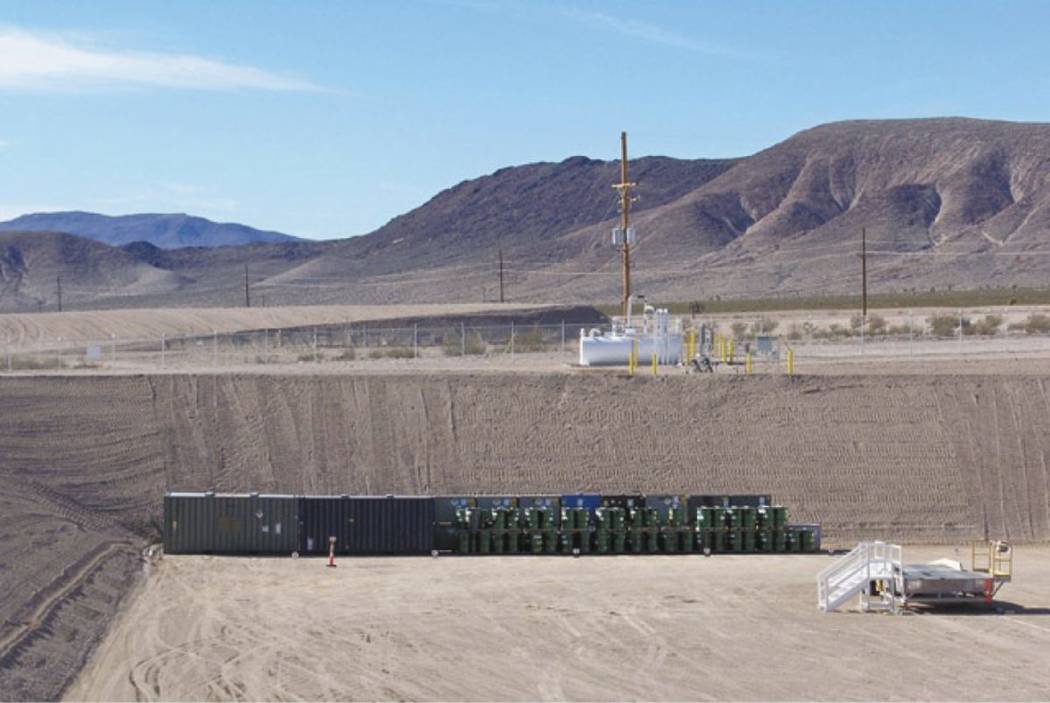 A half-metric ton of weapons-grade plutonium was secretly shipped from South Carolina to the Nevada National Security Site, located about 65 miles northwest of Las Vegas. (Department of Energy)

CARSON CITY — Nevada is appealing a federal judge’s ruling to allow the future transfer of nuclear material from South Carolina to a federal site north of Las Vegas.

The state filed a request for a preliminary injunction to stop the Department of Energy from shipping a metric-ton of weapons grade plutonium from South Carolina into the state in November, but a judge last week denied that injunction.

On the day of the judge’s ruling, the Energy Department disclosed that it had delivered half a metric ton of the material, which is used as the core material in nuclear weapons, into the state before the initial lawsuit was filed.

“My administration continues to exercise every legal tool at our disposal to fight back against the federal government’s reckless disregard for the safety of Nevada’s families and environment,” Gov. Steve Sisolak said in a statement. “As I said in my State of the State address, I will stand up to any attempt to send even one ounce of nuclear material to Nevada.”

In a filing in federal court Monday, Nevada told the court that it will appeal the judge’s decision to the Ninth Circuit Court of Appeals.

“As I’ve said before, Gov. Sisolak and I will vigorously oppose any future shipments of plutonium to our State, and are deeply disappointed by the District Court judge’s decision to deny our attempts to do so,” Attorney General Aaron Ford said in a statement. “Today, we provided the District Court notice that we will appeal this decision to the 9th Circuit Court of Appeals. This notice of appeal will serve as a message to the courts and to every Nevadan: that the Nevada Attorney General’s Office will exhaust every legal avenue to ensure the health, safety and economic prosperity of its residents is not jeopardized.”

U.S. Sen. Catherine Cortez Masto, D-Nev., said Monday that she will do “all I can at the federal level to support Attorney General Ford, and Governor Sisolak.”

“I’m committed to getting answers on how this plutonium was shipped, when it will be removed from the State of Nevada, and keeping any future shipments from ever being sent into our state without our knowledge,” Cortez Masto said.

The DOE in an analysis released in July 2018 said the plutonium from the Savannah River Site in South Carolina was be packaged in canisters and sent by unmarked trucks to the Nevada security site and a plant in Texas.

DOE and NNSA were under a federal court order in South Carolina to move the plutonium from the Savannah River Site.

A statement by the DOE released last week said it was “inaccurate” to say Nevada officials were surprised by the shipment of plutonium because the department publicly announced its intentions in the July 2018 analysis.

That analysis, Nevada officials said, prompted the state to file a lawsuit seeking an injunction to block the shipment on Nov. 30.

Cortez Masto, a former Nevada attorney general, said DOE did not disclose the shipment during a January hearing on the motion for an injunction. “That is the most outrageous thing about this.”

The state’s congressional delegation has asked the DOE and NNSA for answers to specific questions about the transfer of plutonium, including the routes used to move it to the Nevada test site and whether the material traveled through Las Vegas.