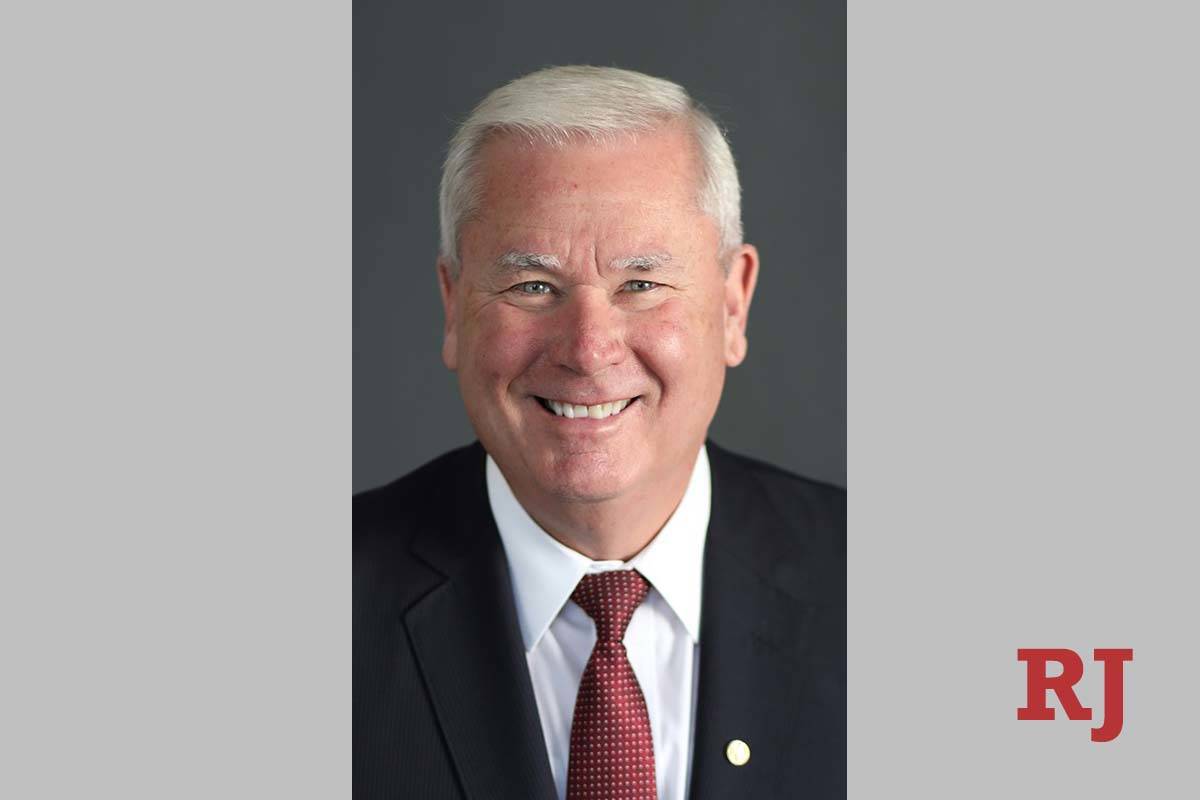 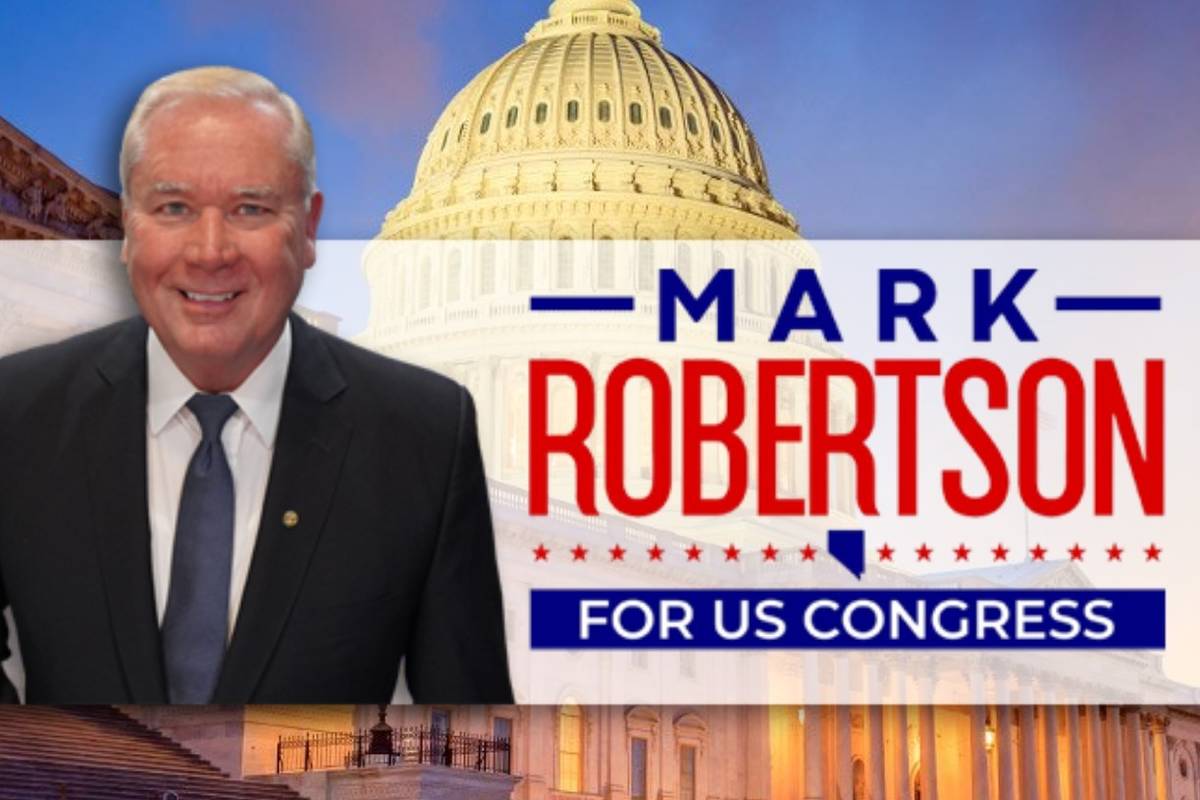 The Henderson resident sold his stake in a financial planning business, RDJ Financial Architects, in January — some 17 months before the 2022 primary election and nearly two years out from the general.

“I am working full-time on this campaign,” the Republican first-time candidate told the Review-Journal in an interview Wednesday. “I want to spend as much time talking to people in CD3. I’m doing two or three meet-and-greet events in people’s homes and around the district each week.”

Robertson spent 30 years in the U.S. Army and its reserves, enlisting as a private at 17-years-old and retiring as a colonel. He served in 10 different countries and earned a Bronze Star and a Legion of Merit for his actions in Iraq, Afghanistan and Kuwait.

He served in the Pentagon as a national defense adviser to the Secretary of Defense’s office and was part of the U.S. delegation to Jordan for a coalition meeting to combat ISIS.

Robertson was the first candidate to enter the 3rd District’s Republican primary, and he has raised about $174,000 since January, putting him behind the highest-profile candidate, attorney April Becker ($394,000), but well ahead of the more recent competitors, attorney Noah Malgeri and construction developer John Kovacs.

“I’m not happy with the direction that the Democrat socialists are taking us,” Robertson said. “There is a monopoly of power with Democrats in control, and they are moving us towards socialism.”

Robertson said election and border security are key issues for him. He would seek to outlaw ballot harvesting, enact voter ID laws and limit mail-in voting to only those who request an absentee ballot, as he did for many years in the military.

Asked if “election integrity” — one of Republicans’ many favored buzz terms over the past 10 months — meant to him that the results of the 2020 election in Nevada were not accurate, Robertson said there was likely some fraud in recent elections, but he had not seen enough evidence to show a result should have been overturned.

“Monopolistic tech companies have the power to censor a U.S. president,” he said, referring to Facebook, Twitter and other companies’ decisions to ban former President Donald Trump from their platforms. “I posted a Facebook Live talking about what’s happening in Cuba, and it disappeared. No warning or notice of violation.”

Robertson also supports school choice and a voucher system for parents who wish to enroll their students in private or charter schools.

His website lists a wide breadth of other topics and a lengthy list of supporters that includes Rep. Mark Amodei, the Nevada congressional delegation’s only Republican, and former Clark County Commissioner Bruce Woodbury, who is chairing Robertson’s campaign.

Amodei has not formally endorsed Robertson, the candidate said, but he has donated money to his campaign.

Robertson said he and his wife were recently flown to Washington, D.C., by the National Republican Congressional Committee, which explained the requirements for inclusion in their Young Guns program in 2022: Build a strong campaign committee, raise $100,000 in a quarter and $500,000 before the June primary.

The national group did not respond to a request for confirmation of this meeting and its requirements. Robertson said he has met the first two requirements and will reach the third goal.

He said he believes his military experience and foreign policy knowledge set him apart from the rest of the Republican field. He has also lived and owned a business in the district for longer than most of the other challengers.

Robertson holds a finance degree from Brigham Young University and a master’s in business administration from City University of Seattle. He previously taught finance courses at UNLVand through his former business, advised people on creating a budget and meeting financial goals.

In July, the Democratic Congressional Campaign Committee released a statement condemning the 3rd District’s Republican field as a whole.

“The GOP primary in Nevada’s Third District is already shaping up to be a damaging race to the right,” spokeswoman Johanna Warshaw said. “As extremist candidates scramble to align themselves with the most far-right fringes of their party, Congresswoman Susie Lee is focused on getting Nevadans back to work and ensuring a strong economic recovery for southern Nevada.”

5
Kanye West says ‘I like Hitler’ in shocking antisemitic rant