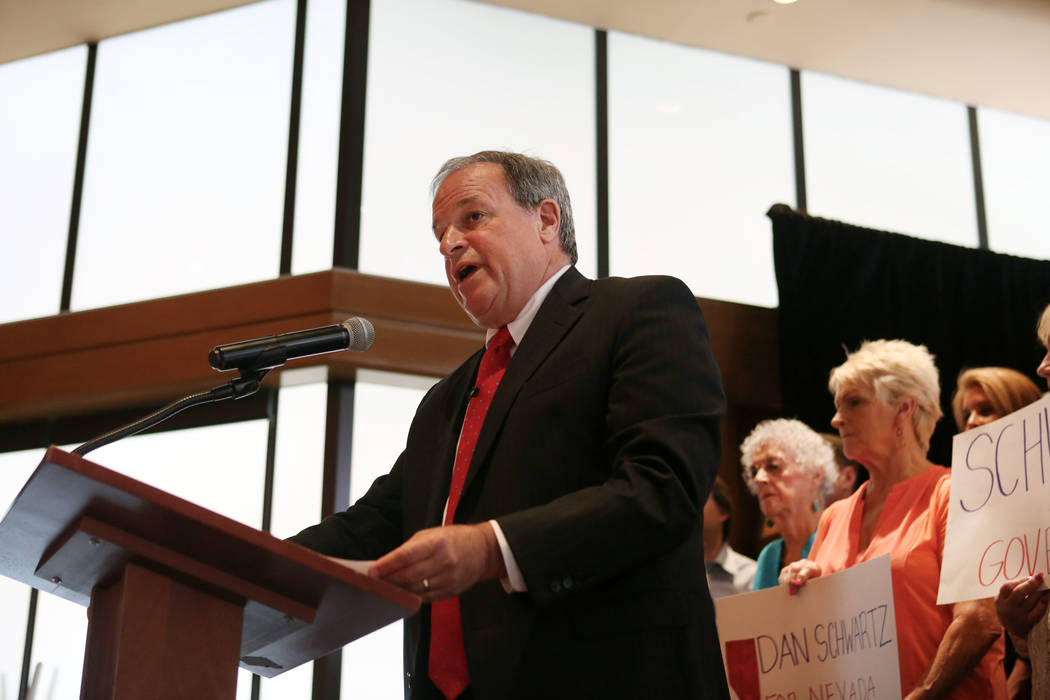 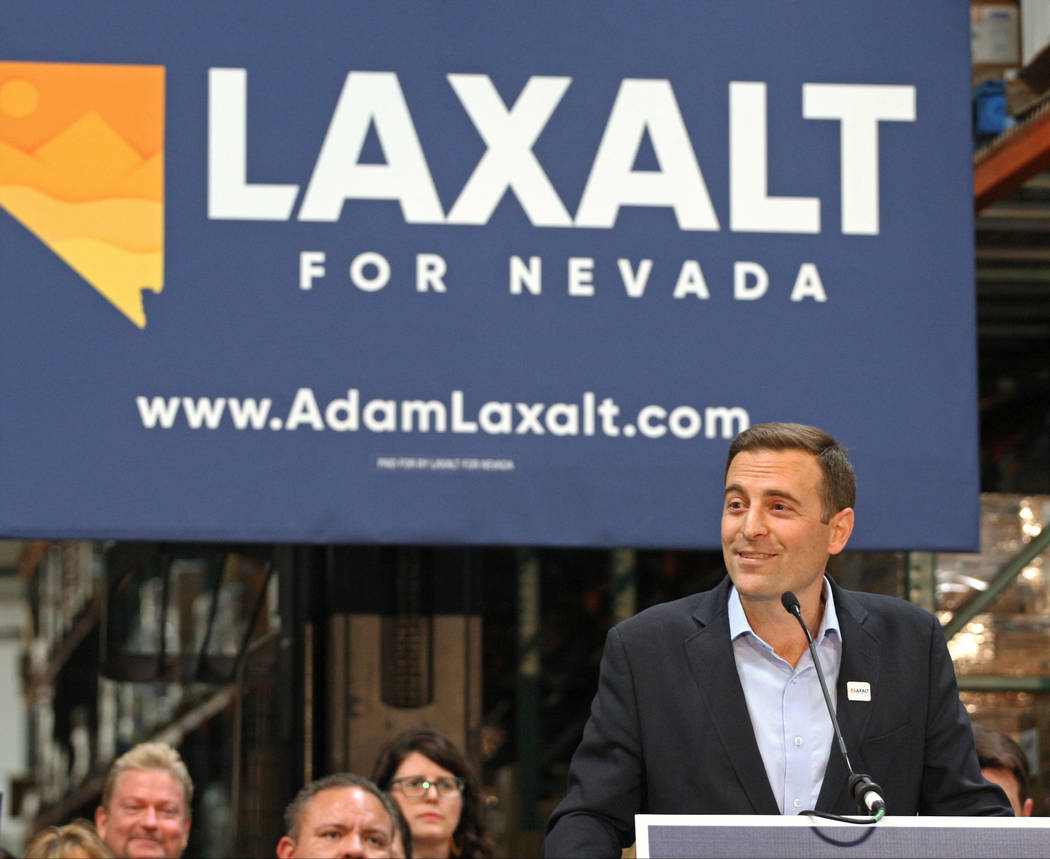 Schwartz said Laxalt in three instances this year has demonstrated that he can not separate his official office from his political ambitions, citing Laxalt’s request to state Gaming Control Board Chairman A.G. Burnett to get involved in a lawsuit between Las Vegas Sands and a former employee, his controversial vote in a high-profile pardon case and his attempt to combat ensuing media reports, and him asking Reno Mayor Hillary Shieve to not sue pharmaceutical companies after Laxalt took $7,500 in campaign donations from drug manufacturer Pfizer.

“There’s been enormous conflict of interest throughout,” Schwartz told the Review-Journal.

While Laxalt has come under fire for these allegations, no formal complaints or official action has been taken against him by state officials.

“It’s late on Friday afternoon. Shouldn’t Dan be back at his San Francisco weekend home by now? This is a laughable political stunt from someone who has been unable to gain traction after campaigning for months,” Matthews said in a statement sent to the Review-Journal.

Schwartz’s 2014 campaign for treasurer did not receive any donations from casino companies.

And because of Laxalt’s interaction with Burnett regarding the Sands lawsuit, Schwartz said he wants to know if Laxalt received donations or payments from Las Vegas Sands before becoming attorney general.

Schwartz wasn’t the only gubernatorial campaign to sling political mud at Laxalt Friday.

Clark County Commission Chair and Democratic candidate for governor Steve Sisolak criticized Laxalt for failing to respond to a request to join a lawsuit against the Trump Administration’s decision to stop Cost Sharing Reduction payments to health insurance companies, which were considered a key part of the Affordable Care Act.

“This was an urgent matter impacting the lives of thousands of hardworking Nevada families that required immediate attention and his inaction is unacceptable,” Sisolak said in a statement.

The Las Vegas Review-Journal is owned by the family of Las Vegas Sands Chairman and CEO Sheldon Adelson.