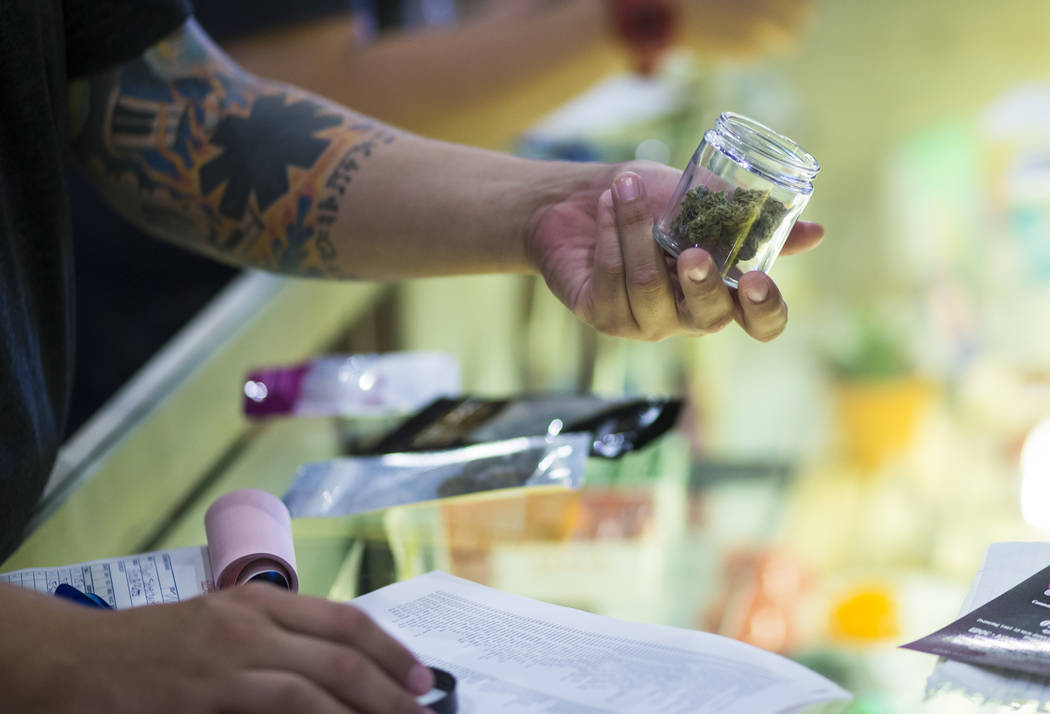 CARSON CITY — The legal saga of who can transport recreational marijuana to the state’s pot shops continues, with the Nevada Supreme Court issuing a temporary injunction prohibiting the state Department of Taxation from licensing marijuana businesses as distributors.

The Supreme Court, in an order dated Thursday, denied a request by the Tax Department to reject the temporary injunction sought by alcohol distributors. The request for the injunction was filed by the Independent Alcohol Distributors of Nevada. The court also rejected the agency request to dismiss the case.

The court has ordered oral arguments in the dispute over who should be able to distribute recreational pot for Oct. 3 at the Boyd School of Law at UNLV.

Alcohol distributors argue that they have the exclusive right under Question 2 to distribute recreational marijuana from grow facilities to retail establishments for 18 months. The Tax Department found that the liquor industry was unable to fulfill the distribution demands so it had to license other companies.

The legal battle has been waged since June, when liquor distributors sued to stop the licensing of marijuana companies to do their own distribution. The Tax Commission last month upheld the finding that there was insufficient interest from alcohol distributors, and that not licensing marijuana companies would create an emergency situation that would hinder supply that could affect the state budget.

The Tax Department, in a filing opposing the injunction, said Gov. Brian Sandoval’s statement of emergency regarding the distribution issue was valid. The statement cited concerns about the loss of tax revenue to the state, the risk of “black market” sales, and the potential economic loss to Nevada businesses, employees and investors.

Alcohol distributors argue there is no emergency situation requiring the Tax Department to license other businesses as pot distributors.