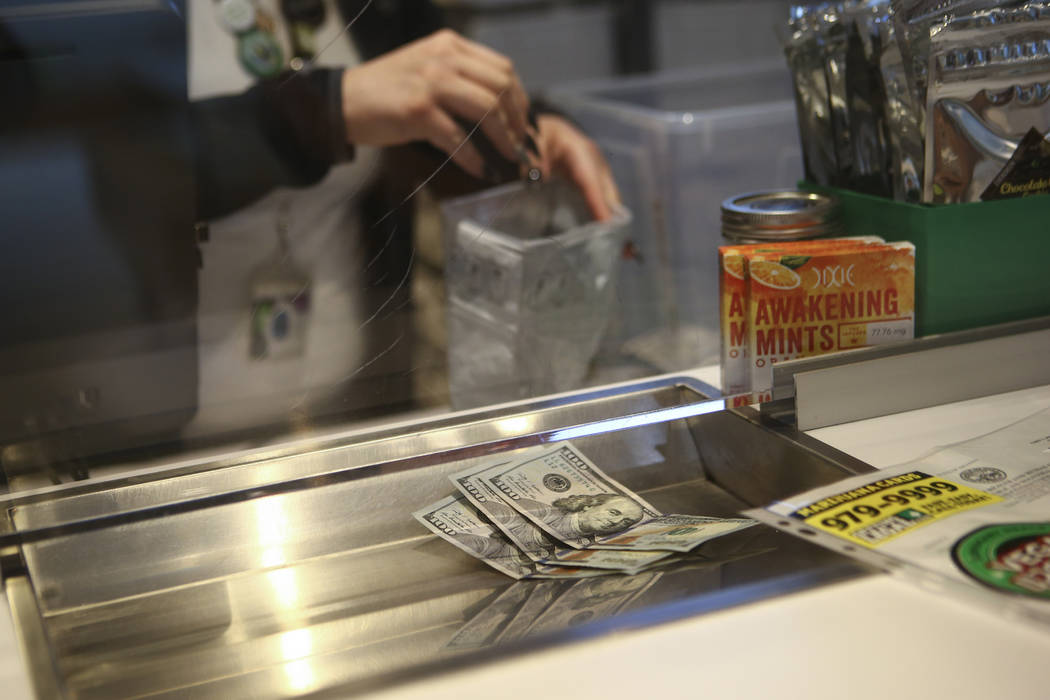 CARSON CITY — Nevada’s first full year of legal adult-use marijuana sales is set to exceed more than $400 million in sales. But the dispensaries, producers and marijuana growers in the state still have no stable place for all that cash.

A proposed law for the 2019 Nevada Legislature could prove to be a remedy for what is seen as one of the biggest issues facing the booming cannabis industry in the Silver State.

The proposal comes from Senate Judiciary Committee, currently chaired by state Sen. Tick Segerblom, D-Las Vegas. It would create a state-chartered bank where privately insured institutions would be licensed to handle money from marijuana businesses.

Most major banks are federally regulated, and because marijuana is illegal federally, most banks aren’t willing to work with marijuana companies for fear of becoming a target of the federal government.

That’s led to most marijuana companies dealing in cash only. And when it comes time to pay taxes or rent, it involves carrying around large amounts of cash, often in duffel bags, which presents an inherent security risk by making those businesses an easy target for thieves.

“Banking is definitely a top priority,” said Riana Durrett, executive director of the Nevada Dispensary Association. “It’s a matter of security and safety for everyone involved.”

The final language of Segerblom’s bill is still being drafted, but he said it will closely mirror a recent proposal from the California Legislature.

If Segerblom’s bill becomes law, marijuana businesses would be able to deposit money into state-licensed banks, which would issue checks that could be used for things such as paying taxes to the state, rent and vendors.

Under Segerblom’s bill, the state-chartered banks would be privately or self-insured. For local credit unions, such as the Clark County Credit Union or Silver State Schools Credit Union, that would eliminate much of the risk associated of working with marijuana businesses.

But Durrett said that in order for a charter bank system to work, it would need to be financially feasible for the cannabis companies. Other proposals that have come up in recent years, she said, have not been affordable options for the industry.

“We need banking, but we need it to be cost effective,” Durrett said.

Segerblom, who will give up his state Senate seat if he wins election to the Clark County Commission in November, said he hopes the bill will spur bigger banks to work with marijuana companies.

“What I’m hoping to do is light a fire under banks like Wells Fargo and Bank of America” Segerblom said.

But the inspiration for Segerblom’s bill was dealt a blow last week when it failed to clear the California Legislature’s appropriations committee.

Segerblom said he thinks that it would have been easier to push the bill through the Nevada Legislature if it had been successful in California, but he doesn’t think that failure will be an automatic death knell for his bill.

“I still think that if we can follow their model, we’ll be better off,” Segerblom said. “It’s clear that we can’t just sit around and twiddle our thumbs and wait for something to happen.”