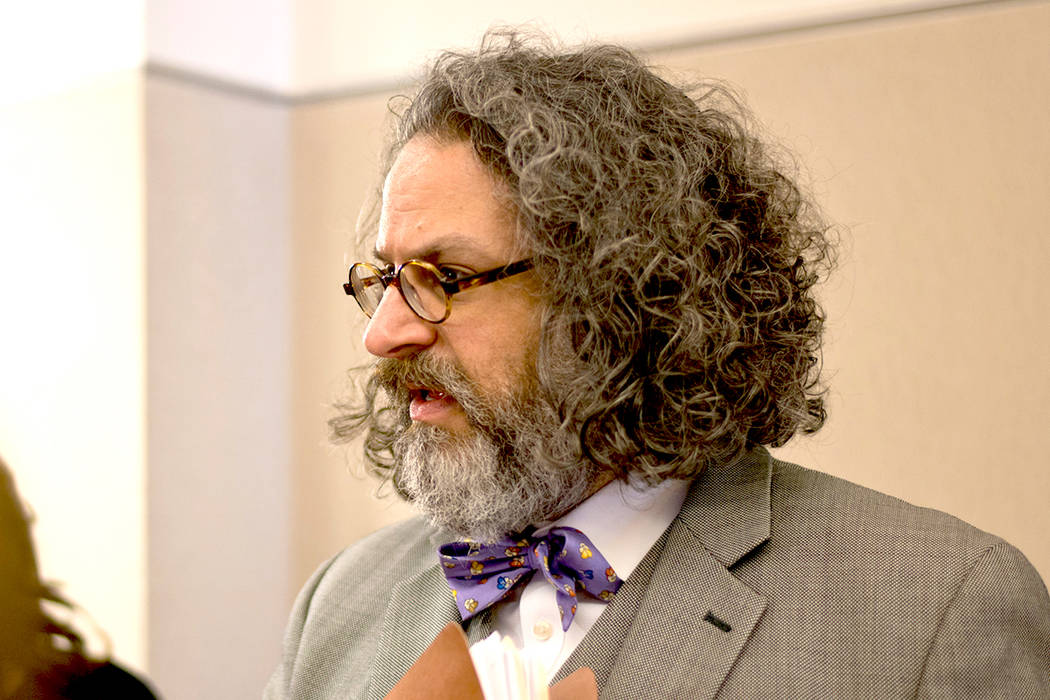 Controversial Las Vegas lawyer Jacob Hafter, who made unsuccessful bids for elected office in recent years and was suspended by the Nevada Supreme Court in November, died Tuesday at the age of 42.

According to a GoFundMe page established to raise money for Hafter’s burial costs, he was married and had four children. The page raised more than $22,000 after its creation Wednesday.

Rabbi Shea Harlig said Hafter was charitable and had helped various Jewish organizations and synagogues financially. Harlig had known Hafter since Hafter was in high school but had not talked to him in years.

Harlig said that with Hafter, everything was “black and white.”

“When he felt there was an injustice, nothing stopped him,” the rabbi said.

Hafter was suspended for six months by the high court for lying under oath and making derogatory public comments about a district judge. The suspension was partly a response to a complaint from the State Bar of Nevada.

The complaint stemmed from comments Hafter made in 2014 about then-District Judge Valorie Vega after she denied his request to alter a two-week civil trial schedule to accommodate a Jewish holiday.

“He went all out to fight it,” Harlig said.

Hafter accused Vega of religious discrimination in a Facebook post. He also told a Las Vegas Review-Journal reporter at the time: “Either she’s anti-Semitic or she’s biased against me. In either case, she shouldn’t be the judge in this case.”

The high court found that “there was no basis in fact for Hafter’s comments.”

At the time, Vega was presiding over a medical malpractice case that Hafter was defending, and Hafter was running for a different seat on the District Court bench.

Shortly after the high court’s decision was handed down, Hafter, who had asked for no discipline, took to Facebook:

“This state is so crooked. It is so sad,” he wrote. “We have attorneys who steal from clients and they get stayed suspensions and slaps on the hand. I try to follow my religion and defend myself in a private litigation matter and the Supreme Court suspends me for 6 months, effective immediately. What about all the clients I have? I represent clients that no other attorney will take. I do it, often, without charge or for delayed compensation. I am a solo practitioner. How is that fair to the public?”

The suspension also followed allegations against Hafter of engaging in fraudulent conduct and making misrepresentations in Nevada legal proceedings to evade a $137,000 judgment against his law firm in Arizona.

Hafter had been licensed to practice law in Nevada since 2005, according to the State Bar’s website. He focused on representing doctors.

On April 9, he posted on Facebook that he was packing up his office. The post included the hashtag, “#wouldratheruberthanpracticelawinNevada.”

Before the discipline was imposed, Hafter represented a 4-year-old girl in a lawsuit aimed at forcing UNLV to reopen its maternal HIV program after the program was suspended.

“They’re holding the program in abeyance at the risk of children getting the health care that they need,” Hafter said in October.

In 2012, a federal judge barred Nevada prisons from feeding “common fare” menu items to inmates who adhere to kosher diets after Hafter argued that the menu violated religious rights.

Hafter, a former paramedic, ran as a Republican for Nevada attorney general in 2010 but lost in the primary.

He said he often donated his services to people who were in danger of losing their homes to foreclosure.

“I am someone who believes people need an advocate,” he said during the campaign. “I advocate whether I am paid or not.”