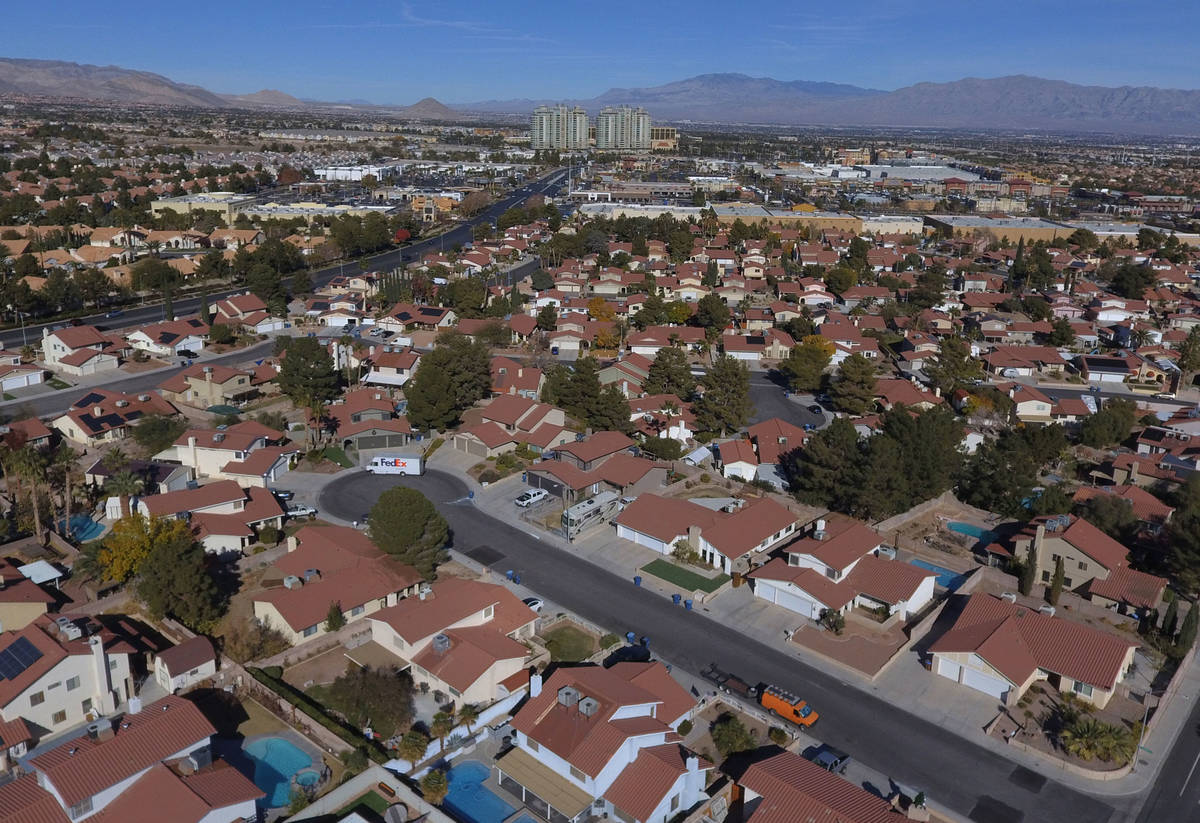 As we all watch Lake Mead’s water levels drop and hear the calls grow for more development, politicians are grappling to balance the economic demands of the community and the limits of Mother Nature.

However, the proverbial scales calibrated by politicians are tipping in the favor of economic development over all else. In normal times, that would make sense. But if we learn anything this summer, it’s that business-as-usual should no longer be the norm. Lawmakers would be wise to shore up our water supply, commit to studying likely scenarios on the river and focus on more water-wise planning before they hastily invite hordes of new residents to the driest state in the nation with the smallest share of the Colorado River.

With two proposals surfacing on Capitol Hill that specifically target Southern Nevada’s future, there is concern that one proposal may undermine the other.

A wastewater recycling bill championed by the Southern Nevada Water Authority and the Nevada congressional delegation is an essential stopgap measure for the future of our water supply. As the Review Journal’s Blake Apgar reported, the legislation, HR 4099, could provide up to $750 million in federal funding for a $4 billion wastewater purification plant in Southern California. The water authority will invest in that project and eventually receive a 30,000-acre-foot share of the Metropolitan Water District of Southern California’s allocation of the Colorado River behind Hoover Dam — if all goes according to plan. This must-do tradeoff ensures that Southern Nevada bolsters its allocation of the Colorado River in the coming decades.

However, there are serious, unanswered questions about the effects of the other bill, the Southern Nevada Economic Development and Conservation Act, S.567, which could erase the benefits of the wastewater bill.

This proposal, also championed by the Nevada congressional delegation, will allow for the development of 42,000 acres of public land just south of Las Vegas. Thousands of new homes, warehouses and shopping plazas are targeted for the region. Some estimates presume that it will draw 820,000 new residents to Southern Nevada in the next 40 years.

The public relations gambit here is that the wastewater bill will ensure there’s enough water to serve Southern Nevada’s current and future residents for the decades to come.

That is a precarious position to take. Just look at the data.

The water authority’s own modeling scenarios demonstrate that — even if the Southern California deal happens — Southern Nevada could need a new, additional supply to meet the demands of the growing population by 2056.

In fact, those modeling scenarios — cast by the water authority as the worst-case scenarios — are likely best-case scenarios for Lake Mead levels and Colorado River flow, according to research from pre-eminent Colorado River scholars Bradley Udall and Jonathan Overpeck. Research from Udall and Overpeck also suggests that, depending on emission scenarios, the Colorado River’s flows could decline 30 to 50 percent by midcentury in large part because of rising temperatures. The Bureau of Reclamation, which manages the West’s reservoirs, predicts that in the next two years Lake Mead’s levels will continue to plummet.

Also consider that Nevada’s share of the river does not exist in a vacuum. Upper Basin states such as Utah, Colorado, New Mexico and Wyoming are all planning projects to take more water out of the Colorado River and its tributaries. Considering that Mexico and tribes have the strongest water rights on the river and have not received their full allocations, the situation becomes even more difficult to manage.

Current management structures on Lake Mead require Nevada, Arizona and, ultimately, California to cut their shares of the river when the reservoir dips below certain benchmarks. This summer, Lake Mead’s elevations will trigger cuts. By the end of next summer, more cuts are likely. And then more after that, according to the Bureau of Reclamation.

This dilemma requires that lawmakers weigh their prudence against the political demands of businesses driven by a bottom line. The entities cheering for the bill to sell off public lands want cheap real estate to make fast bucks. However, they will not be the ones paying for new infrastructure to meet the demands that will accompany the growth push to the California border. Ratepayers and taxpayers will be on the hook. And, if one thing is certain, less Colorado River water will require more money to conserve and appropriate any drop of available water.

It’s common knowledge that the authors of the Colorado River Compact inked a bloated deal in 1922 during one of the wettest periods in the past 450 years. We are paying the price for their shortcomings 100 years later. Let’s not repeat the mistakes of the past — especially considering that 40 million more people rely on the water now compared with a century ago.

One bill needs to pass this summer. The other doesn’t. The future of our community hangs in the balance.