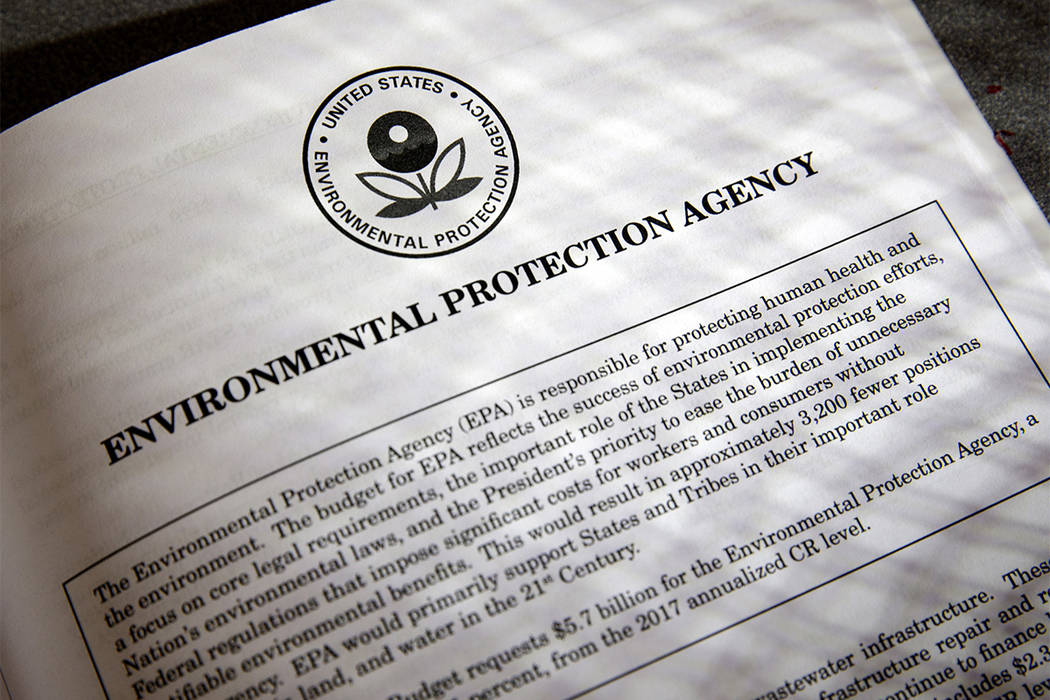 In this March 16, 2017, file photo, proposals for the Environmental Protection Agency in President Donald Trump's first budget are displayed at the Government Printing Office in Washington. (J. Scott Applewhite/AP)

The Trump-Pelosi-Schumer comedy show — broadcast live this week from the White House — has been the talk of the town. Unfortunately, the made-for-TV distraction shifted the spotlight away from another administration success story in its battle against the overweening administrative state.

On Tuesday, Donald Trump’s Environmental Protection Agency announced it would roll back Obama-era rules that, under cover of the 1972 Clean Water Act, empowered federal bureaucrats to regulate virtually every puddle, pond and drainage ditch under the guise of protecting wetlands. The result was a morass of red tape that created a nightmare for farmers, developers and other property owners.

Consider John Duarte, a Northern California farmer who faced millions in fines after bureaucrats accused him of damaging wetland features on his property simply for tilling his own land. His farm wasn’t anywhere near a “navigable waterway” as typically understood. But Mr. Duarte — who settled the allegation in 2017 — became a target after the Obama administration “attempted a massive land grab by redefining tens of millions of acres as ‘waters of the U.S.’ subject to federal jurisdiction,” The Wall Street Journal noted Tuesday.

The heavy-handed expansion of the regulatory state was a hallmark of Barack Obama’s presidency — and the nation, under his presidency, had the economy to show for it.

“The broad trend of environmental regulation during the Obama administration,” Jason Scott Johnston, a law professor at the University of Virginia, told Reason magazine, “was to use the coercive threat or reality of regulation simply to try to shut down entire industries and entire types of economic activity.”

Progressives and their green allies are apoplectic over the Trump administration’s more moderate approach regarding wetlands. But the move hardly eviscerates protections. Instead, The New York Times reports, regulations will be applied less broadly to “so-called ‘ephemeral’ streams, in which water runs only during or after rainfalls” and to “wetlands that are not adjacent to major bodies of water or connected to such bodies of water by a surface channel of water.” This reflects a much-needed recognition that there are indeed constitutional limits to federal authority over private property owners.

The Supreme Court on two occasions in recent decades has slapped down federal agencies for re-interpreting the Clean Water Act to expand their authority. It’s highly likely the justices would have tossed out the Obama diktats, as well — the rules were already on hold in the 28 states that sued to block them.

A hallmark of Mr. Trump’s platform was the repeal of economically destructive federal directives. Say what you will about the president, but on this issue he continues to fulfill his campaign promise.