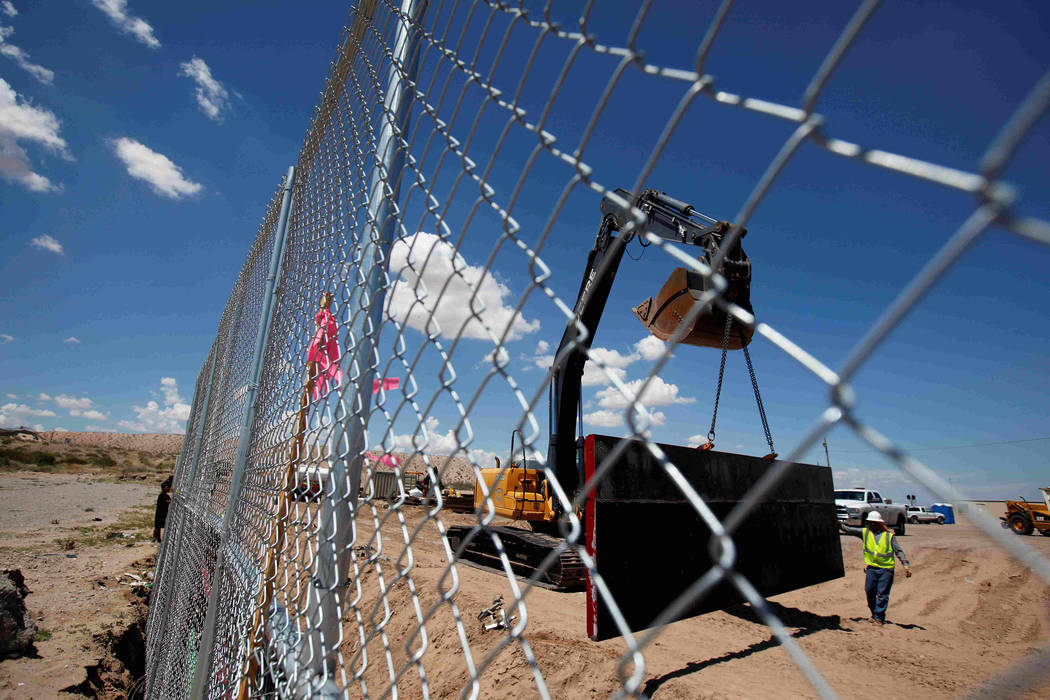 Nothing is more important than building Trump’s wall.

Millions of people have illegally come across that border. A portion of our $20 trillion national debt has accrued thanks to the benefits we’ve provided them and other costs we’ve incurred dealing with the issue.

Our national drug epidemic comes across that border.

Part of the surging national crime epidemic in our big cities can be traced to illegal aliens who have come across that border.

Our lack of jobs and low wages for middle-class Americans stem from the desperate competition that comes across that border.

Much of our national health-care crisis is because of those here illegally clogging up the system, filling emergency rooms and bankrupting hospitals.

Much of our national public school crisis is a result of illegal immigrants filling our classrooms, using up resources and receiving expensive “English as a Second Language” courses and free meals at school.

And our greatest terrorism nightmare is that ISIS terror cells come across that wide-open border.

Democrats will never fund the wall. They apparently no longer care about either America or middle-class Americans or American workers. They couldn’t care less about heroin or cocaine or myriad other deadly drugs flooding our nation, killing our children. They couldn’t care less about Kate Steinle or Sarah Root, two beautiful, precious young American women killed by illegal aliens.

They care only about votes.

Republicans will never fund the wall. Paul Ryan, Mitch McConnell and their ilk are world-class cowards, afraid of their own shadows. Afraid of being called “racist.” Afraid of losing Latino votes. Afraid of losing contributions from multinational corporations and corrupt lobbyists — all desperately wanting cheap labor.

Mexico will never voluntarily fund the wall. They want the drugs to keep flowing. Their government is bought and paid for by drug dealers and human traffickers.

But you can get it funded, Mr. President. Here’s the plan:

First, go to the American people. Ask all the patriots of America to donate the money to build the wall. I know the 63 million American patriots who voted for you will respond. Quickly. Instantly. Generously.

Ask each American patriot who wants to stop illegal immigration and drug dealing and gang bangers and heroin addiction to send what they can — $5, $10, $25. Tell them “it’s for the future of your children.”

For $100, donors will get their name on a brick on the wall (i.e. this portion of the wall donated by John Q. Public).

For $1,000, donors will get their name on a large section of the wall — just like the signs along the highways of America, honoring people or companies that donated to clean that portion of the highway.

Then start the bidding by announcing a $25 million donation from the Trump family. Mr. President, you should put up the very first $25 million. You set the example. You show American patriots how it’s done.Trust me, the donations will flow from that point on.

Where there’s a will, there’s a way. Sixty-three million Trump voters will get the job done (or certainly started).

Get it started, Mr. President. Build that wall.