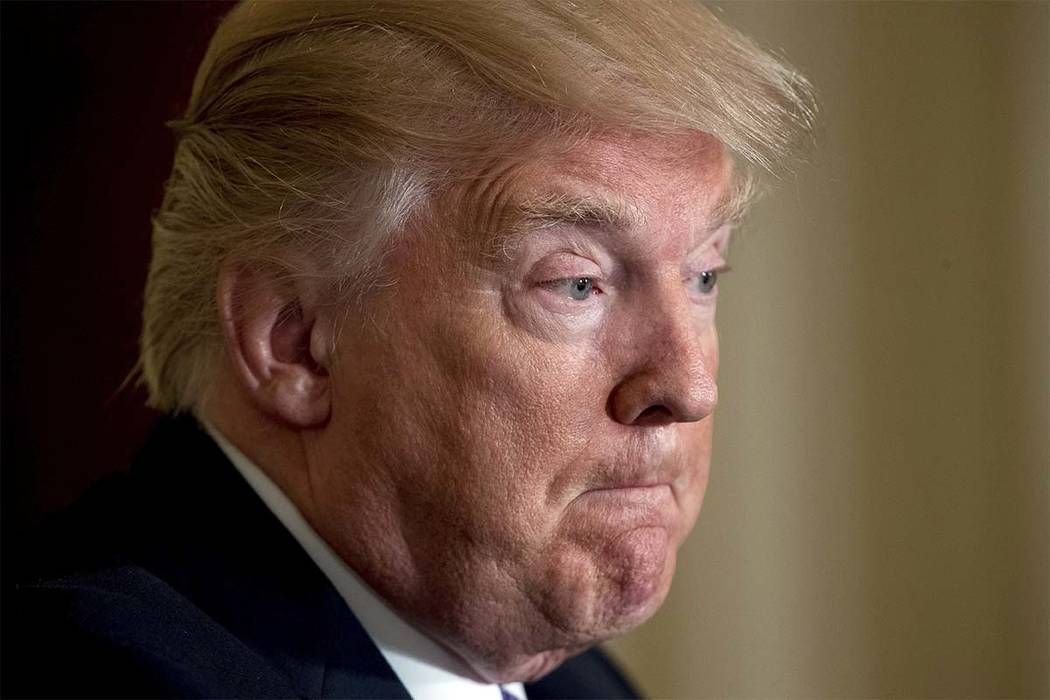 I’ll be host and master of ceremonies at the big event today at the South Point casino celebrating President Donald Trump’s first 100 days in office.

The reason so many Nevadans are celebrating this milestone is that the mainstream media have lied to you. Trump isn’t unpopular. He’s one of the most popular presidents in modern history — just not with everyone. But he’s incredibly popular with the very groups that do most of the work, spend most of the money, create most of the jobs and pay just about all the taxes.

In other words, President Trump is a hero to the very Americans who “make America great.”

Every letter I get from liberal Review-Journal readers says the same thing. I think you’re all reading off the same Obama teleprompter, or they’ve been brainwashed by CNN. They all say, “Wayne, I guess you didn’t know that Trump is the most unpopular president ever, with approval ratings of 35 percent.”

Sorry, my delusional liberal friends, but you’re guilty of believing fake news again. The same polls that oversampled Democrats to make it seem Trump would lose the election by double digits, are the same ones that now oversample Democrats to make Trump seem unpopular.

I was the first and one of the only commentators to correctly predict Trump’s victory because I focused on the one historically fair and accurate poll out there — Rasmussen. Rasmussen was always accurate for the 2016 presidential race.

Sure enough, Rasmussen once again shows Trump’s approval rating as of Tuesday at 50 percent.

Don’t look now, my delusional liberal friends, but that’s enough support to win the presidential election all over again.

But that’s not the poll that matters. Have you seen the poll of small-business optimism? These are the men and women who take the risks, create about two-thirds of all private-sector jobs and pay most of the taxes. That poll shows small-business owners love Trump. That poll jumped after Trump’s election to the highest level in almost in 40 years. It’s been historically high for five straight months — since the day of Trump’s election.

Even more important than small-business jobs are manufacturing jobs. That is the lifeblood of America. These are the high-paying jobs needed to save the middle class. The Manufacturers Outlook Survey also shows a dramatic shift. The optimism level for Obama only one year ago was 56 percent. Today it stands at more than 93 percent. That’s the highest level in history. The people who own factories and create great jobs that America’s middle class desperately needs love Trump at a level never seen before in history.

In addition, the Consumer Confidence Index is also at the highest level in 15 years.

So it is significant to understand that among that 50-50 split in America over President Trump, we have cops, military, veterans, patriots, working-class and middle-class consumers, small-business owners and manufacturers on one side — all the makers of America. The very groups that contribute to America’s greatness.

And on the other side are the “takers.” The people who despise Trump mostly take out of the system. Many of them live off government — welfare, food stamps, Obamacare, Medicaid, free Obama phones. The list goes on forever. Their lives are not built around making stuff or buying stuff, they just want free stuff.

This is the split in America today.

God bless President Trump. Thank you for making America great again. And congratulations on a fantastic first 100 days in office.