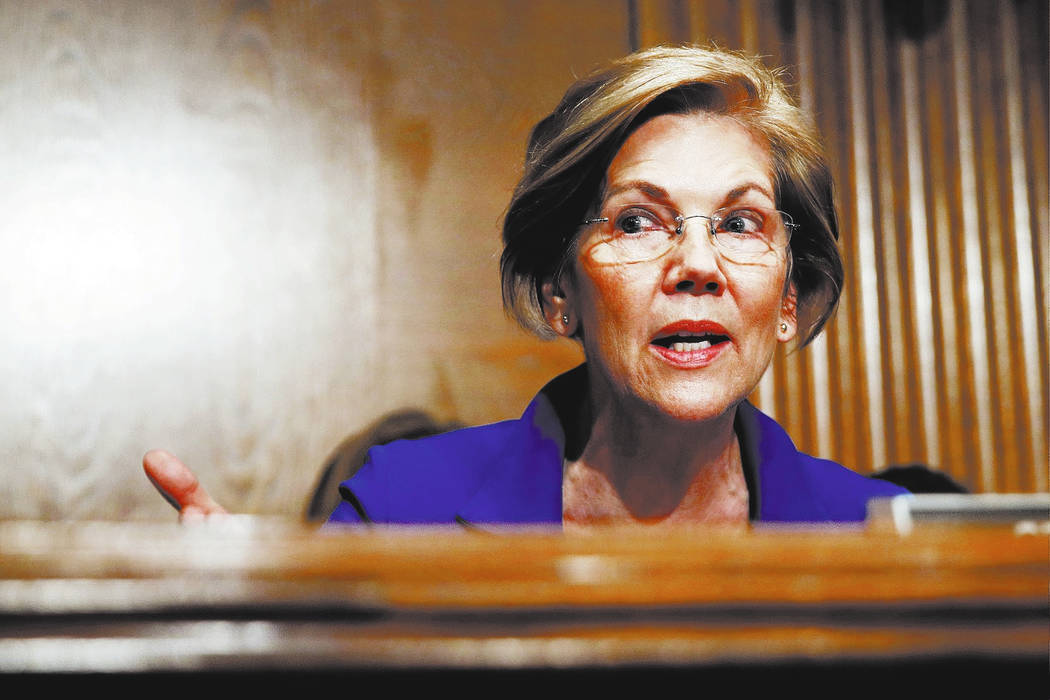 I remember giving a speech about a decade ago at a large GOP event in San Francisco. I opened the event by saying, “It’s kind of strange being in a place where you can be openly gay, but you’ve got to be a closet Republican.” The crowd roared.

A lot of people hide things in the closet. No one has to hide being gay anymore (thank goodness). And even though I’m a Ronald Reagan-Donald Trump conservative, I have no problem with a person being a moderate, reasonable Democrat.

Sadly, that describes many of the candidates in today’s Democrat Party. Radical, wild-eyed extremists have taken over.

Thank goodness for the internet, conservative talk radio and social media. Because thanks to “alternative media,” Democrats can’t hide their radical beliefs and lies anymore. They are being “outed.” And as soon as regular, common-sense, right-thinking, middle Americans hear what Democrats really believe, they are repulsed.

Take Elizabeth Warren. Forget her radical leftist politics and hatred of business. With Liz, it’s all about a lie that has been central to her life. She’s no Native American. She’s whiter than you or me. Her mother didn’t elope because she was a Cherokee. Liz was forced to release her DNA test results thanks to Trump. It turns out she’s as little as 1/1,024th Indian. According to The New York Times, the average white American has twice the Indian genes that Liz Warren has.

Keep in mind she listed herself as “minority” and of “Native American” heritage in all her college directories. She fooled Harvard. She got her $400,000 per year professor job based on affirmative action. The school bragged about hiring a Native American. Harvard should sue her for fraud. Every genuine Native American should be outraged and disgusted.

Keep in mind Liz wants to be your president of the United States.

But the list of Democrats hiding secrets is long. California Democrat congressional candidate Ammar Campa-Najjar is the grandson of a Muslim terrorist who helped plan the attack that killed Israeli athletes at the 1972 Munich Olympics. It turns out, Breitbart reported, he once tweeted out that his grandfather was a “hero” and “legend.” That was, of course, before he ran for office and tried to look “moderate.”

Then there’s Arizona U.S. Senate candidate Kyrsten Sinema. She claimed to be a centrist Democrat. Then we found out about her radical past. She once said she had no problem with Americans going overseas to fight for the Taliban against U.S. troops. In a 2011 speech, she said Arizonans are crazy. And she advised liberal activists on how to “stop your state from becoming Arizona.”

In my next column, I’ll take a detailed look at many other radical socialist, anti-American, Democrat candidates running this year who are hiding in the closet. Once you understand what they really believe, trust me, they will go down to humiliating defeat.