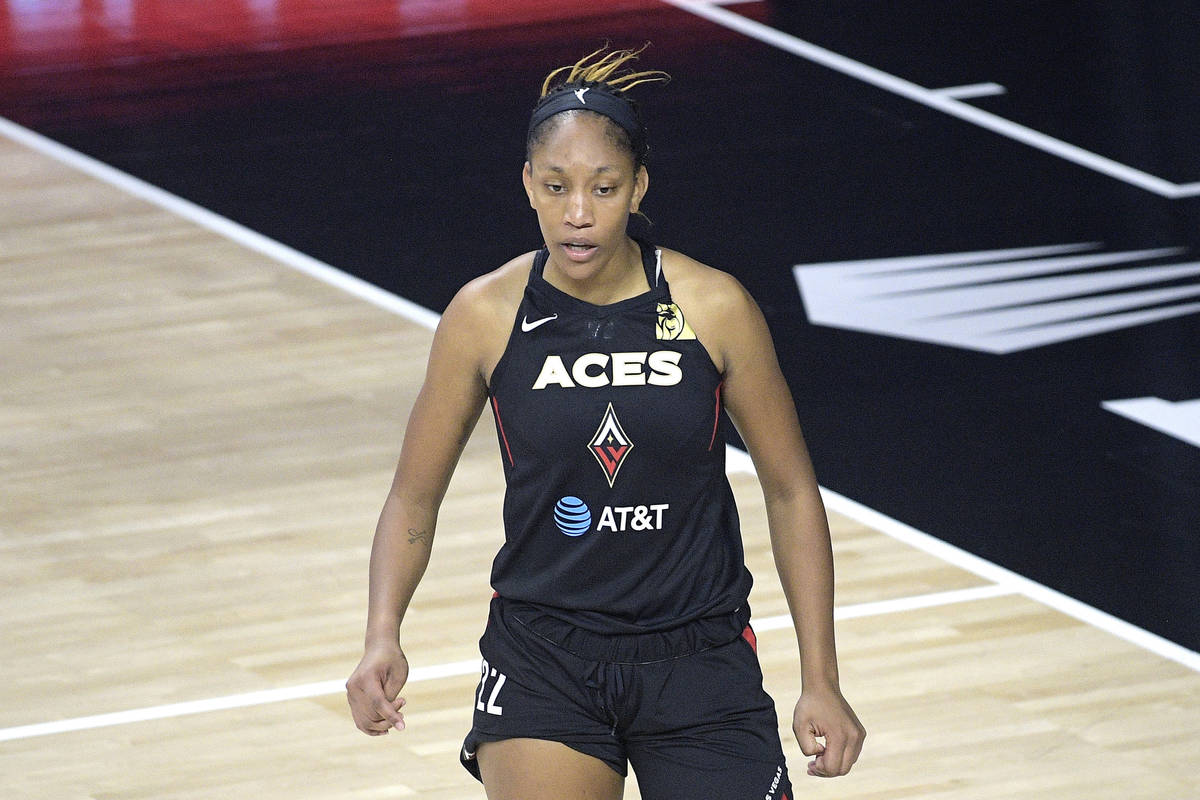 As the game clock ticked to less than 10 seconds, everybody knew the Aces were going to give the ball to A’ja Wilson.

It didn’t matter, though, as Wilson got the ball at the free-throw line and made a move to her right before banking in a jump shot from about 8 feet with 6.9 seconds left.

That shot capped a season-high 31-point effort from the WNBA’s leading scorer, and the Aces escaped with their fourth straight win, 78-76 over the New York Liberty on Sunday at IMG Academy in Bradenton, Florida.

“What happened was A’ja Wilson told everybody to jump on her back, and she willed us to a victory,” Las Vegas coach Bill Laimbeer said. “She made all the right plays and was our scoring machine. We ran a play for her to get the ball, she got it and canned it. Game over.”

Amanda Zahui B had 20 points and nine rebounds to lead the Liberty, who fell just short of their second straight win despite leading all but 38 seconds. Zahui B made six 3-pointers, but was held scoreless from the 6:48 mark of the third quarter.

Laimbeer didn’t have much to say before the game about the Liberty, calling them a young, hungry team that plays hard for 40 minutes.

But that was enough to give him a bad feeling about the game.

“We got to the gym, and I didn’t see it in my players’ eyes that they were going to bring the intensity necessary to win a game in this league,” Laimbeer said. “It showed, especially in the first half.”

Wilson made a jumper 14 seconds later, and Angel McCoughtry rebounded a Wilson miss and hit a midrange shot to tie the score with 1:12 left and set up Wilson’s final shot for the Aces (5-2).

2. Another big game for bench

Wilson didn’t get much help from the other four starters, who combined for 14 points, but the Aces got their usual effort off the bench.

Jackie Young shined for the second straight game with 15 points, seven rebounds and three assists. Dearica Hamby had a perfect shooting game — 4-for-4 from the floor, 1-for-1 from 3-point range and 4-for-4 from the free-throw line — and added five rebounds.

After Friday’s win over Los Angeles, Wilson revealed that Laimbeer told her during the third quarter she wasn’t being competitive enough.

He was kinder with his words Sunday, telling Wilson, who also had five rebounds and three blocked shots, that she was learning to lead.

“That’s something that’s special to me because I’m trying so hard to help my teammates and be there for them but produce at the same time,” Wilson said. “I knew I couldn’t let my teammates down, and that’s what pushed me. (I was thinking) we’re not losing this game, so I just changed my gear and mentality and went after it.”

The Aces meet the Indiana Fever at 4 p.m. Tuesday.