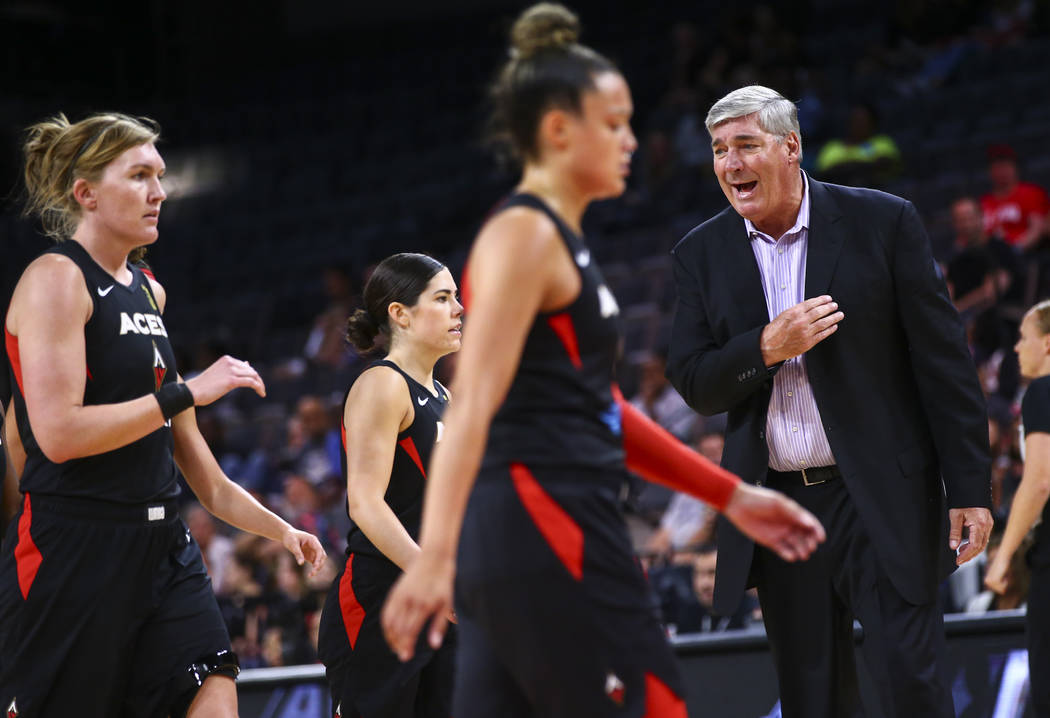 He’d wanted to write an op-ed in the Review-Journal, encouraging locals to attend home games at Mandalay Bay Events Center and watch the Aces compete for — and eventually earn the No. 4 seed in the WNBA Playoffs.

“I needed to get in the newspaper and say something,” he said.

On Friday, he finally did.

The Aces purchased a two-page advertisement in the Review-Journal’s Sports section, featuring a letter written by Laimbeer that urged the community to attend the team’s playoff game 2 p.m. Sunday against the Chicago Sky at Thomas & Mack Center.

The letter, entitled “Las Vegas … a basketball town?!” includes a synopsis of the franchise’s relocation from San Antonio to Las Vegas, and it’s transformation from perennial loser to contender. He also noted that he was recruited in high school by UNLV, and was impressed by the passion surrounding the Rebels before ultimately committing to Notre Dame.

“Las Vegas was a basketball town, small, but passionate. And then it grew,” he wrote. “Where is it today?”

Aces games — despite the team’s turnaround — were among the most sparsely attended in 12-team WNBA, though an announced crowd of 8,470 attended the regular-season finale on Aug. 31 against the Los Angeles Sparks. The average home crowd (4,687) is typically energetic and engaged, but Thomas & Mack Center is bigger and seats up to 18,000 for basketball.

The circumstances prompted the letter.

“This is a big arena. For our normal crowd, you put them in this arena, it’s going to look like there’s nobody here,” Laimbeer said Friday. “The visual is not going to be the best. We need more people to come to experience our product. Hopefully this is one of those games.

“This is a much more expansive building and needs to have more people than our normal crowd.”

He said he had yet to receive feedback from the letter, which concludes with promises to prospective spectators.

“I do not promise a win, but I promise passion. I promise intense, talented, physical athletes playing great basketball,” he wrote. “I have the same message for my players at the end of every one of my pregame chalk talks — HAVE FUN. I promise if you show up Sunday, you will too.”

The Aces have practiced all week at Thomas & Mack Center in preparation for their game against the Sky, against whom they’re 2-1 this season. Third-year guard Kelsey Plum will be making her playoff debut, and is also hoping for an enthusiastic crowd Sunday afternoon.

“I really don’t know what to expect,” she said, “but I think it’s going to be a great atmosphere.”