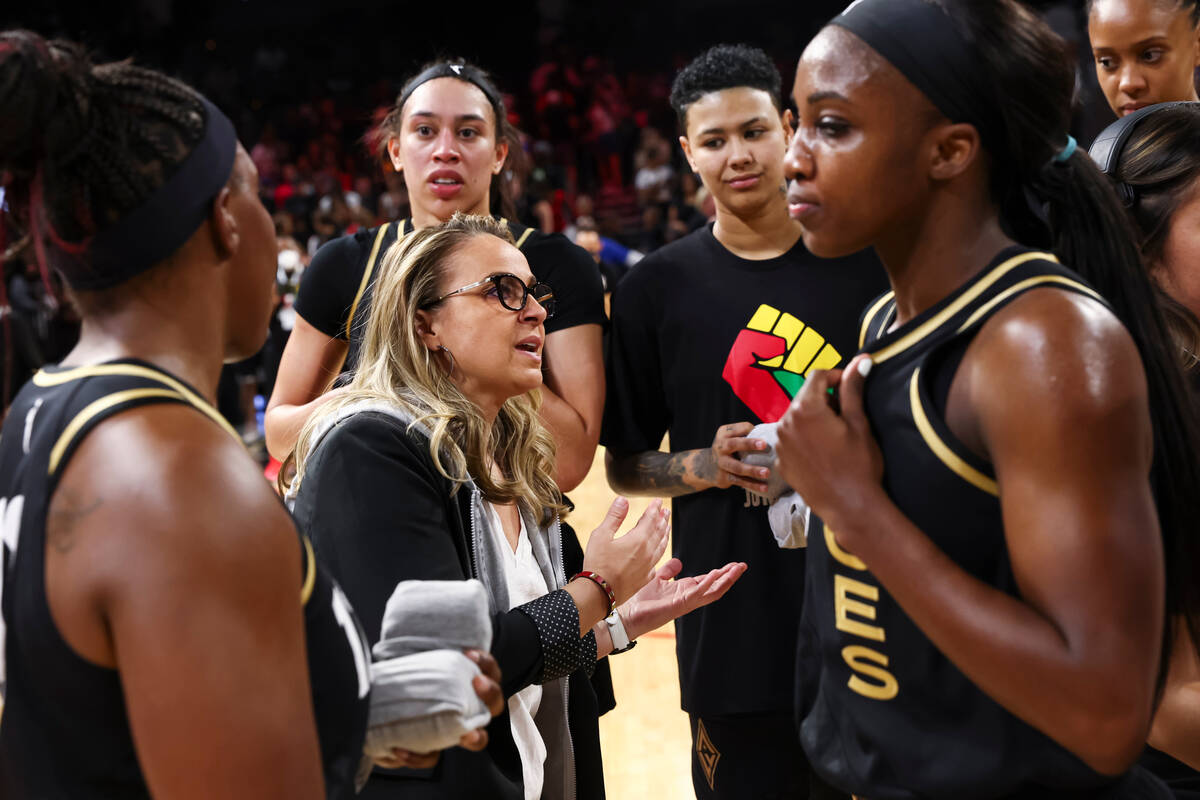 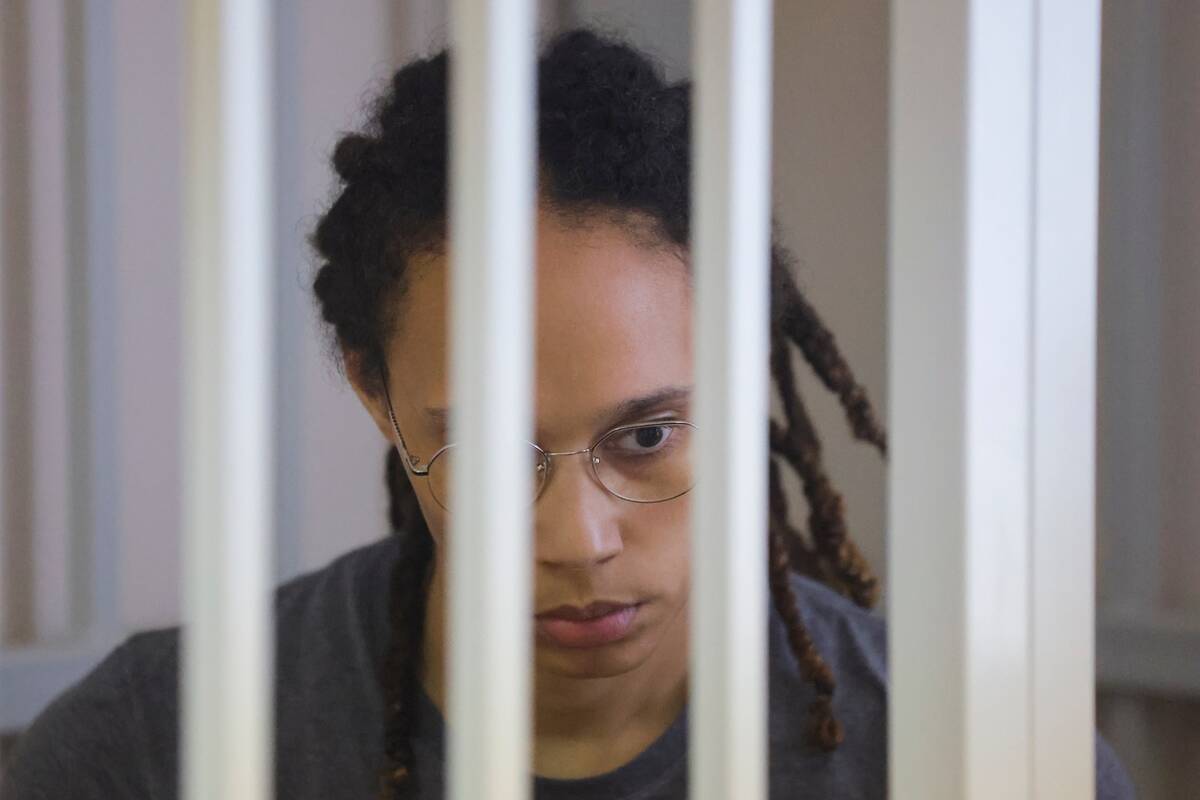 WNBA star and two-time Olympic gold medalist Brittney Griner listens the verdict standing in a cage in a courtroom in Khimki just outside Moscow, Russia, Thursday, Aug. 4, 2022. A judge in Russia has convicted American basketball star Brittney Griner of drug possession and smuggling and sentenced her to nine years in prison. (Evgenia Novozhenina/Pool Photo via AP)

Aces coach Becky Hammon rarely wants to talk about anything that’s not basketball. She’s happy to discuss the intricacies of pick-and-roll defense or spacing principles.

Questions about events happening outside the court tend to be met with answers of 10 words or less. However, ahead of Thursday’s loss to the Dallas Wings, Hammon had something to say.

“It’s hard to play against an opponent that doesn’t play by the rules, or makes their own rules,” the Aces coach said in advance of Sunday’s game against the Storm in Seattle.

Hammon wasn’t talking about any opponent she or the Aces have faced this season. Hours before her team took the court, two-time gold medalist Brittney Griner was sentenced to nine years in prison by a Russian court for possessing hashish oil. She was also fined 1 million rubles, or about $16,000.

Griner was taken into custody at a Moscow airport Jan. 17, a week before the Russian invasion of Ukraine.

The Phoenix Mercury center pleaded guilty to drug charges July 7, though the case continued under Russian law. Griner faced a maximum sentence of 10 years, though the Russian judge has stated the time she’d already served will count toward her sentence. Secretary of State Antony Blinken said there was “a substantial proposal on the table” for Griner’s return July 27.

The issue hits close to home for Hammon. The Aces coach played in Russia professionally for several seasons and represented the country at the Olympics in 2008 and 2012, winning a bronze medal in 2008.

The Aces coach believes the whole situation is worrying as an athlete, because players can quickly become political pawns. For WNBA players who usually travel abroad to generate additional income, Hammon thinks decisions about where they will play now have to be made with personal safety in mind. She also hopes international basketball organizations will support Griner’s pleas for release.

“It’s disturbing and wrong,” she said.

Hammon is far from the only member of the Aces frustrated with Griner’s absence. All-Star and 2020 WNBA MVP A’ja Wilson broke down in tears following a game against the Los Angeles Sparks June 27 when speaking about Griner, who’d just appeared for a preliminary hearing in shackles.

Wilson and Griner were teammates at the Tokyo Olympics. Aces point guard Chelsea Gray was part of that team, too. She said Griner’s detainment has weighed on the team and the whole league all season.

“I got emotional earlier about it, about her not being here,” Gray said. “We miss her. We support her from out here as much as possible. It sucks for her family, for her wife. I miss her.”

Before Thursday’s game, Aces and Wings players and coaches linked arms and stood together in unity for Griner. Several players also took to social media to support the absent Mercury center.