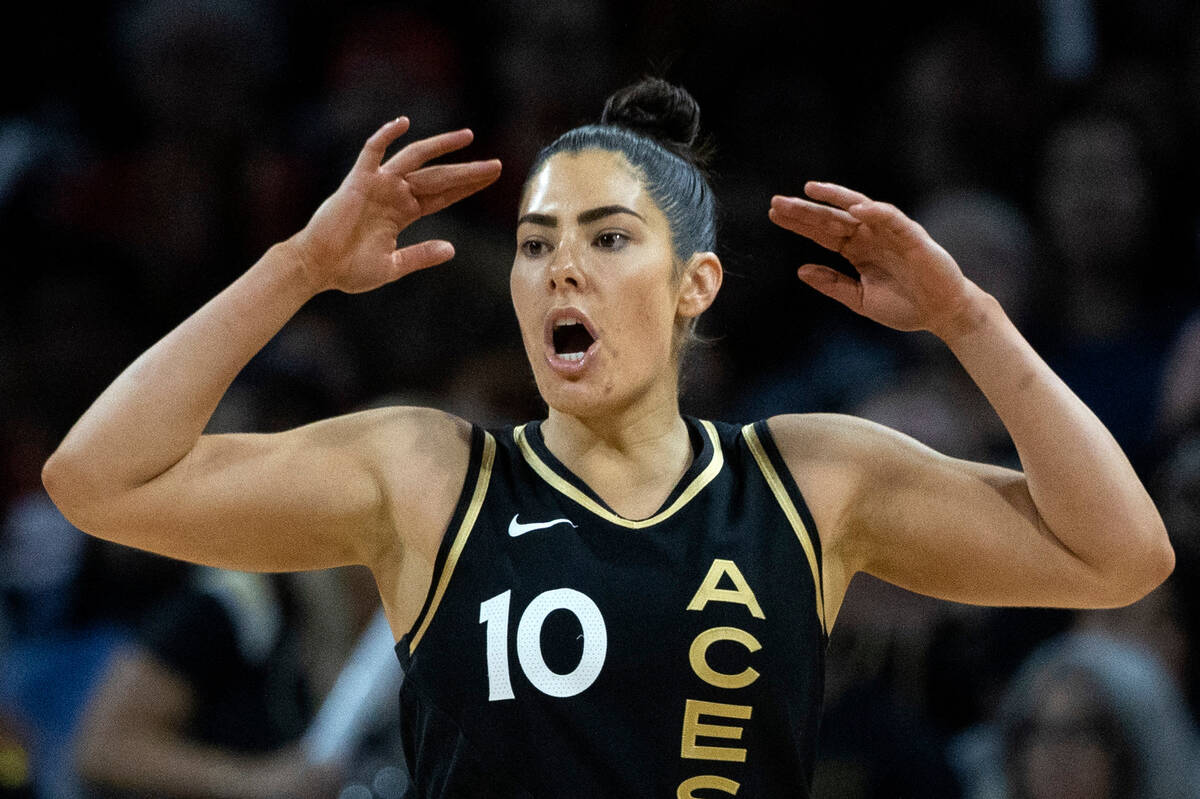 Las Vegas Aces guard Kelsey Plum (10) reacts to a referee’s call during the second half in Game 1 of a WNBA basketball final series against the Connecticut Sun at Michelob ULTRA Arena on Sunday, Sept. 11, 2022, in Las Vegas. (Ellen Schmidt/Las Vegas Review-Journal) @ellenschmidttt 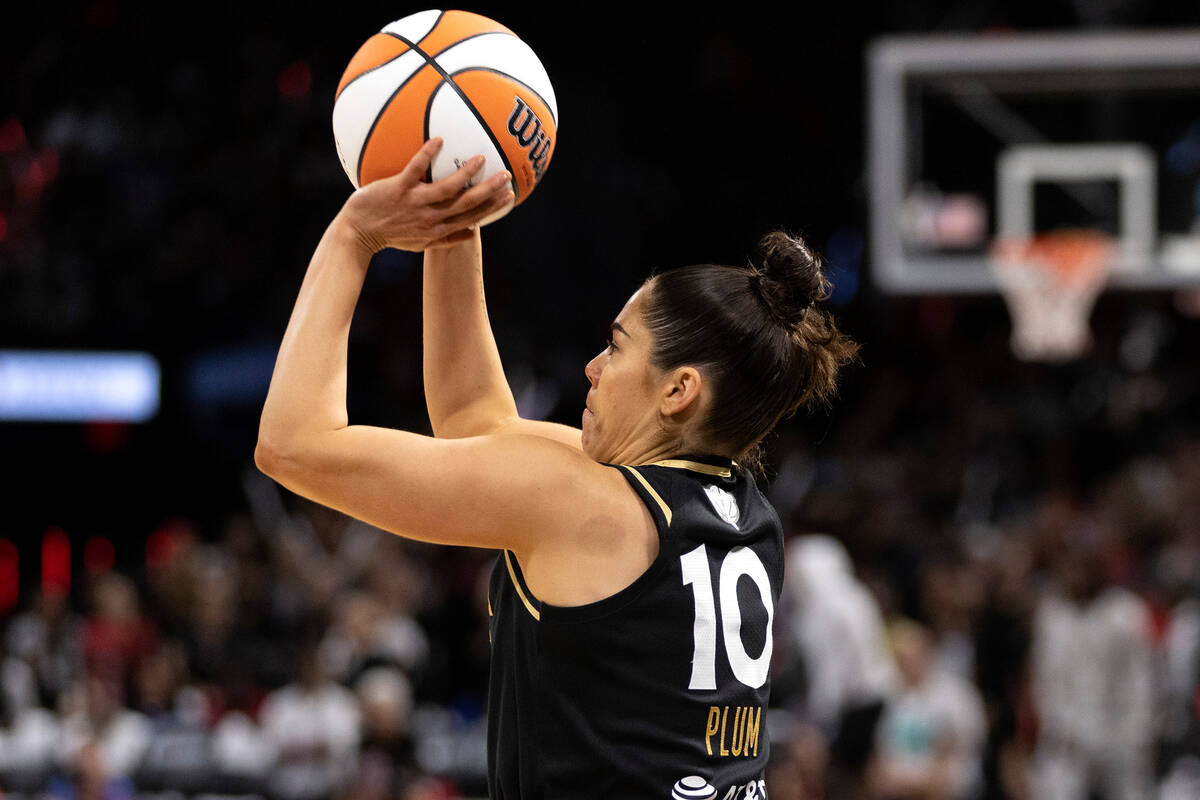 Aces guard Kelsey Plum knows she’s getting more defensive attention on the court. The All-Star Game MVP, whose 20.2 points per game ranked second in the WNBA in scoring this season, hasn’t found her offensive rhythm during the Aces’ playoff run.

“I’ve just got to figure out a way to adjust and be better,” Plum said Monday before Tuesday’s Game 2 of the WNBA Finals against the Connecticut Sun at Michelob Ultra Arena, “and I will be.”

Through seven postseason games, Plum is averaging 17 points per game. However, her efficiency — and her 3-point shooting percentage in particular — has fallen significantly.

During the semifinal series between the top-seeded Aces and the No. 4 Seattle Storm, Plum went 5 of 26 from beyond the arc. She credited Seattle’s trap-heavy scheme, along with their physicality and dedication to challenging her at the rim for making the series difficult.

The former University of Washington guard’s shooting woes continued in Game 1 against the No. 3 Connecticut Sun, a 69-64 Aces’ victory. Plum was 1 of 9 from the floor, and 1 of 7 from 3. Her lone make came with 4:30 remaining in the game.

Aces coach Becky Hammon believes her All-Star guard still had a strong performance though, despite the lack of scoring.

“Even though she wasn’t making shots, I thought her defense was great and her hustle,” Hammon said.

Finding ways to be useful when her shots aren’t falling has been a learning process for Plum. She admitted earlier in the season, when faced with a difficult shooting night, she would have tried to shoot her way out of the slump. Now she’s focused on helping her teammates and trying to stay within the offense.

Plum only took four shots during the second half of Game 1. She played scrappy defense, helping contain Sun shooting guard Courtney Williams to five points. She ran hard as a decoy. She attacked the basket, instead of settling for 3s.

“I feel like I’ve grown up a lot this season,” Plum said.

One specific way the Aces have been able to utilize Plum without her shot is her ability to screen. The All-Star guard is only listed at 5-foot-8, but Hammon called her the best screen-setter on the team.

Using Plum as a screener also disrupts opposing defenses, who are afraid to lose contact with her no matter what her shooting percentage may be during a game.

“At the end of the day, whether she’s making it or missing it, her presence gives us space,” Hammon said. “You can’t not guard her.”

The Aces have used her ability to screen in a variety of ways. Normally, Plum screens for point guard Chelsea Gray. She can then either roll to the basket or pop back out to the 3-point line either for a pass or to give Gray space to operate the offense.

The Aces also occasionally call Plum to screen for forward A’ja Wilson, too, including on the inbound play against the Storm in Game 3 of the semifinals, which led to the decisive Riquna Williams 3 with 10.2 seconds remaining.

“I want to win,” Plum said. “If I’m really about winning, then I’m going to do the little things to help my team win.”