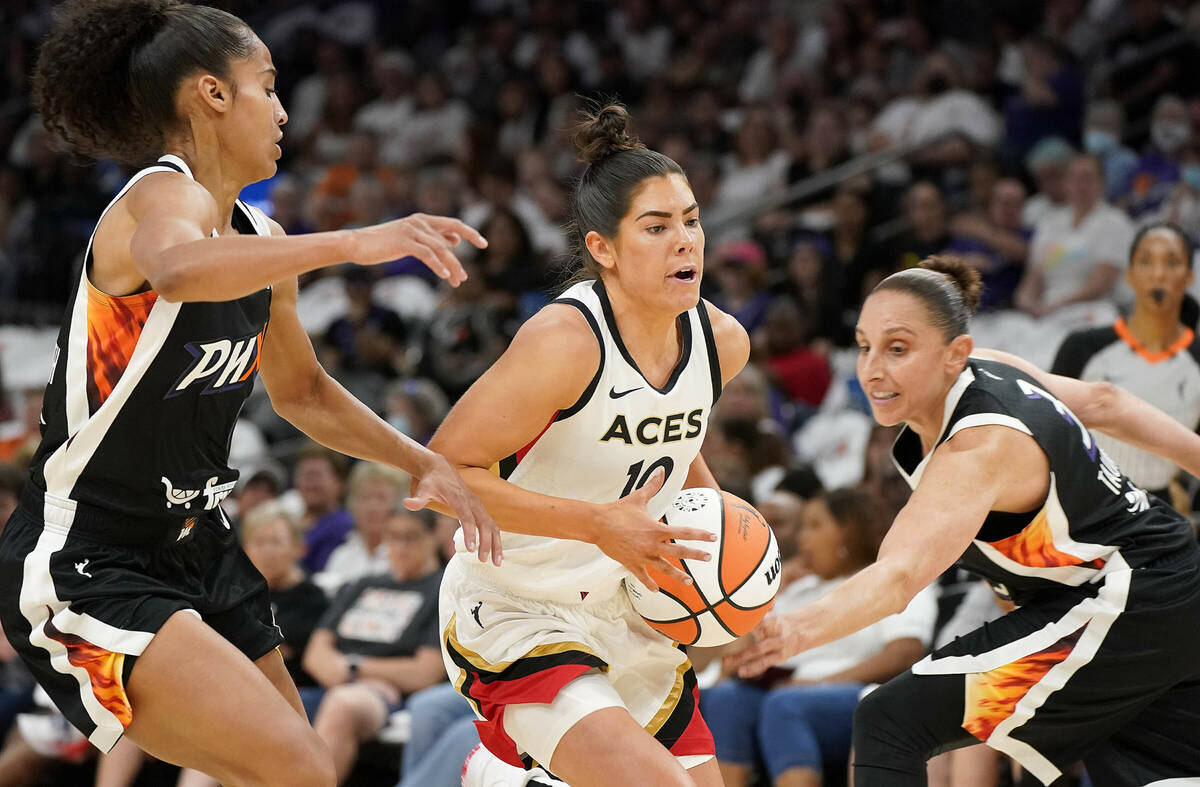 Las Vegas Aces' Kelsey Plum (10) drives to the basket between Phoenix Mercury's Skyler Diggins-Smith, left, and Diana Taurasi, right, during the first half of a WNBA basketball game Friday, May 6, 2022, in Phoenix. (AP Photo/Darryl Webb) 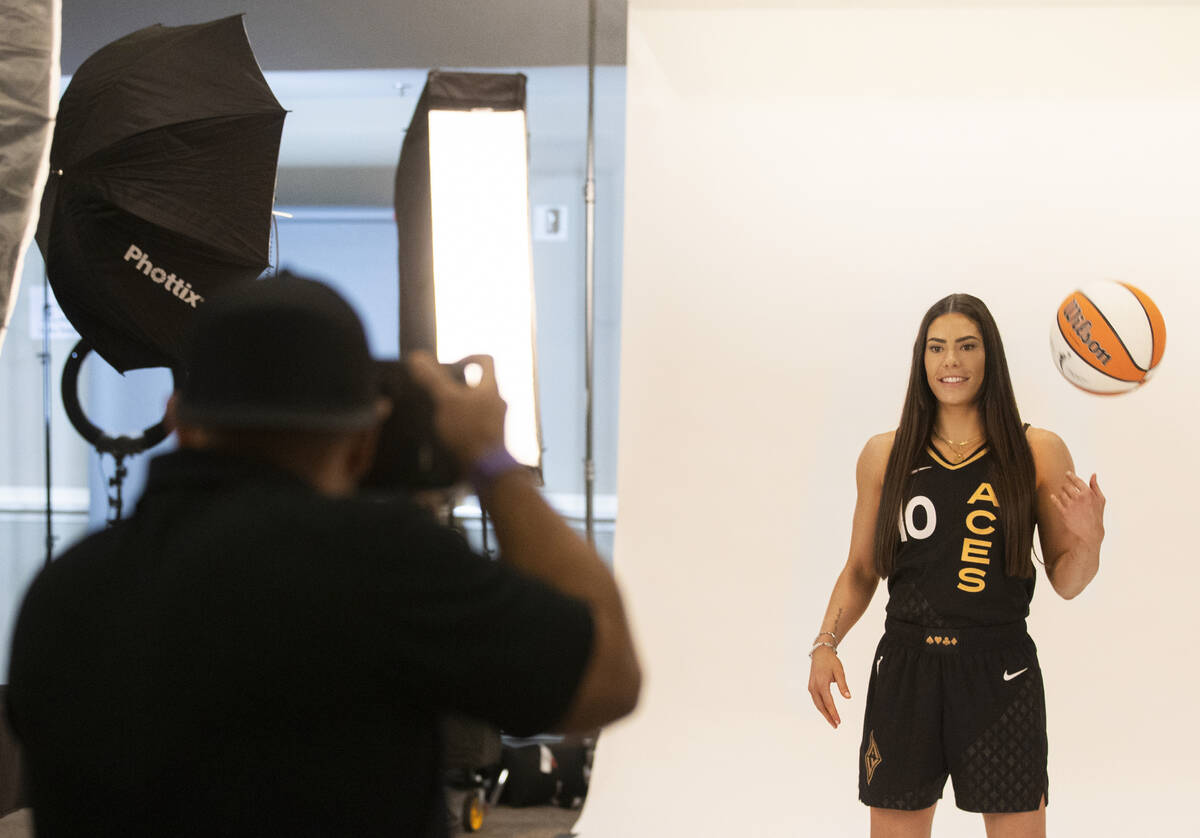 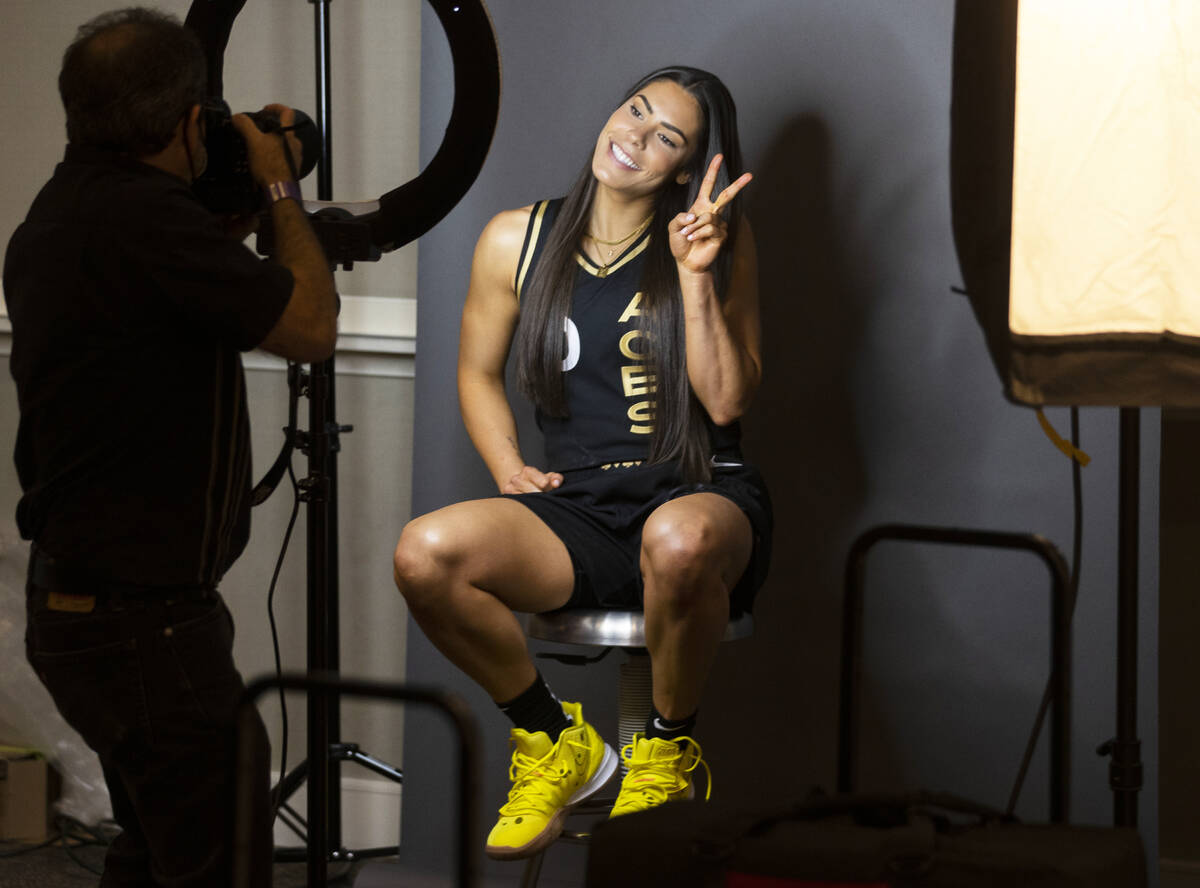 Aces guard Kelsey Plum approached this season with one objective:

“I want to be the best in-shape player in the league,” she said.

Playing in a new offensive system that emphasizes space and shooting, Plum seems well positioned to take on an even greater role than last season. The reigning WNBA Sixth Woman of the Year has impressed her teammates and first-year coach Becky Hammon with her commitment and fitness.

“We want the ball in her hands,” Hammon said. “We want her shooting it as much as possible, and we go from there. She’s been at another level for sure throughout our entire camp.”

Hammon got what she wanted in Friday’s season opener at Phoenix, a 106-88 victory over the Mercury. Playing 33 minutes as a starter, Plum scored 20 points on 7-for-16 shooting, including 5 of 9 on 3-pointers, and added seven assists and six rebounds.

She will look to build on that momentum when the Aces meet the Seattle Storm in their home opener at 7 p.m. Sunday at Michelob ULTRA Arena.

“I feel very comfortable,” Plum said. “I’m just really excited about the spacing, the style of play — it’s just been a blast.”

Plum’s preparation in the offseason — she said she swam a lot to improve her stamina, among other things — has given her a renewed mental edge to go with her physical improvements. Having confidence in her fitness allows her to think quicker, play tougher and trust her body, she said.

Another good season would continue the upward trajectory for Plum. She missed the 2020 season because of an Achilles tendon injury, then came off the bench last season and reached career highs in points and steals while averaging 25.5 minutes per game.

“She’s hungry,” guard Riquna Williams said. “Every award she left on the table last year, she’s going to get it this year.”