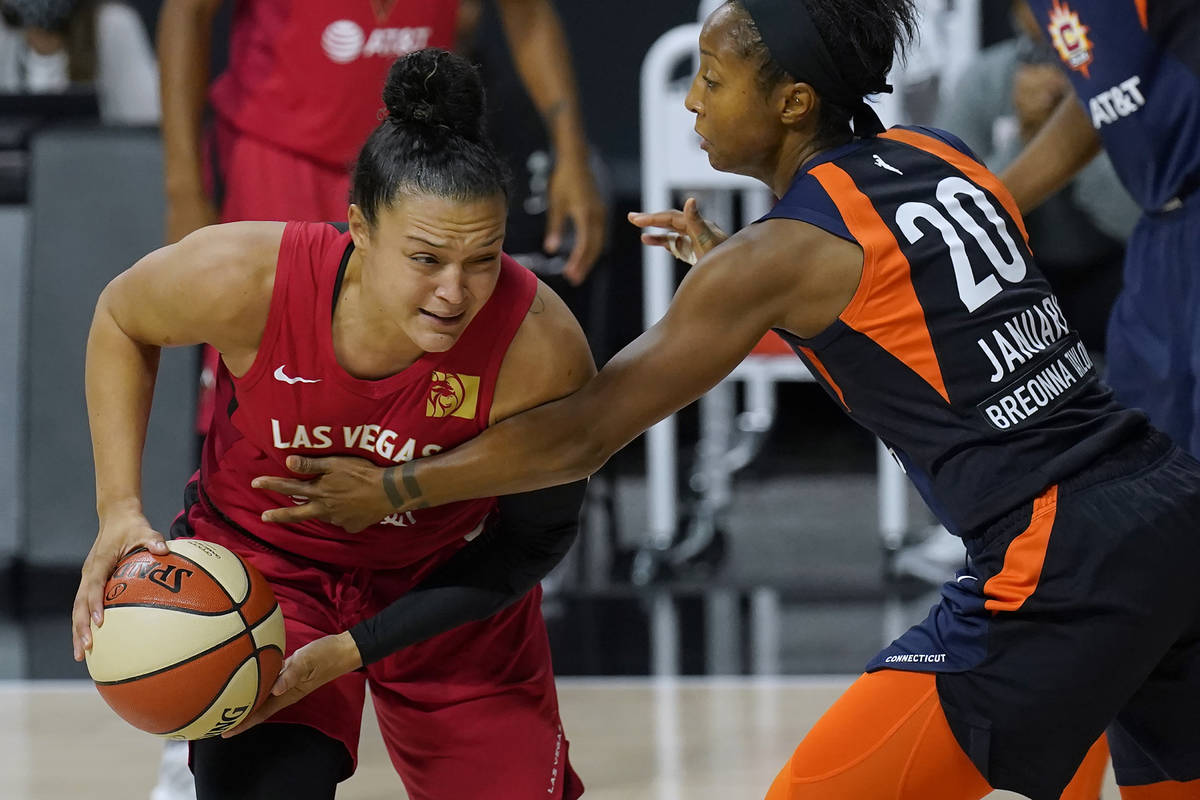 With the deciding Game 5 of the WNBA semifinals between the Aces and Connecticut Sun set for 4:30 p.m. Tuesday, it’s worth remembering that each game has taken on its own personality. Momentum has been fleeting.

In Game 3, it was the Sun that rallied down the stretch and came away with a 77-68 win to take a 2-1 series lead. The Aces again responded in Game 4, grabbed control in the third quarter and never let go in an 84-75 decision.

The ebbs and flows of this series, and the uncertainty of deciding games in general, have Game 5 looking like a tossup.

The winner advances to the WNBA Finals to meet the second-seeded Seattle Storm. The Storm finished off a three-game sweep of the fourth-seeded Minnesota Lynx on Sunday.

After the Aces’ win in Game 4, forward A’ja Wilson immediately began to focus on the task ahead. “This was a great win for us, but at the same time, Game 5 is more important,” she said.

Wilson said the Aces will “come in with the same game plan and mindset we had today and keep moving. … the job’s not done.”

In Game 4, four of the five Aces starters played more than 33 minutes. Wilson didn’t come off the floor until there were 26 seconds left in the game. That’s likely one reason the Aces did not practice Monday.

While Wilson has played at her normal MVP level during the playoffs and Angel McCoughtry went off for 29 points in the Game 4 win, they need another scorer to take the focus away from those two.

If there’s a X-factor for the Aces, it could be Kayla McBride. She’s averaging 7.5 points per game on 36.4 percent shooting and has made only one of her nine 3-point attempts. The Aces’ top threat from the outside scored 11 points in Game 4 but missed all three of her 3-point shots.

“What they’re doing with McBride is they’re not leaving her,” Laimbeer said. “They’re not giving her any breathing room whatsoever, so her shots will be limited … because they’re not going to give her open looks.”

Both teams have suffered an important injury during the series. The Sun lost Alyssa Thomas with a shoulder injury five minutes into Game 2, but she returned for Game 3 and has been a key player in both of the Sun’s wins.

The Aces won Game 4 without two-time Sixth Woman of the Year Dearica Hamby. She has a right knee injury and is likely out for the rest of the playoffs.

Without her, the Aces lose the leader of the Bench Mob that set at WNBA record by scoring 35.0 points per game. With Danielle Robinson having moved into the starting lineup before Game 2, only Jackie Young remains a reserve from the group. Young only played nine minutes in Game 4, so she should be well-rested and serve an important role in Game 5.

Any series-deciding game often comes down to effort, and the Aces should be plenty motivated to not become the first No. 1 seed since the WNBA adopted the current playoff format in 2016 to not reach the WNBA Finals.

“It’s playoff basketball,” Aces coach Bill Laimbeer said about the prospect of facing elimination. “You just deal with it. You just go play. That’s how you win. You go do your thing, be confident and play well.”