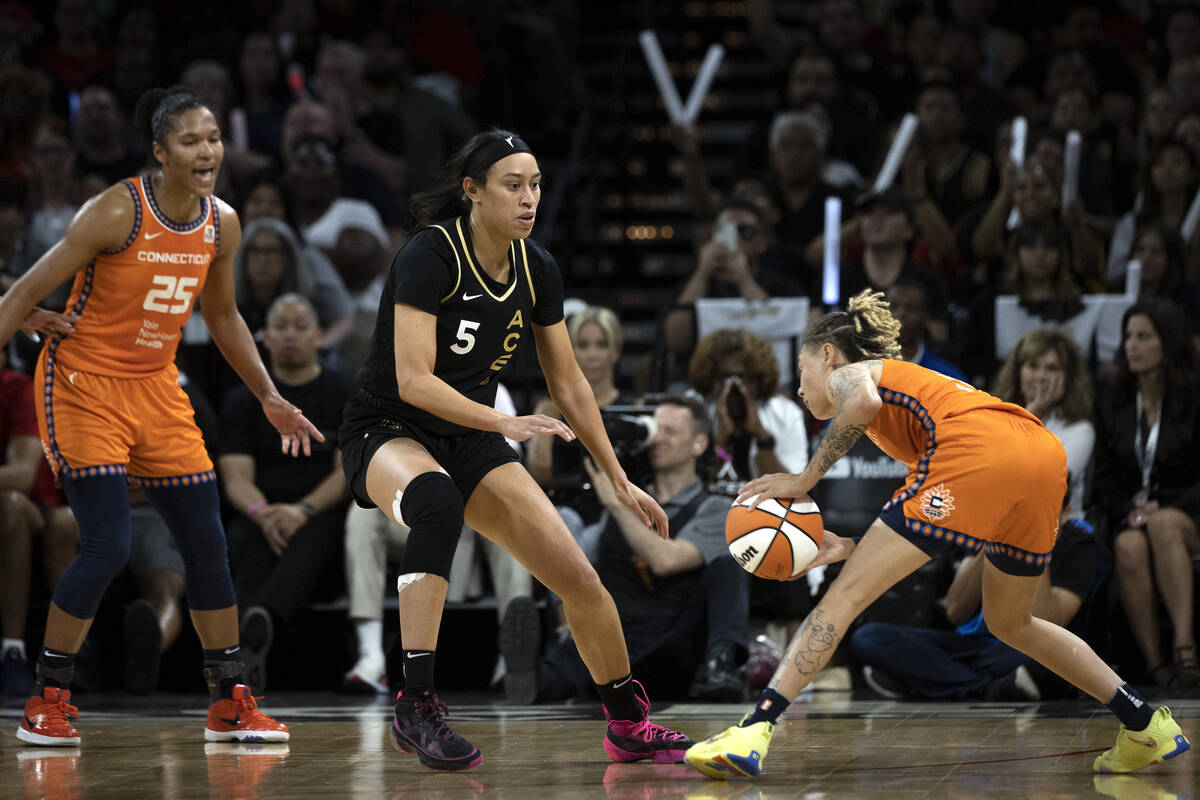 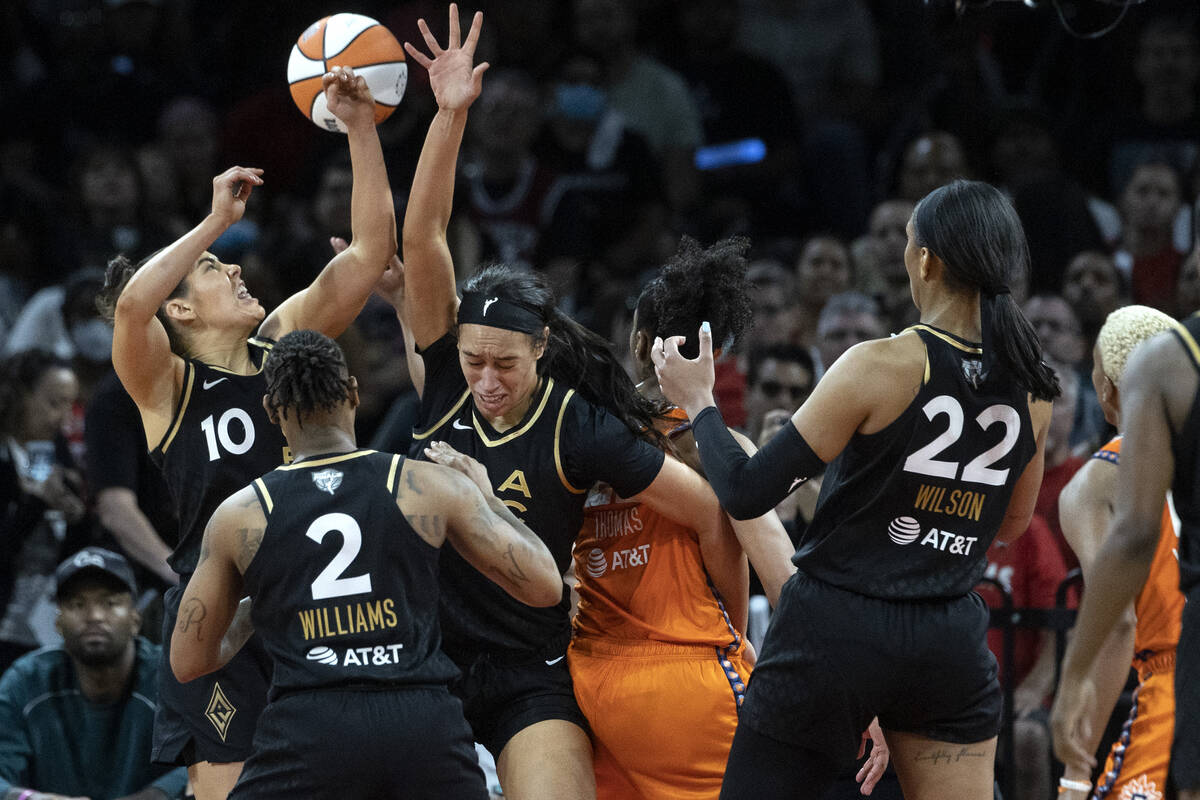 However, with 4:33 remaining in the third quarter, Aces coach Becky Hammon summoned the All-Star off the bench. Hamby entered the game donning a protective sleeve over her recently injured right knee with her team trailing the Sun by six points.

By the time Hammon removed her with 6:26 on the clock in the fourth quarter, the Aces were leading by four points.

She finished with two points, three rebounds, a steal and two assists. She was a game-high plus-7, tied with top-seeded Aces’ starters Chelsea Gray and A’ja Wilson, despite playing fewer than 11 minutes and entering without much of a warmup.

“She was making all the right plays,” Gray said.

It’s been a difficult few months for Hamby. She was removed from the starting lineup, then almost immediately suffered a right knee bone contusion against the Atlanta Dream Aug. 9. She made her return during Game 3 of the Aces’ semifinal series against the No. 4 Seattle Storm, briefly appearing for four minutes.

Hamby’s current challenge is getting back to game speed — physically and mentally. Ahead of the Finals, Hammon pulled Hamby aside to tell her not to expect many minutes. She wasn’t doing anything wrong, but her coach didn’t want to throw her into the fire of playoff basketball while she was still regaining her fitness.

The two-time WNBA Sixth Player of the Year stayed ready. A minute after entering the game on Sunday, she was the defender who forced the No. 3 Sun into a shot-clock violation by blanketing Alyssa Thomas in the post. Then Hamby sealed the lane for Gray to launch a pull-up jumper. When it missed, the All-Star grabbed the offensive rebound and made the put-back layup.

“She was phenomenal,” Hammon said.

A possession later, Hamby assisted Riquna Williams’ corner 3 to cut the deficit to one point. When the Sun brought the ball down the court again, Hamby stole an errant pass from Connecticut’s Courtney Williams. She was simply everywhere, matching the Sun’s physicality.

“Nothing shows up in the stat sheet for her that way,” Sun coach Curt Miller said, “but her effort creates mismatches.”

While Hamby made an impact for the Aces off the bench, early in Game 1 it seemed like the Sun had the reserve player who was going to win the game.

Connecticut All-Star Brionna Jones entered halftime with 10 points on 5-of-7 shooting. She was plus-11 in eight minutes on the court.

“She took what we gave her,” Hammon said.

Jones has been a crucial part of Connecticut’s game plan all season. She won the 2022 WNBA Sixth Player of the Year with 53 of the 56 votes.

Her second half was much less effective. The Aces added more zone looks to their defensive scheme and clogged the lane to limit her space. They also adjusted their pick-n-roll defense. Jones scored two points on 1 of 4 shooting in the second half.

“We just kind of sat in that zone and just mucked it up,” Hammon said.