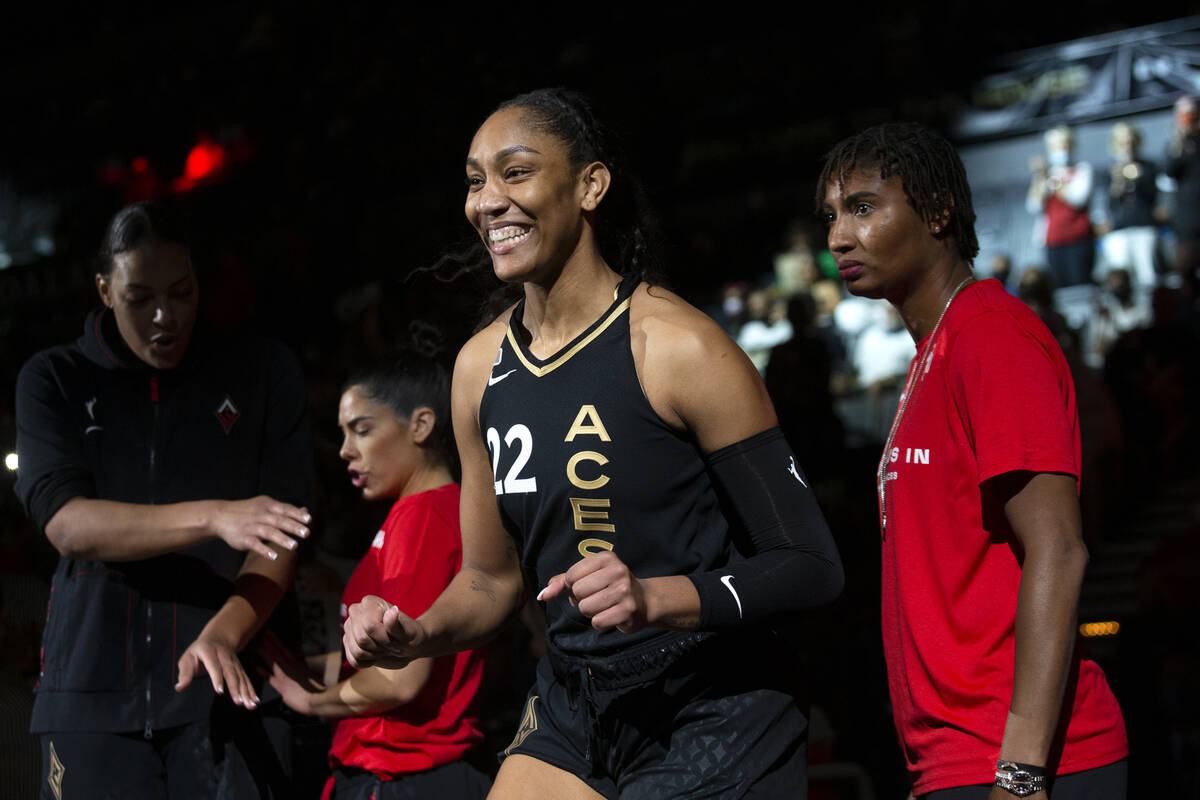 Las Vegas Aces forward A'ja Wilson (22) dances as she is announced in the starting lineup before game 2 of a WNBA semifinal game against the Phoenix Mercury at Michelob Ultra Arena on Thursday, Sept. 30, 2021, in Las Vegas. (Ellen Schmidt/Las Vegas Review-Journal) @ellenschmidttt 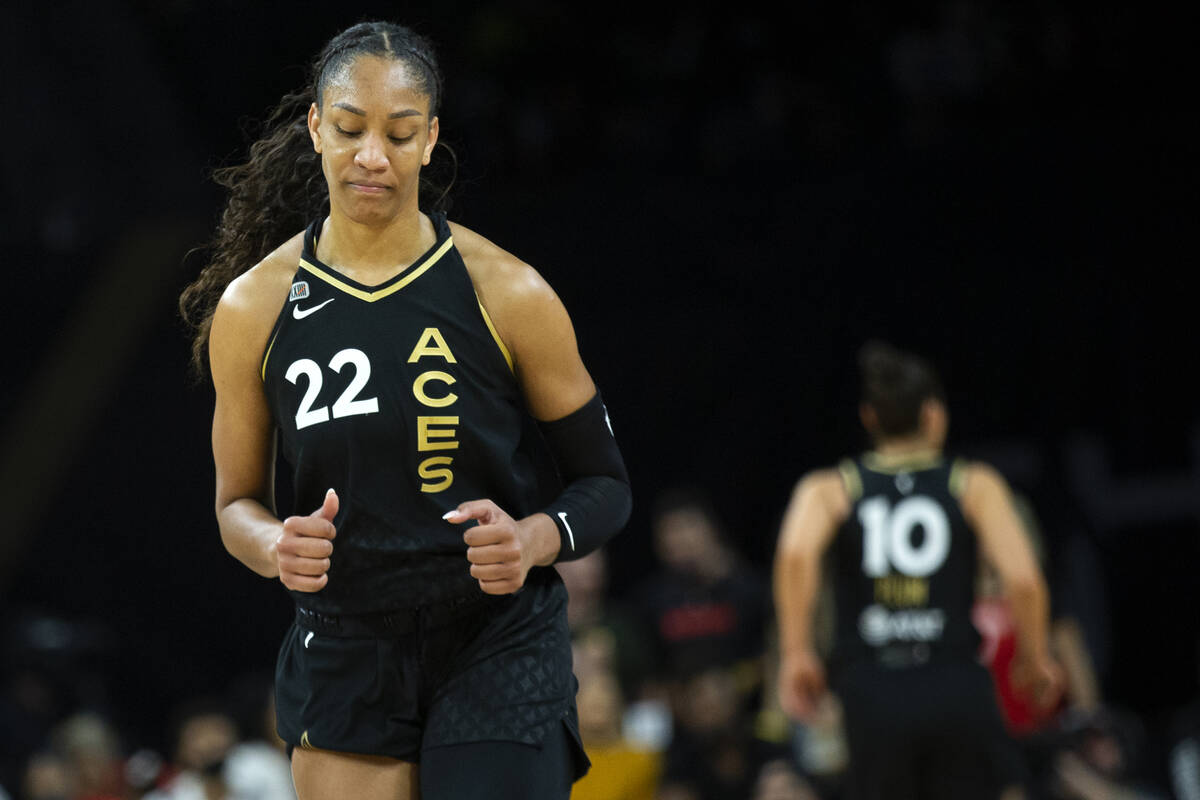 Las Vegas Aces forward A'ja Wilson (22) runs down the court during the second half of game 2 of a WNBA semifinal game against the Phoenix Mercury at Michelob Ultra Arena on Thursday, Sept. 30, 2021, in Las Vegas. (Ellen Schmidt/Las Vegas Review-Journal) @ellenschmidttt

A’ja Wilson was nervous Wednesday morning. “A nervous wreck,” actually, while she eagerly waited for the Aces to formally announce her new contract.

“When it came out, I was just so happy that we were getting great feedback and great vibes for everyone when it came to that decision,” the 25-year-old superstar said Thursday via Zoom.

“I can’t see myself anywhere else. I just love growing and watching (the franchise and city) develop. It’s a big time for not just me but for my teammates as well, when we know the city embraced us along with the other pro teams in our city.”

Wilson, a restricted free agent, re-signed with the Aces for two years. It ensures they’ll remain WNBA championship contenders, solidifying her as the foundational talent around which the franchise can build. The 2020 WNBA MVP said she’s aware of the pressure that accompanies her standing as the face of the franchise.

She knows she’s surrounded on the court by other standouts like Chelsea Gray, Kelsey Plum, Dearica Hamby and Jackie Young. Guided now by a coach in Becky Hammon who doubles as one of the greatest players in WNBA history. And backed by an owner in Mark Davis who doubled down Thursday on his unrelenting belief in Wilson — and the WNBA.

“We have to be paying these women commensurate to what their abilities are and what they’re doing,” Davis said during an impassioned rant about the future of women’s basketball.

“The players do deserve more money. They don’t need to be flying on commercial flights. … I agree with all of those things and those are things that the Las Vegas Aces are going to be champions of, and that we’re going to grow for the good of everybody in this league.”

Hammon called Wilson “the central” figure in the Aces’ pursuit of a WNBA championship, noting Thursday that the power forward accepted less money so they could build a better roster. The key now for Hammon is maximizing the talent she’s preparing to coach.

She said Thursday the Aces will “do a couple things differently defensively” and look “a lot different” offensively compared to previous seasons.

“It’s all kind of centered around A’ja, Chelsea, Kelsey, giving them space to operate,” said Hammon, an assistant with the NBA’s San Antonio Spurs until the end of the 2021-22 season. “I want to get in the mix as quickly as possible, get to know these girls so I can coach them the best that I can.” The Aces are on the cusp of a championship, having reached the WNBA Finals in 2020 and the semifinals in 2019 and 2021. Hammon is committed to helping them get over the proverbial hump.

And so, too, is Wilson. Officially as of Wednesday.