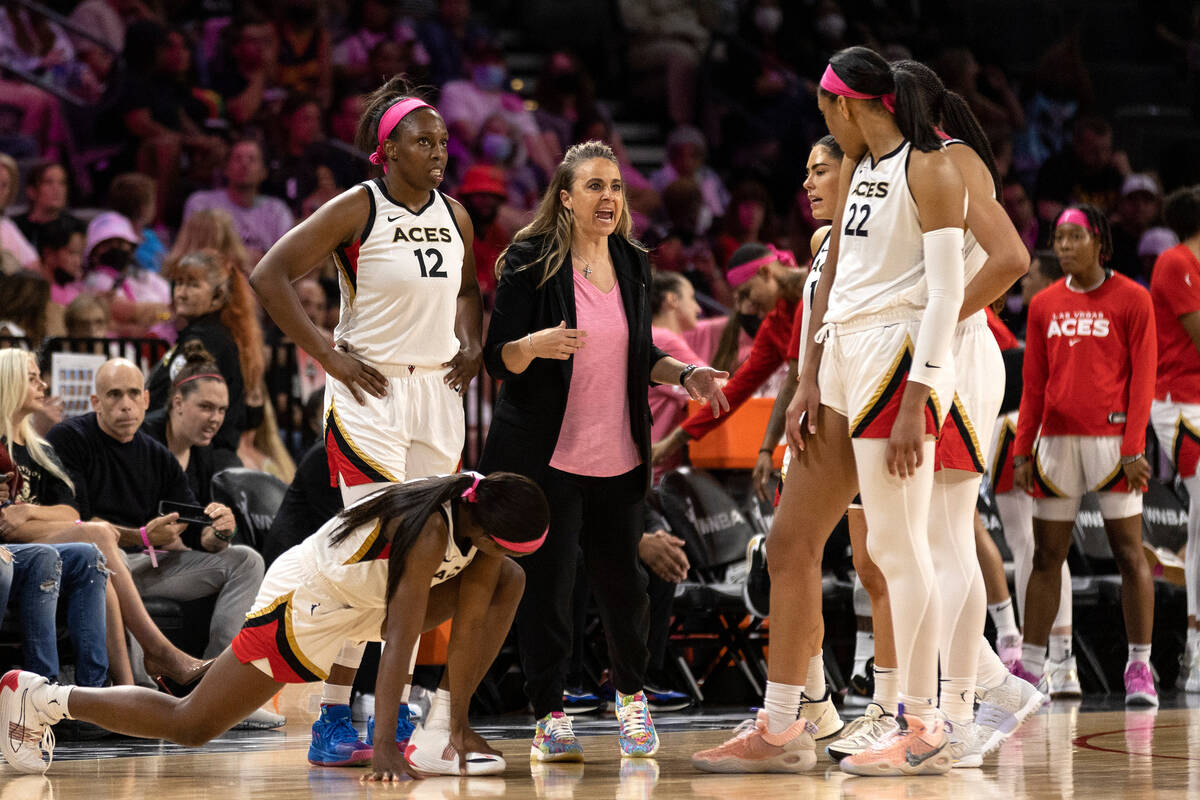 Las Vegas Aces head coach Becky Hammon speaks to her team in a timeout during the second half of a WNBA basketball game against the Chicago Sky at Michelob ULTRA Arena on Thursday, Aug. 11, 2022, in Las Vegas. (Ellen Schmidt/Las Vegas Review-Journal) @ellenschmidttt

Las Vegas will host Team USA beginning Sept. 6 as it prepares for the 2022 FIBA World Cup. The training camp will include the 2022 USA Basketball Showcase at 1 p.m. Sept. 10 at UNLV’s Cox Pavilion. Coach Cheryl Reeve is excited for the camp to begin and praised the players for their dedication to the national team.

“It says a lot about their competitive drive and commitment to USA Basketball that they will come to Las Vegas prepared to participate at the highest level,” Reeve said in a press release.

Players will report to training camp depending on the conclusion of their respective WNBA seasons and the progression of the national team selection process.

The 2022 FIBA World Cup begins Sept. 22 in Sydney, Australia, with the Team USA roster released shortly before the tournament starts. The United States is pursuing its fourth consecutive World Cup title, going back to 2010.

The WNBA on Wednesday announced the 2022 regular season was the most watched in the past 14 years. The league’s national broadcasting partners reported viewership rose 16 percent from the 2021 season, averaging 379,000 viewers per game.

Additionally, the All-Star Game averaged 734,000 viewers, the highest in the past six years and a 53 percent increase from 2021. The WNBA draft averaged 403,000 viewers, up 20 percent from the past year and making it the most watched draft since 2004.

The WNBA also set a league record for most merchandise sold at the 2022 All-Star game.