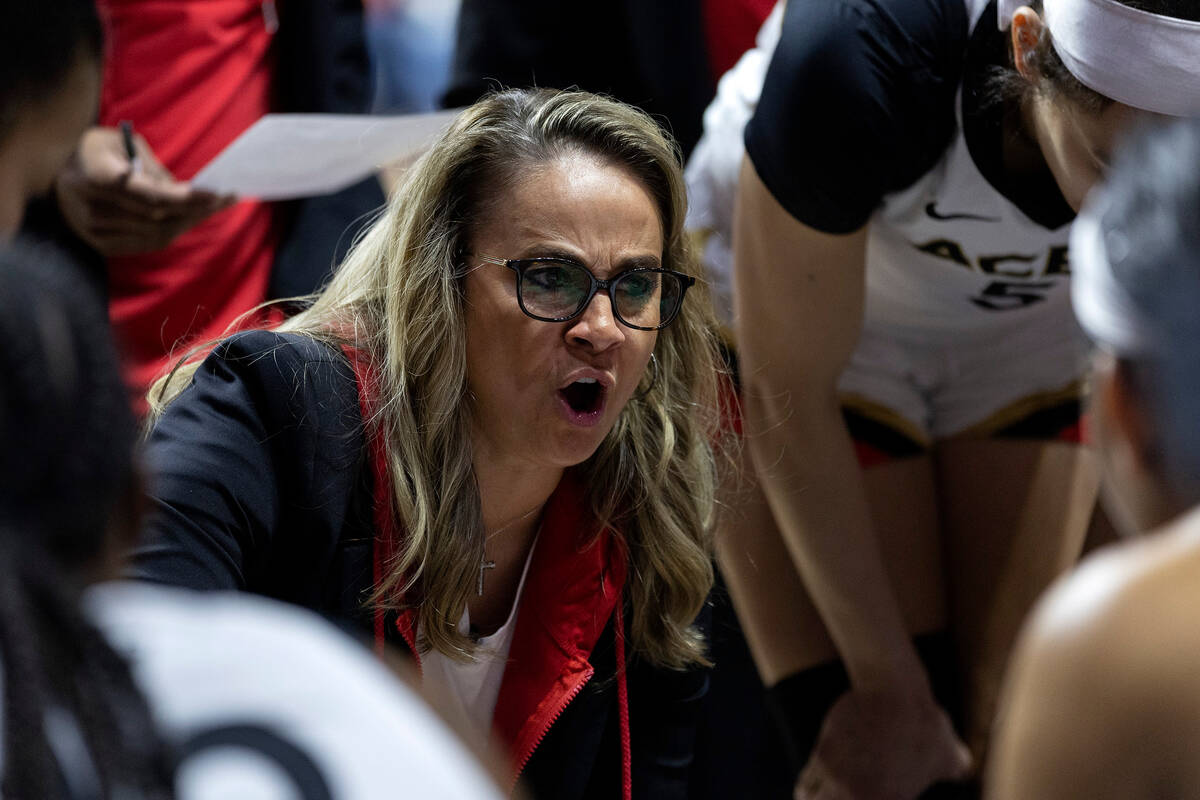 Aces coach Becky Hammon knew something needed to change. After a blistering 13-2 start, her team fell into a mid-season malaise.

The Aces had lost five of their past seven games and were just 15-7 at the All-Star break.

“You really only had two options,” Hammon said. “Stay down where we were or pick yourselves up, dust yourself off and decide who you want to be.”

It’s hard to remember the questions surrounding the Aces in late June and early July. The team regrouped, finished 11-3 and marched through the playoffs to claim the 2022 WNBA championship — the first in franchise history and the first major-league title in the city of Las Vegas.

Before the parades, the trophies and the celebrations, though, the Aces had to refocus and build some trust. The frustrations came to a head during a film session at the team hotel in New York ahead of the Aces’ July 12 game against the Liberty.

Hammon took control of the meeting. The Aces’ coach diagnosed her team with two major problems: selfishness and arrogance.

The 2022 Coach of the Year knew she’d have to confront her team about it eventually. When she watched game tape from previous iterations of the Aces, Hammon felt the team turned inward during difficult moments.

Systems were abandoned for hero ball. Wide-open teammates were passed over for the chance to break down individual defenders. Help-side defense didn’t always show up.

Her team always liked each other, but their off-court chemistry wasn’t translating into the on-court trust which is essential to Hammon’s system.

“We were playing selfish on both ends,” WNBA Finals MVP Chelsea Gray said, “not having each other’s back when someone drives into the paint, not giving up good shots for great shots. There was a deeper level we had to go to if we wanted to be successful in the postseason.”

So Hammon confronted her team about it. During the film session, she laid into her players, pointing out mistakes and challenging them to be better.

“It was a breath of fresh air,” Wilson said. “Everyone needs that in the workplace.”

Wilson said former coach Bill Laimbeer took a player-driven approach. After disappointing losses, he’d sit the Aces players in the locker room and tell them they needed to figure out the problem among themselves.

Hammon, on the other hand, wanted to be involved. The team didn’t even make it through the film session before she pivoted the conversation to the bigger picture of the Aces’ identity.

“She just told us what she saw,” Gray said.

Aces players came away with many different lessons from Hammon’s lecture, with several calling it a chance to look in the mirror and evaluate what individual players needed to do better.

Gray’s biggest takeaway was how much more she could do, both for herself and her teammates. Guard Riquna Williams said it served as motivation to get back to full health after she’d struggled with a foot injury for the first half of the season.

Wilson’s main conclusion was that she needed to block out the outside noise and assert herself within Hammon’s system. Jackie Young, the 2022 Most Improved Player, said the meeting renewed her defensive intensity.

Hammon’s message wasn’t only for the players. Assistant Tyler Marsh said he needed to trust himself more, especially since Hammon was open to feedback and wanted her coaching staff’s input.

“It was just about everyone putting whatever their own motives were to the side and coming together for the sake of the team,” Marsh said.

Wilson also said the film session reaffirmed everything the Aces knew about Hammon. She was going to hold the team accountable, challenge them when necessary and be honest in her assessments.