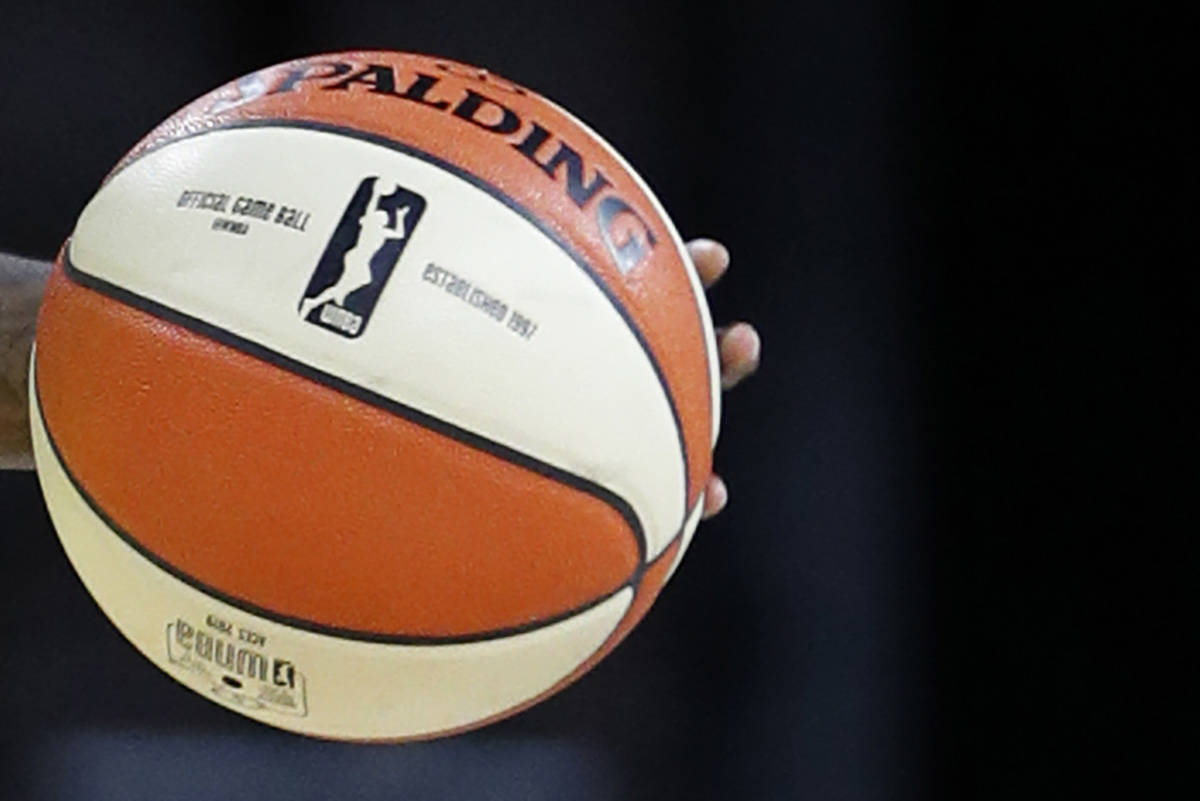 Seattle Storm's Natasha Howard brings the ball up the court against the Las Vegas Aces during the second half of a WNBA basketball game, Tuesday, July 23, 2019, in Las Vegas. (AP Photo/John Locher)

The other location under consideration is IMG Academy in Bradenton, Florida.

The league announced the suspension of its season in April amid the coronavirus pandemic and has not decided on a start date. Operational details of a possible start are not clear, but the league would use a single site — much like the NBA.

WNBA commissioner Cathy Engelbert told the AP on Tuesday that the league has discussed a variety of options but did not confirm whether Las Vegas or IMG Academy were possible locations.

“We’re looking at the pros and cons of a number of different locations,” Engelbert told the AP.

The Aces play their home games at Mandalay Bay Events Center, and the arena would likely be ruled out as to not provide the Aces a home court advantage. MGM also has T-Mobile Arena and MGM Grand Garden, and courts could be constructed in convention space as well.

The NBA had considered resuming its season in Las Vegas at an MGM property as well but decided last month on Orlando, Florida. The league is in the midst of finalizing its return to play, and its Board of Governors are voting Thursday to approve the plan.

MGM pitched multiple leagues — including the WNBA — on a plan for a return to play centered around housing athletes and essential personnel at its properties on the Las Vegas Strip.

Las Vegas also is one of 10 sites being considered by the NHL for two playoff hubs.

The WNBA season was supposed to begin May 15, and teams were forced to trim their rosters to 12 by May 26 so players could begin getting paid Monday. The Aces trimmed their roster to 11 well before the deadline, and Engelbert confirmed to the AP that players were indeed paid Monday and will receive another check in a couple weeks.

The Aces are among the top teams in the WNBA and were the favorite to win the championship at +280. They reached the WNBA semifinals last season, falling 3-1 to the eventual champion Washington Mystics, and return a core of All-Stars Liz Cambage, A’ja Wilson, Kayla McBride along with Sixth Woman of the Year Dearica Hamby and Kelsey Plum.