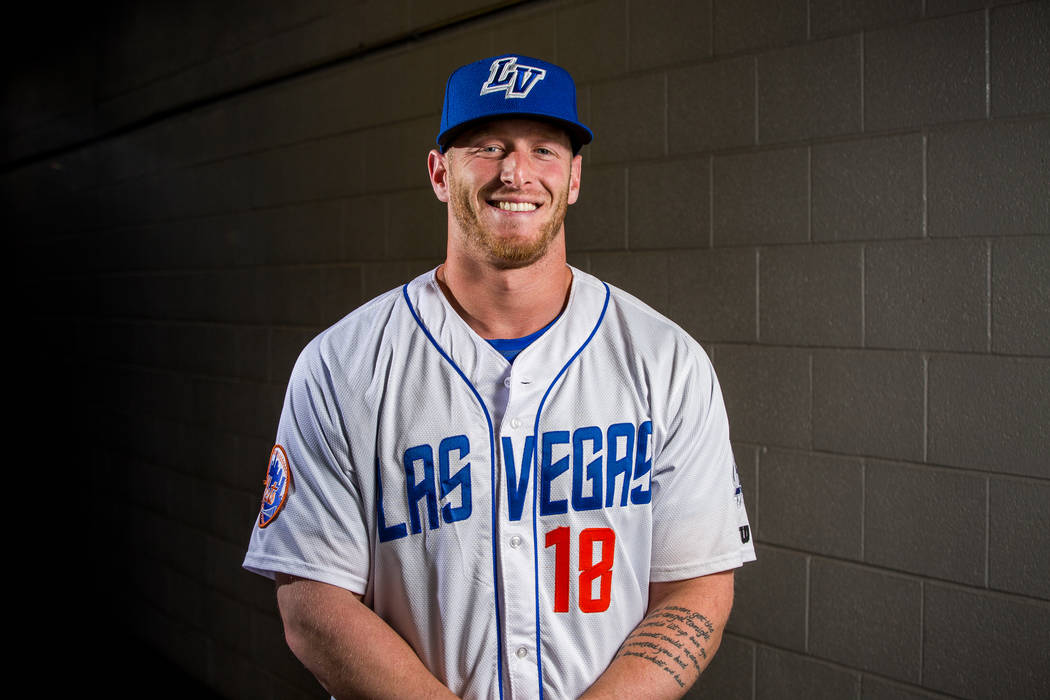 OKLAHOMA CITY — Zach Borenstein had four hits, while Ty Kelly and Jeff McNeil had four and three, respectively, as the Las Vegas 51s topped the Oklahoma City Dodgers 10-4 on Monday. The win snapped a three-game losing streak for the 51s and a four-game winning streak for the Dodgers.

Up 2-0 in the third, Las Vegas extended its lead when it put up three runs, including a single by McNeil that scored Peter Alonso.

Okla. City answered in the bottom of the frame, scoring three runs to get within two on a two-run home run by Kyle Garlick and a solo home run by Alex Verdugo.

Las Vegas right-hander Cody Martin (1-2) picked up a quality start and the win after allowing three runs on six hits over seven innings. Opposing starter Justin DeFratus (2-4) took the loss in the Pacific Coast League game after a rough outing in which he allowed nine runs and 11 hits over five innings.

For the Dodgers, Verdugo homered and doubled twice.