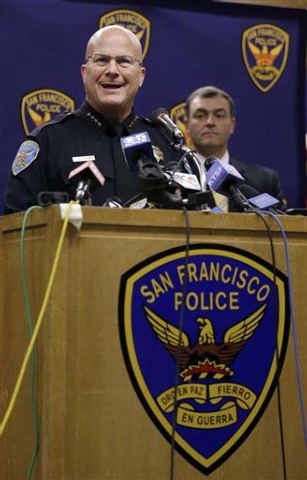 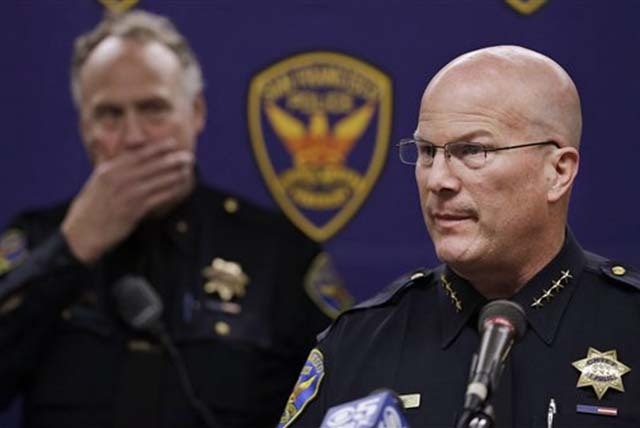 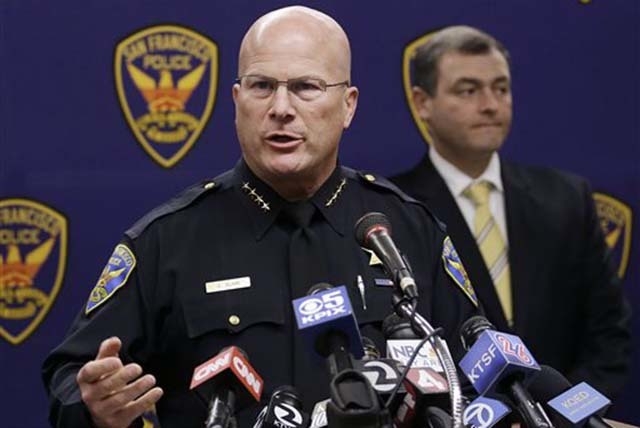 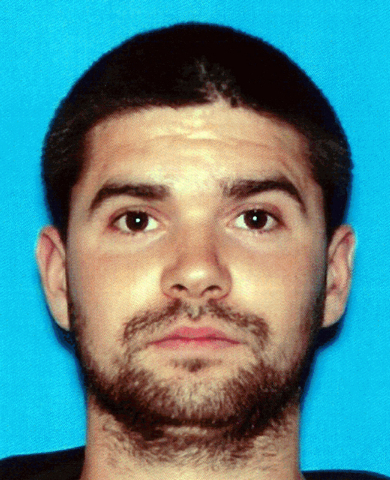 This is an undated photo provided by the California Department of Motor Vehicles showing Jonathan Denver. Police say a fight that led to the fatal stabbing of Denver, a Dodgers fan, near San Francisco's AT&T Park Wednesday night, Sept. 25, 2013, was sparked by the rivalry between the Los Angeles Dodgers and the Giants. (AP Photo/California DMV)

SAN FRANCISCO — The man who was fatally stabbed during a confrontation after a Dodgers-Giants game in San Francisco was the son of one of a Dodgers security guard, the team said Thursday.

San Francisco police say Denver, 24, was walking with his father, brother and two other people not far from the San Francisco Giants’ ballpark Wednesday night when their group exchanged words with some Giants fans who were leaving a nightclub.

The exchange turned physical. and Denver, who was wearing Dodgers gear, was stabbed to death.

“There is no rational explanation for this senseless act,” the Dodgers said in a written statement. “The pain that this has caused his family and friends is unimaginable.”

Denver attended the game with his relatives but left in the eighth inning of what turned out to be a 6-4 Giants victory. His attackers did not attend the game.

Police Chief Greg Suhr said two people were in custody, and one of them will face homicide charges.

“One of the suspects that was in custody has made incriminating statements and will be charged with Mr. Denver’s homicide,” Suhr said in an afternoon briefing. “We’re still continuing the investigation in regards to what will happen the other suspect that’s in custody.”

Suhr did not release the name of the suspects in the stabbing that has punctuated a bitter rivalry between the division rivals.

The altercation several blocks from AT&T Park was the second violent confrontation between the teams’ fans in the past several years to end in death or serious injury. A Northern California paramedic and Giants fan suffered a traumatic brain injury after two men dressed in Dodgers gear attacked him following the teams’ March 31, 2011, game in Los Angeles.

In Wednesday’s attack, Denver, his father and his brother had left a bar around 11:30 p.m. when they got into a spat about the Giants-Dodgers rivalry with another group of people leaving a nightclub. One of the members of the group was wearing a Giants hat, Suhr said.

At first, no one was seriously hurt in the fight that occurred about 90 minutes after the game ended, but it picked up again a few minutes later, Suhr said. It wasn’t clear who started the second fight, Suhr said, but it ended with Denver’s stabbing.

“Obviously, this is one of the most storied rivalries in baseball. That said, and I’m a big Giants fan, there is no place at these games for violence,” Suhr said. “Nobody’s life should be at stake whether they are at the game, leaving the game, whether it’s six blocks away and an hour and a half after the game.”

Denver attended the game with his relatives but left in the eighth inning of what turned out to be a 6-4 Giants victory. His attackers did not attend the game, Suhr said.

The Giants and Dodgers are longtime division rivals, and passions tend to run high when the teams play. The Giants won the World Series last year but are set to miss the playoffs this year. The Dodgers, on the other hand, won the division.

Denver was born in Los Angeles County but was living in Fort Bragg in Northern California, a city about 170 miles north of San Francisco, according to public records. He and his brother came to San Francisco to attend the game with their father, a big Dodgers fan who lives in Southern California, said Cas Smith, the owner of North Coast Plumbing in Fort Bragg, where Denver worked.

The Giants said in a statement that they would observe a moment of silence for Denver at Thursday’s game and increase security around the ballpark.

“While details are still emerging, we want to be clear that there is absolutely no place in our community for this type of senseless violence,” the team said in a statement.

Police, too, said they planned to have more officers on the streets, although they said the police presence is already higher during Giants-Dodgers games.

Violence has marred previous contests between the teams. In 2003, Giants fan Marc Antenorcruz, 25, was fatally shot by a group of Dodgers fans after a drunken argument at Dodger Stadium.

Bryan Stow, the paramedic and Giants fan, was beaten in a parking lot after the Dodgers’ 2011 home opener and spent two years in hospitals and rehabilitation centers.

Two Dodgers fans are awaiting trial on charges in the beating, which sparked outrage and brought stadium security changes around the state and country.

The Giants have held occasional fundraisers for Stow. The team will donate $10 from each ticket sold in certain sections of AT&T Park at Tuesday, Thursday and Sunday’s games to a fund set up for him, team spokeswoman Staci Slaughter said.

Suhr, meanwhile, urged fans to be mindful of their behavior.

“Please, be respectful of everybody rooting for whoever they want to root for,” he said.

Contributing to this report were Associated Press writers Lisa Leff and Jason Dearen in San Francisco, and researcher Rhonda Shafner in New York.