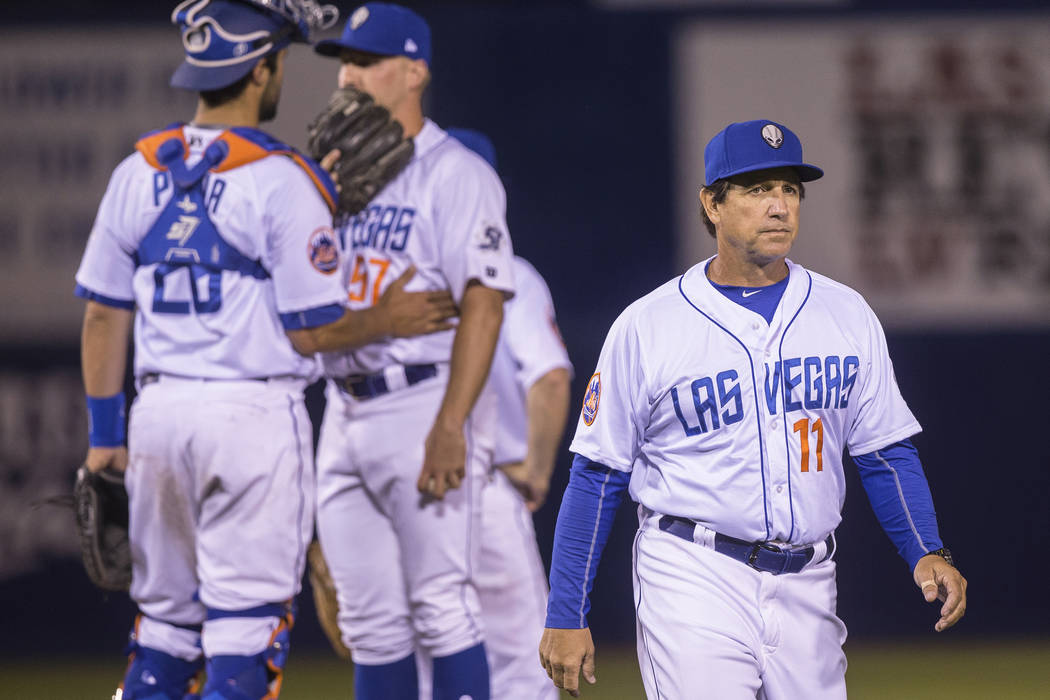 Buddy Baumann and Ezequiel Carrera over the weekend became the latest players to hit the disabled list, two more in a string of injuries the 51s have faced this season.

Along with Baumann, pitchers Jamie Callahan, Logan Taylor and Vance Worley (elbow) are on the disabled list.

Infielders Gavin Cecchini and David Thompson are injured, along with outfielders Bryce Brentz and Matt den Dekker. All four position players were starters for the 51s when the season began.

Baumann left Friday night’s game early, and Carrera left Sunday’s game. Manager Tony DeFrancesco said Baumann had shoulder tendinitis and that Carrera hurt his calf running the bases and would be put on the disabled list on Monday.

Callahan, who has been out since April 22, will have shoulder surgery, DeFrancesco said.

“We won’t be seeing him anymore,” DeFrancesco said.

Taylor, Brentz and Thompson are all rehabbing at the Mets’ facility in Florida.

Taylor has been out since May 21. DeFrancesco said he had a “flare-up in his elbow,” while Thompson and Brentz went down in back-to-back weeks. Thompson was hit by a pitch on the hand, suffering a hairline fracture. Brentz fouled a ball off his foot, and DeFrancesco said at the time that he had a fracture in his foot.

“They’re still down in Florida,” DeFrancesco said. “I haven’t heard any reports on them. Last I heard, Thompson was ahead of Bryce.”

Cecchini is still out after being hit by a pitch on the foot on May 9, but he remains with the 51s in Las Vegas.

DeFrancesco said Cecchini has a bad bruise and is walking but is not yet taking ground balls.

“It’s more about letting him heal,” DeFrancesco said. “When he’s able to do baseball activities, then he’ll get moving.”

And den Dekker is dealing with a knee issue.

“That’s going to take two weeks for him to rest,” DeFrancesco said. “So once he’s able to go from there, he should be back in the lineup, within three weeks I would think.”

The 51s were also without Corey Oswalt recently, who had a lat injury. Oswalt is back and will make his second start Monday since coming off the disabled list.

All those injuries, combined with Mets injuries that have prompted call-ups from the 51s — Noah Syndergaard, Yoenis Cespedes, Jeurys Familia, Wilmer Flores, A.J. Ramos and Juan Lagares are among the big-leaguers currently sidelined — have made things more difficult in Las Vegas.

“It’s huge in this game. Once the major league team starts having injuries, it affects the whole organization, not just us,” DeFrancesco said. “You’ve got to find bodies. We went out and got some guys from independent ball. (Aaron) Laffey retired. It’s just constantly trying to fill the pitching rotation and the bullpen.”

Grant Hufford, Joel Chimelis and Tony DeFrancesco, who all came from the Astros organization, will be presented with their rings tonight: pic.twitter.com/2DfAZFyw7F

Upcoming at the park

The 51s finish their series against Round Rock with Smith’s Value Menu Monday, offering select food at discounted prices.

After an off day, they hit the road for a trip to Colorado Springs and Oklahoma City.