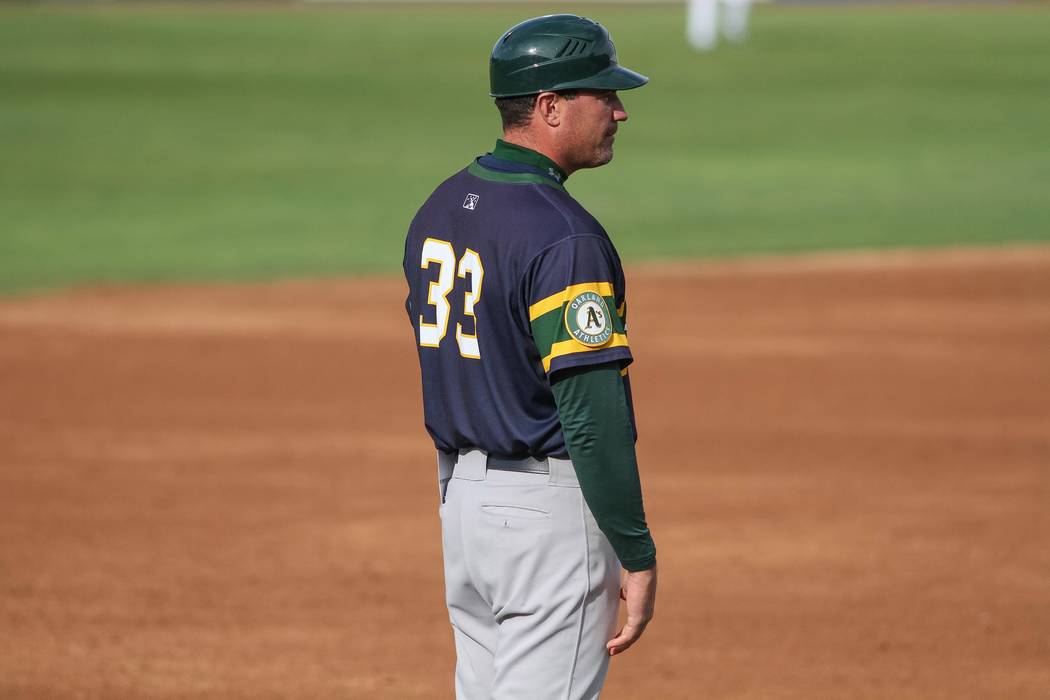 Once a week, Fran Riordan checks in on Las Vegas Ballpark webcam, tracking the progress construction workers have made on the Summerlin ballpark, which will open up in April.

Riordan, the Athletics announced Thursday, will be at the helm next season when the 51s open up the park, which they expect to be the crown jewel of Minor League Baseball.

“I think it’s a once in a lifetime opportunity not only for the staff but for the players having a chance to open up a new stadium in an already established market,” Riordan said. “I think everybody from the organization (from) the coaches to the players, we’re all really excited about this opportunity.”

The team also will add coach Craig Conklin to the staff. Riordan said Conklin had been in the scouting arena for the Athletics and he will be a “jack of all trades,” for the team, helping out with whatever the team needs.

Riordan, 43, has been in the Athletics organization for four seasons. He has been a minor-league manager for 18 seasons (941-925 record) with 2018 his first at the Triple-A level. He managed the Sounds to a second-place finish (72-58) in the American Southern Division last season.

The Athletics are taking over in Las Vegas for the New York Mets, who moved their Triple-A team to Syracuse, New York, after the 2018 season. Last season, when the Mets were in Las Vegas and the Athletics were in Nashville, the two teams had the furthest distance between parent club and Triple-A affiliate.

“That’s obviously a huge advantage,” Riordan said. “There’s so much movement from the Triple-A club to the big leagues that the quicker you can get guys back and forth the better so this is obviously a much better geographical situation for us.”