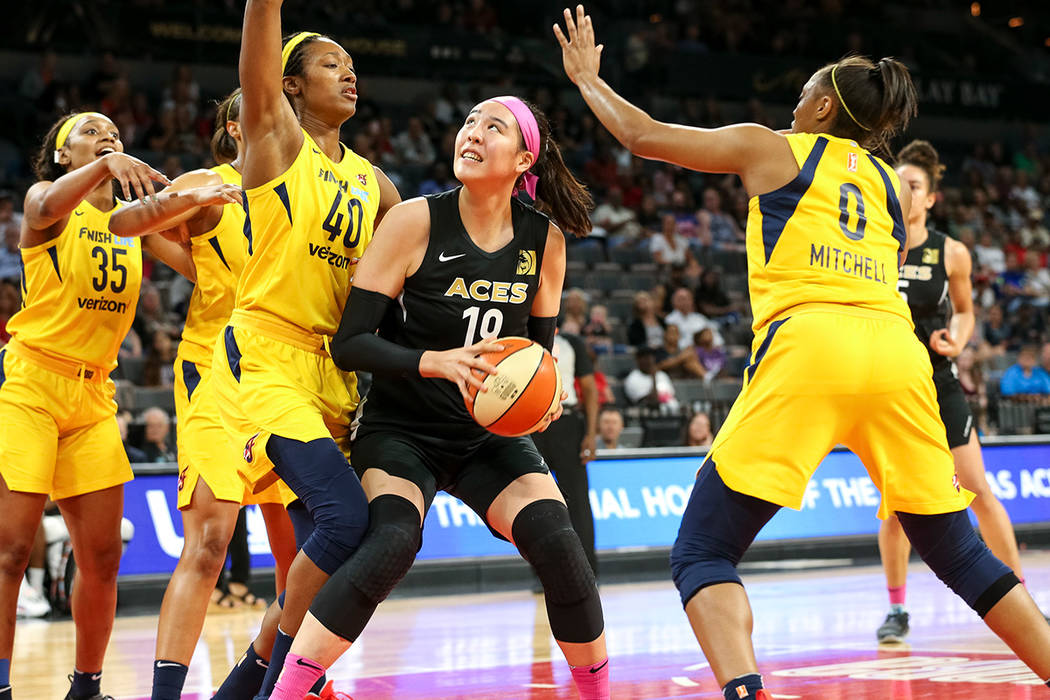 The Aces will open their second season May 26 against the Los Angeles Sparks at Mandalay Bay Events Center.

The WNBA schedule released Tuesday also has the Aces for three games on ESPN2 — at the Phoenix Mercury on May 31, home against the Seattle Storm on July 23 and on the road against the Sparks on Aug. 1.

ESPN networks will air 16 regular-season WNBA games, up from 13 a year ago, and ABC also will air the league’s All-Star game July 27 at the Mandalay Bay Events Center.

“The Sparks have been the most successful team in the West with regards to postseason appearances since the league’s inception, and they will provide us with a good early season test to see how much we’ve grown as a team,” Aces coach Bill Laimbeer said in a statement. “I anticipate a sellout crowd to ring in the new year for the Aces.”

The Aces finished their inaugural season at 14-19, missing the playoffs by a half-game. The regular season was condensed because of the FIBA World Cup, but the 2019 season is three weeks longer and the Aces won’t play any back-to-backs.

“We had a great inaugural season a year ago, both on and off the court, and our expectations for success continue to grow,” Laimbeer said.