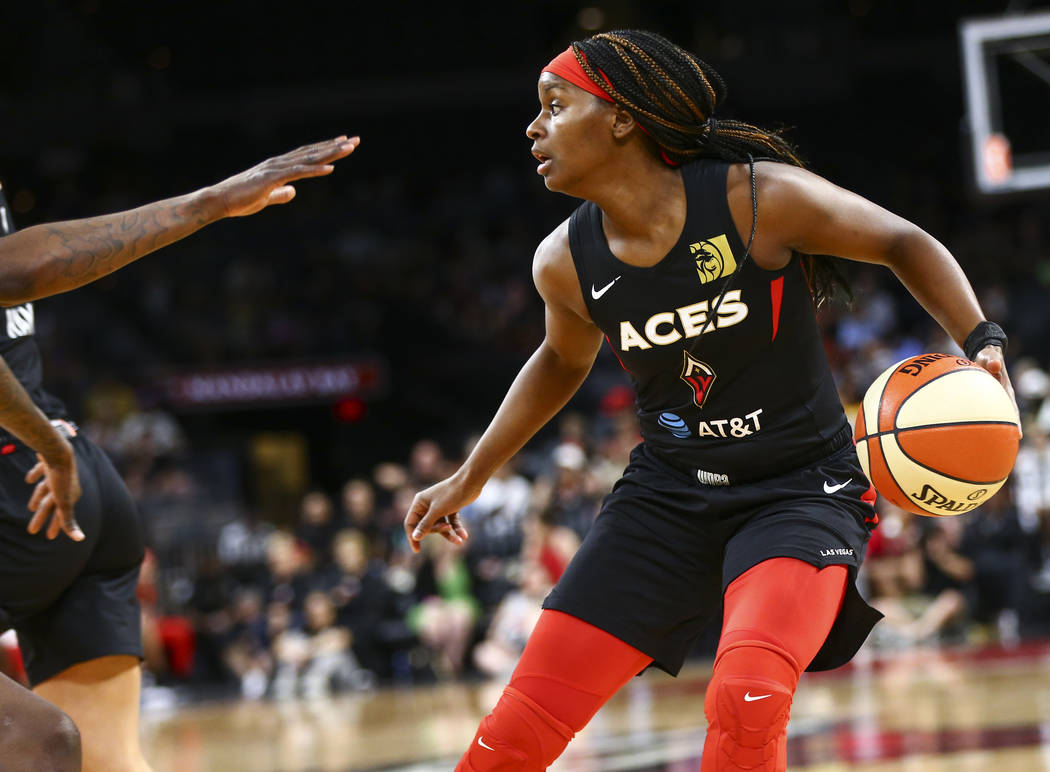 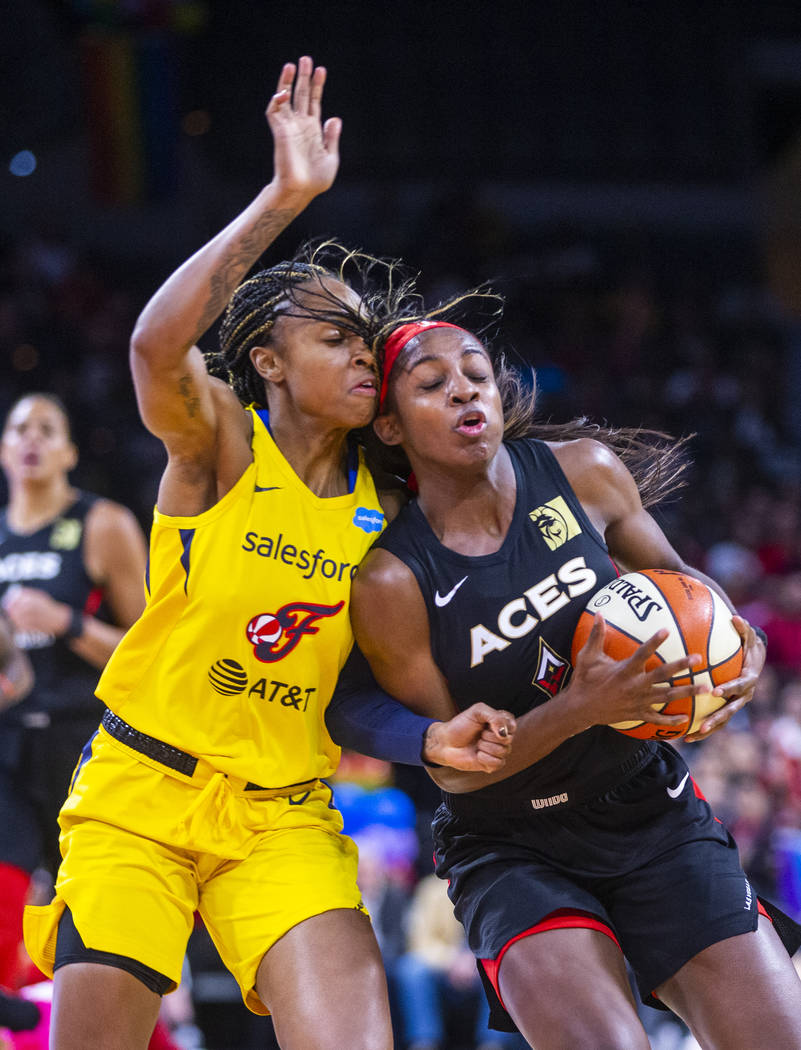 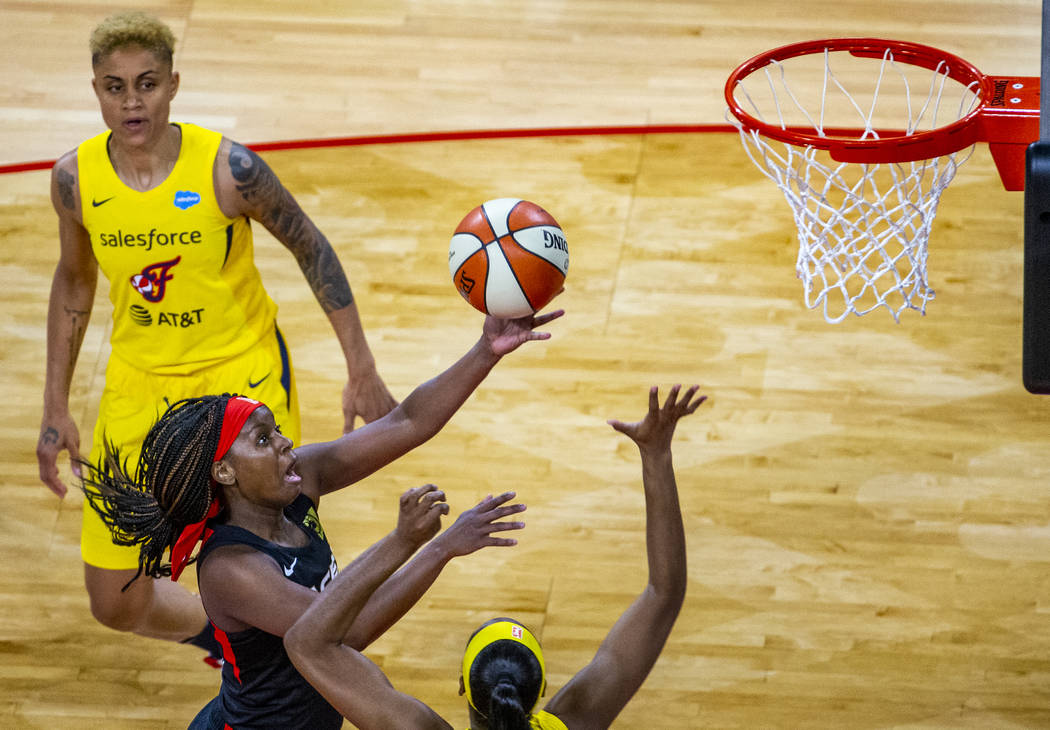 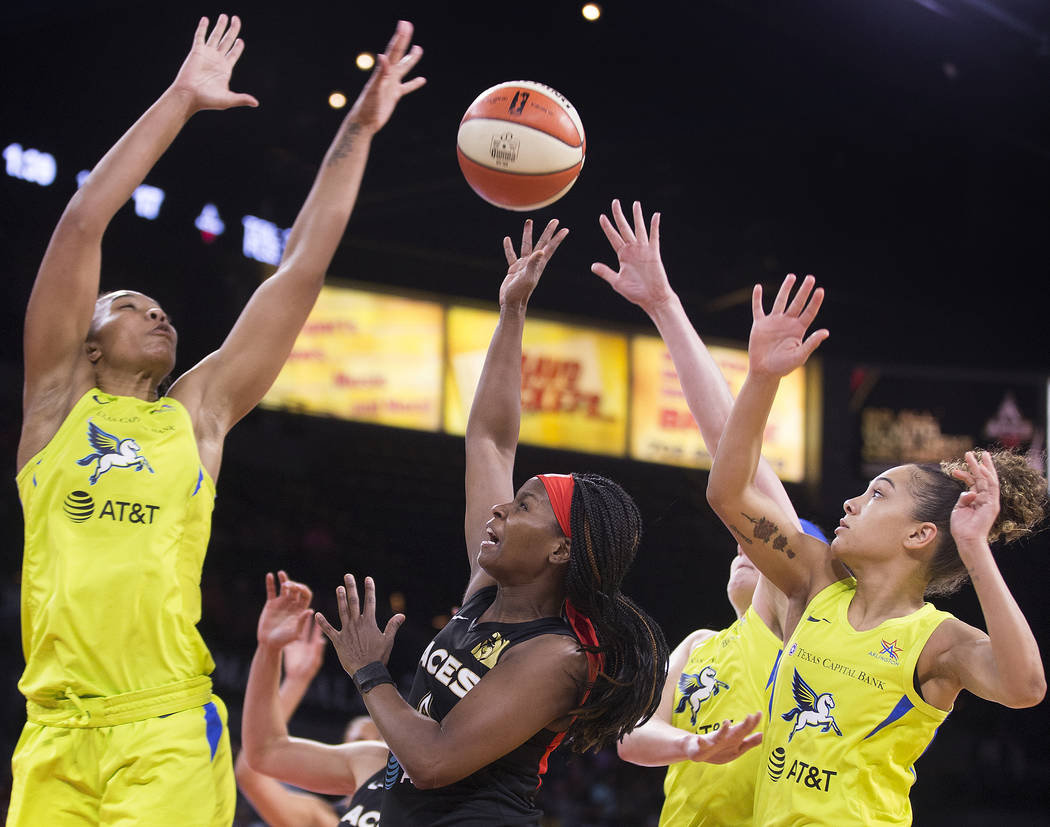 Aces guard Sugar Rodgers believes she is playing for a championship caliber team.

“You see the starters. You see the bench. You see the coaching staff,” she said. “A championship is in the future. We work hard. We can definitely accomplish that.”

Time, now, to prove it in the second half of the season.

Las Vegas at 13-6 is tied with the Connecticut Sun for the best record in the WNBA, buoyed by the league’s best defense, a trio of All-Stars and a collection of experienced role players. The remaining 15 regular-season games are crucial for seeding, and sharpening the chemistry and communication ahead of the postseason, which begins in September.

“From the outside looking in, (a deep playoff run) has always been expected for our team,” Aces wing Tamera Young said. “If we play together and keep pushing together, then great things will happen.”

The Aces through the first 19 games have the best defense in the league by a number of metrics, most notably defensive efficiency. They allow a league-low 90 points per 100 possessions, secure a league-high 73.2 percent of defensive rebounds and hold opponents to a league-low 38.2 percent shooting.

“Defensively, we needed to improve. That’s what we’ve been focusing on, since day one, since training camp,” Rodgers said. “Getting after it defensively and just challenging one another in practice.”

Offense is still a work in progress, but is more than effective enough right now to win at a high level. The Aces average 15.6 turnovers per game — fourth most in the WNBA. They make (5.5) and attempt (15.0) the fewest 3-pointers in the league, as well, but lead the league in 3-point shooting percentage (36.8).

Laimbeer is hopeful the team’s guards can continue to make more shots, and is eager in the second half of the season to maximize the efficiency of center Liz Cambage, the team’s top low-post threat as forward A’ja Wilson recovers from a sprained ankle.

“We have to learn how to get her the ball in the right spots,” Laimbeer said of Cambage. “When they trap her, learn how to cut. More timing on offense. Overall, we’re well positioned so far.”

Wilson out of boot

Wilson shed the walking boot Monday for the first time since injuring her left ankle July 19. She didn’t participate in practice, but did some stretching and lateral movements away from the court.

Laimbeer said there’s still no timetable for her return.