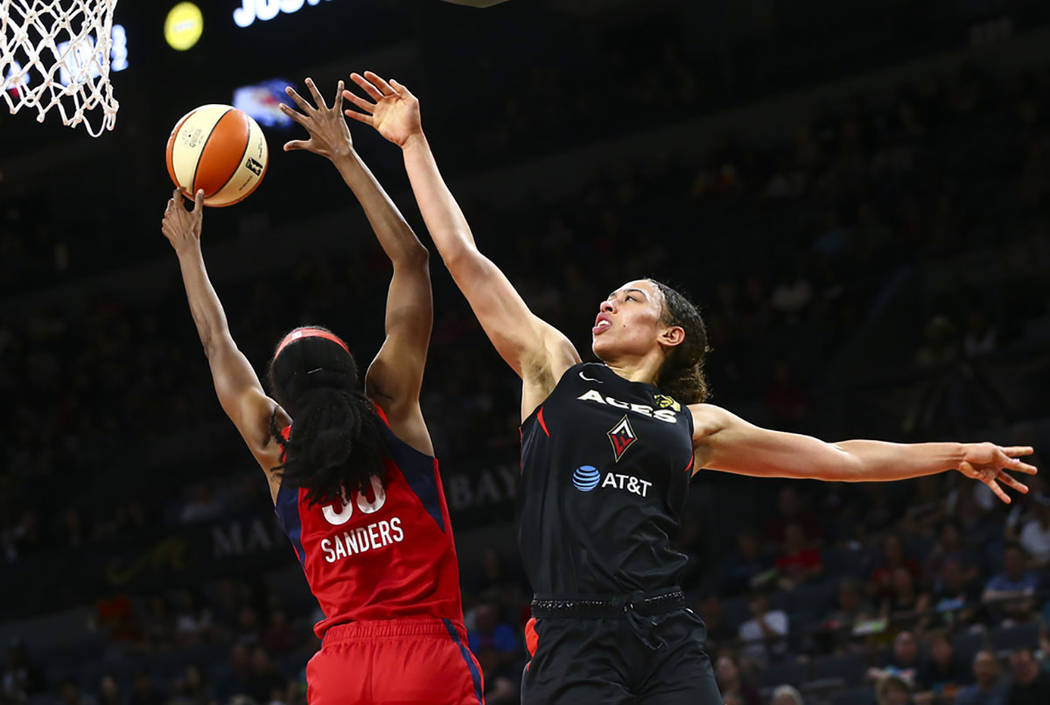 LAS VEGAS — The Las Vegas Aces and Washington Mystics on Aug. 5 will complete their game that was suspended at halftime because of an earthquake earlier this month, the Aces announced on Monday.

The game will be played at T-Mobile Arena at 7 p.m. instead of the Aces’ normal home at Mandalay Bay.

The original game was on July 5 when a magnitude 7.1 earthquake hit Southern California just before the half, with the effects felt as far away as Las Vegas and Mexico. After talking it over, WNBA officials suspended the game out of an abundance of caution. NBA Summer League games in Las Vegas also were postponed that night.

The game will resume with Washington leading 51-36 and the Mystics in-bounding the ball on the baseline to start the third quarter.

Las Vegas will most likely be missing A’ja Wilson for the completion of the game; she has been sidelined with a left ankle sprain. Washington is expected to have Emma Meesseman, who missed the original game because she was playing for Belgium in the EuroBasket Tournament.

Washington wasn’t scheduled to play in Las Vegas the rest of the season.

The Mystics are in Phoenix the day before the completion of the game. The Aces are in Dallas two days before.

July 5 was the first time a WNBA game was suspended mid-game. The NBA’s G League had a game suspended this past season when a leak in the roof in Erie, Pennsylvania, stopped play early in the fourth quarter of the BayHawks’ game against the Long Island Nets. The teams finished that before a regularly scheduled game between the teams at Nassau Coliseum a month later.

Fans holding tickets for the July 5 game will automatically receive a ticket to the rescheduled game on Aug. 5. If tickets were received via Flash Seats or the AXS mobile app, tickets will automatically be uploaded to the ticket holder’s account. Fans who purchased their tickets at the box office may pick up their ticket from the T-Mobile Arena Box Office Will Call the day of the game.