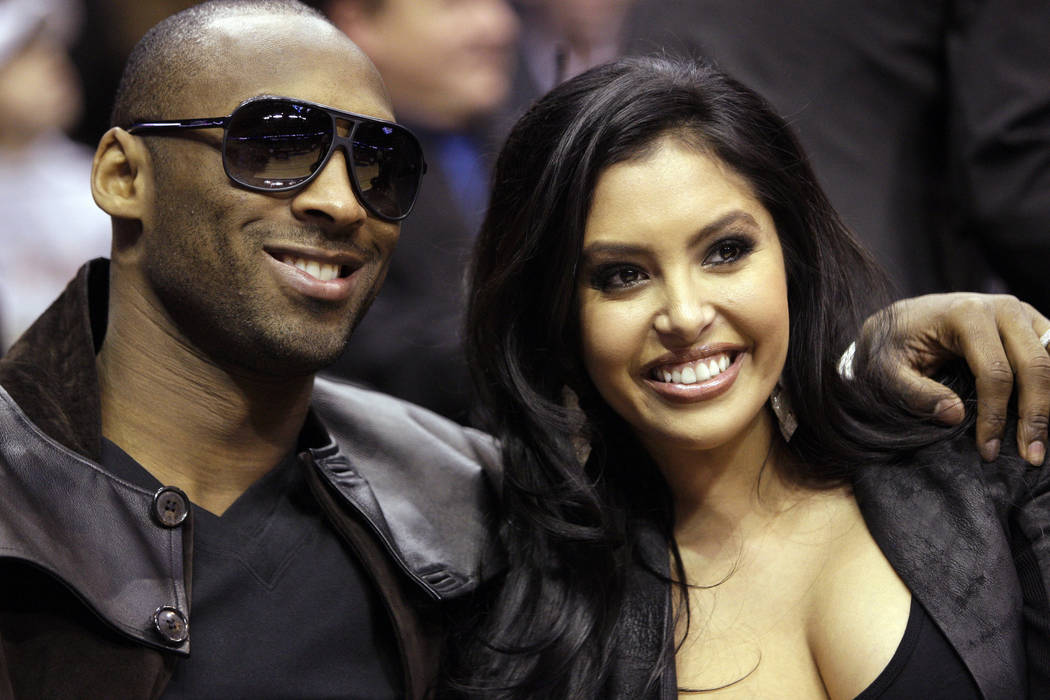 Los Angeles Lakers guard Kobe Bryant and his wife, Vanessa, attend the skills competition at the NBA basketball All-Star Saturday Night in Dallas. Vanessa Bryant expressed grief and anger in an Instagram post Monday, Feb. 10, 2020, as she copes with the deaths of her husband Kobe Bryant, their daughter Gigi and seven other people in a helicopter crash last month. (AP Photo/LM Otero, File) 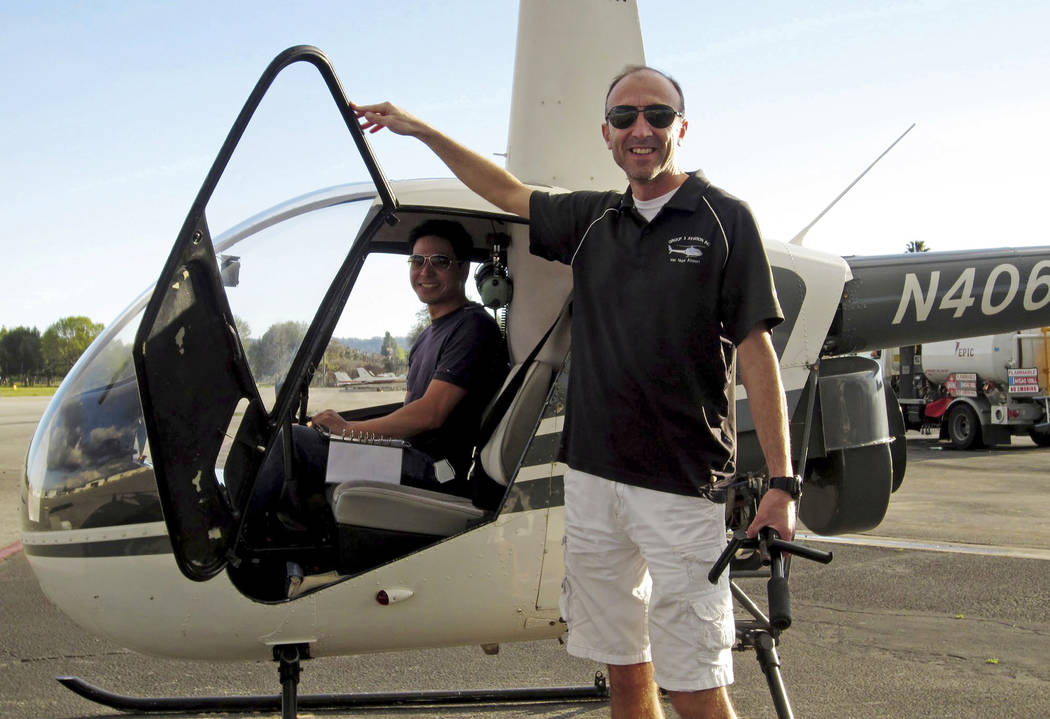 FILE - This undated file photo provided by Group 3 Aviation shows helicopter pilot Ara Zobayan standing outside a helicopter, at a location not provided. Zobayan violated federal flight rules in 2015 when he flew into busy airspace near Los Angeles International Airport despite being ordered not to by air traffic control, according to records from the Federal Aviation Administration obtained by the Los Angeles Times. (Group 3 Aviation via AP, File)

LOS ANGELES — Kobe Bryant’s widow on Monday sued the owner of the helicopter that crashed in fog and killed the former Los Angeles Lakers star and their 13-year-old daughter last month.

The wrongful death lawsuit filed by Vanessa Bryant in Los Angeles Superior Court said the pilot was careless and negligent by flying in cloudy conditions Jan. 26 and should have aborted the flight.

Pilot Ara Zobayan was among the nine people killed in the crash.

The lawsuit names Island Express Helicopters Inc. and also targets Zobayan’s legal representative, listed only as “Doe 1” until a name can be determined.

Vanessa Bryant’s lawsuit asserts that Zobayan was negligent in eight different ways, including failing to properly assess the weather, flying into conditions he wasn’t cleared for and failing to control the helicopter.

The lawsuit was filed as a public memorial service for Kobe Bryant, his daughter, and all the victims, including Zobayan, was being held at the arena where Bryant played most of his career.

Calls to Island Express seeking comment were not answered and its voicemail was full.

The company issued a statement Jan. 30 on its website saying the shock of the crash had prompted it to suspend service until it was appropriate for staff and customers.

The National Transportation Safety Board is investigating the cause of the crash into a hillside in Calabasas on the outskirts of Los Angeles County.