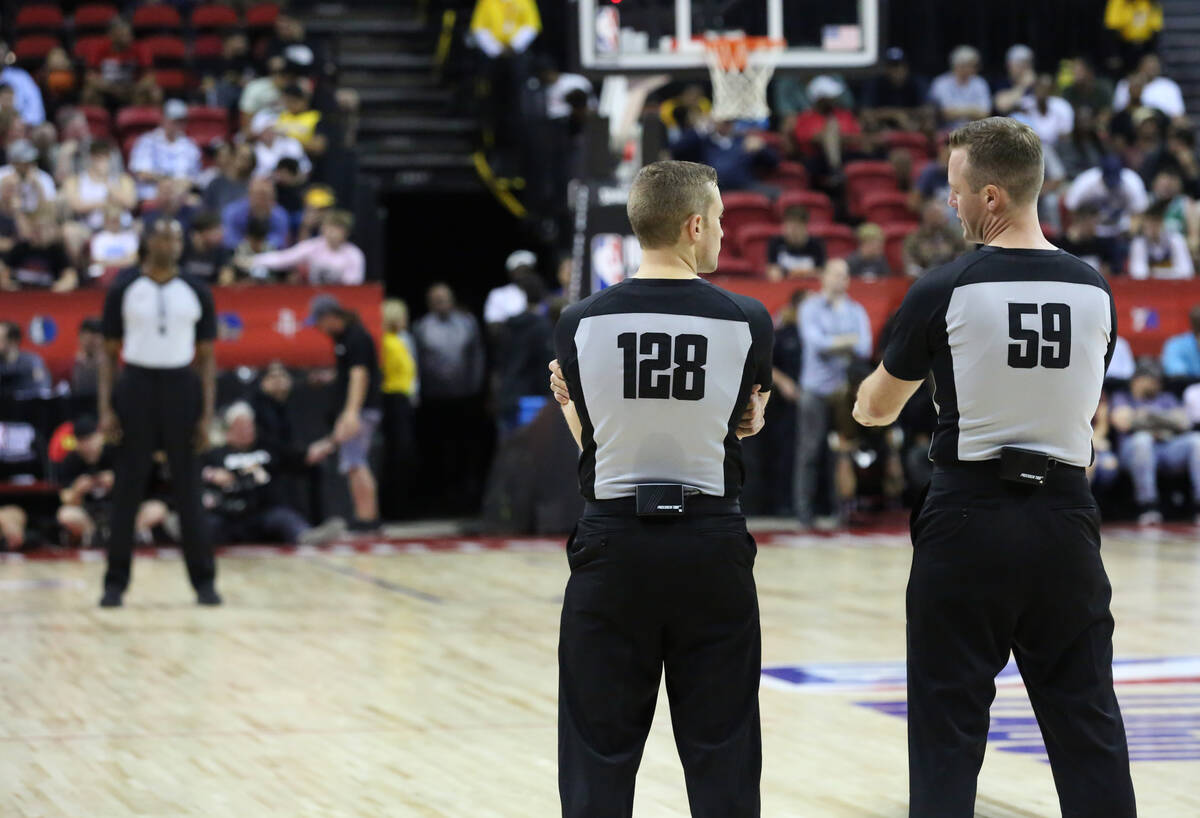 Referees discuss during a timeout in the Vegas Summer League game between the Washington Wizards' and the Brooklyn Nets in at the Thomas & Mack Center on Monday, July 8, 2019, in Las Vegas. Bizuayehu Tesfaye Las Vegas Review-Journal @bizutesfaye 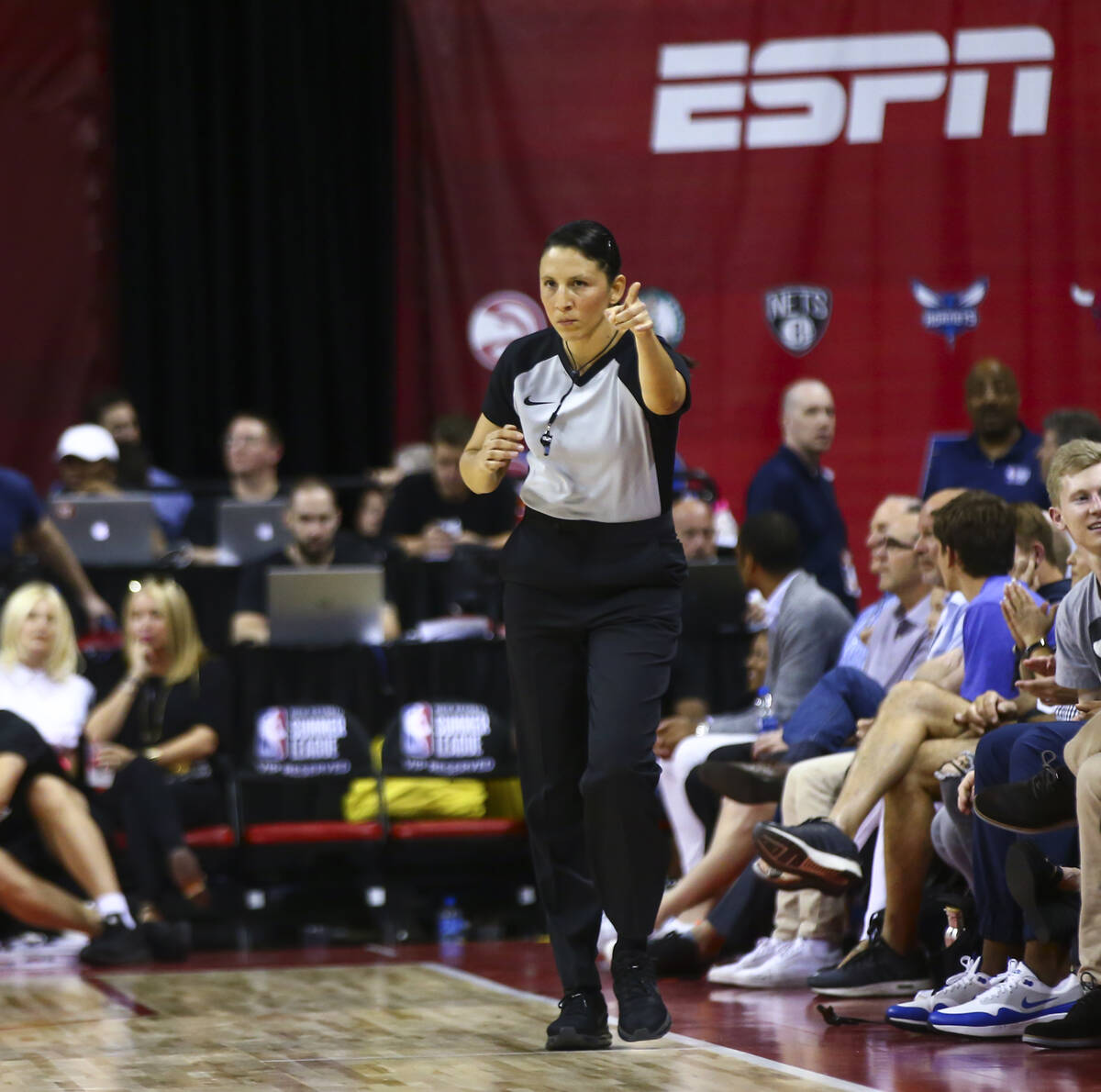 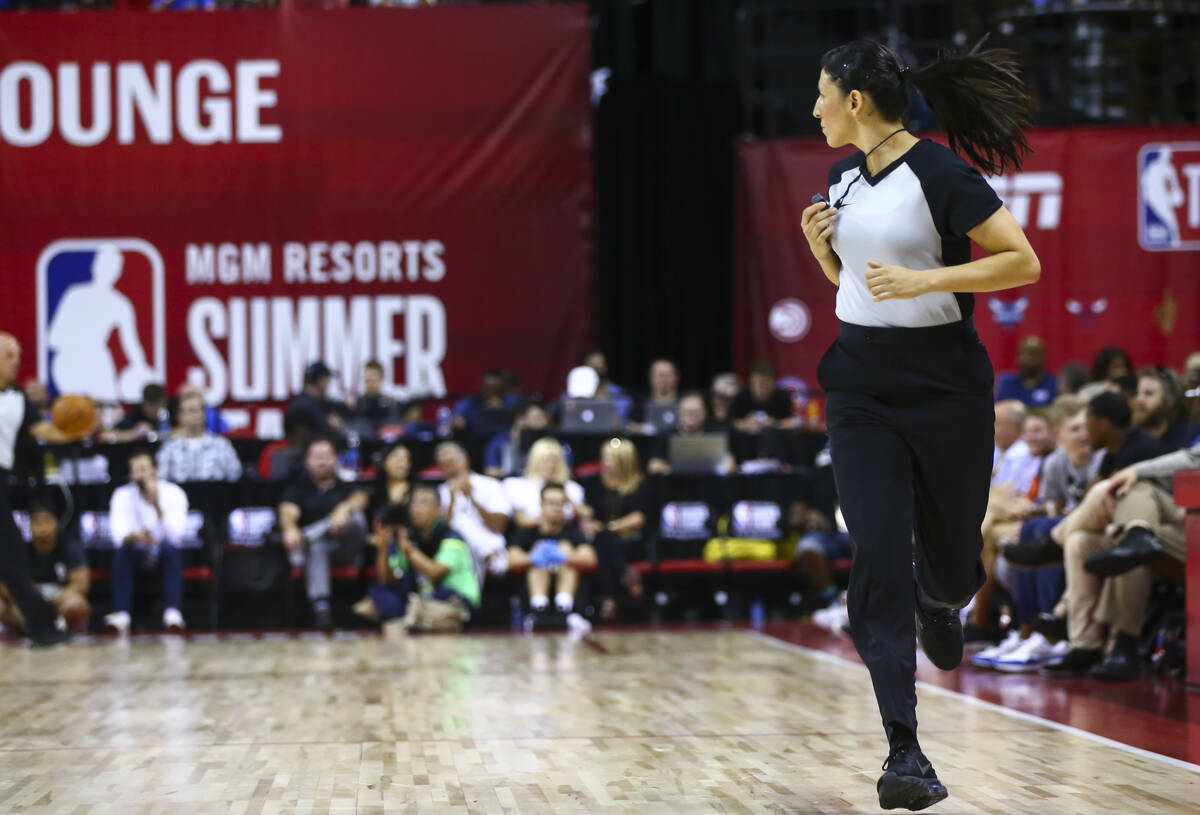 Referee Hortencia Sanchez-Carrizales keeps up with the action while officiating a game between Phoenix Suns and Memphis Grizzlies at the Vegas Summer League in the Thomas & Mack Center in Las Vegas on Tuesday, July 9, 2019. (Chase Stevens/Las Vegas Review-Journal) @csstevensphoto 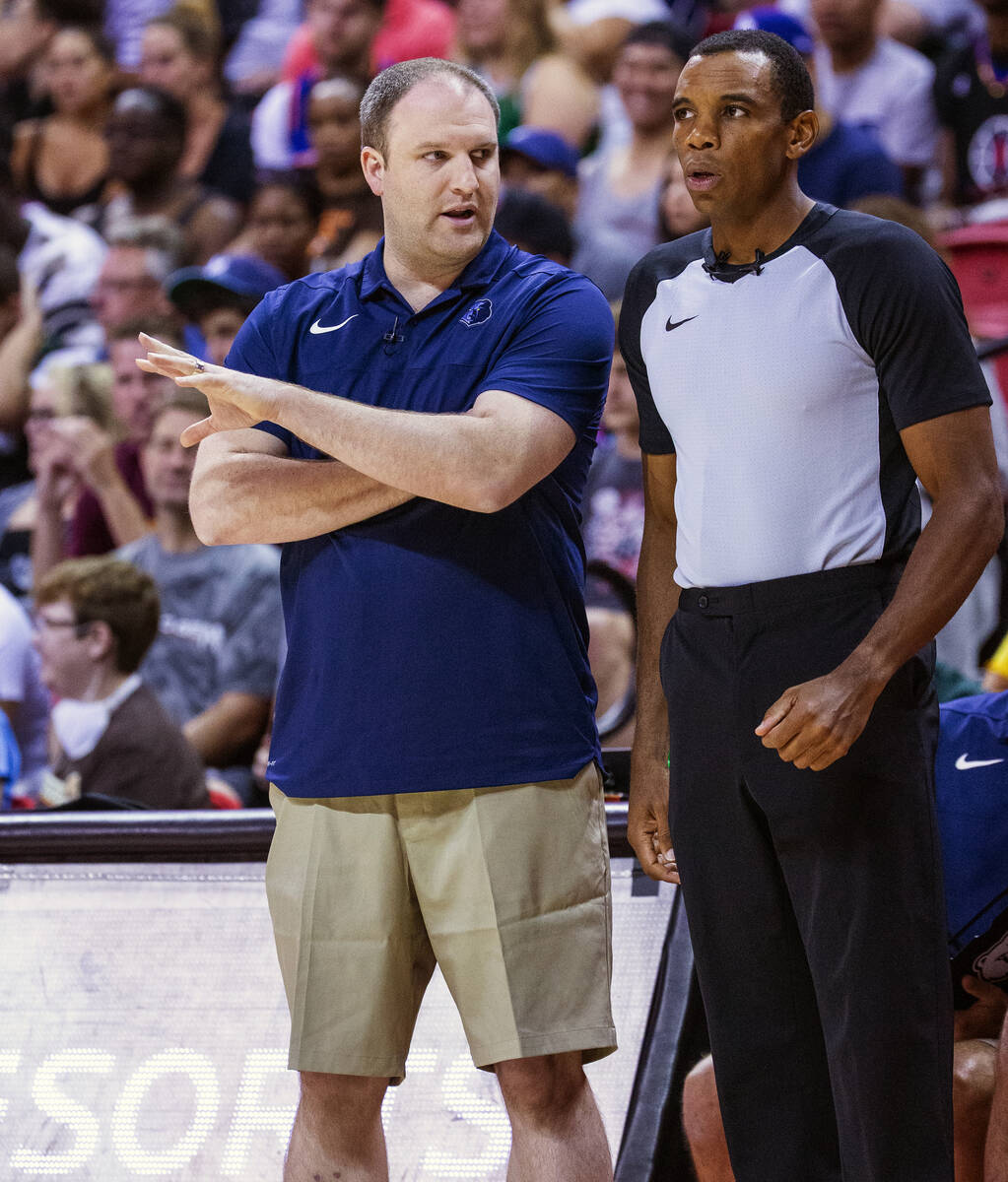 Memphis Grizzlies head coach Taylor Jenkins discusses a call with a referee during the first period of their NBA Summer League game versus the Boston Celtics at the Thomas & Mack Center on Saturday, July 13, 2019, in Las Vegas. (L.E. Baskow/Las Vegas Review-Journal) @Left_Eye_Images

Summer League games are faster than in the NBA, necessarily so with one game following right after another.

The NBA, in fact, often uses the Summer League to try out potential rules changes.

Don’t expect much different this year. The Summer League is held Thursday through July 17 at the Thomas & Mack Center and Cox Pavilion.

— Each quarter is 10 minutes, two minutes shorter than in NBA games. This helps squeeze as many games into a session without the final one tipping off at midnight.

— Players stay in the game after picking up a sixth personal foul. Not until they reach 10 are they dismissed. That’s because the Summer League is about getting playing time and exposure in front of the league’s coaches, front-office personnel and scouts..

— It takes 10 fouls in a quarter for a team to be in the bonus, double that of the season. Nothing would slow down a game more than a series of free throws.

— Each team receives two full timeouts per half, without the ability to carry over any unused timeouts into the second half. Teams are allotted seven timeouts per game in regulation during the season. That whole thing about fans not wanting to see a bunch of free throws applies to timeouts.

— Overtime lasts two minutes rather than five. If the game goes to a second overtime, it becomes sudden death. The first team to score wins. Now that would be quite a change in the NBA.