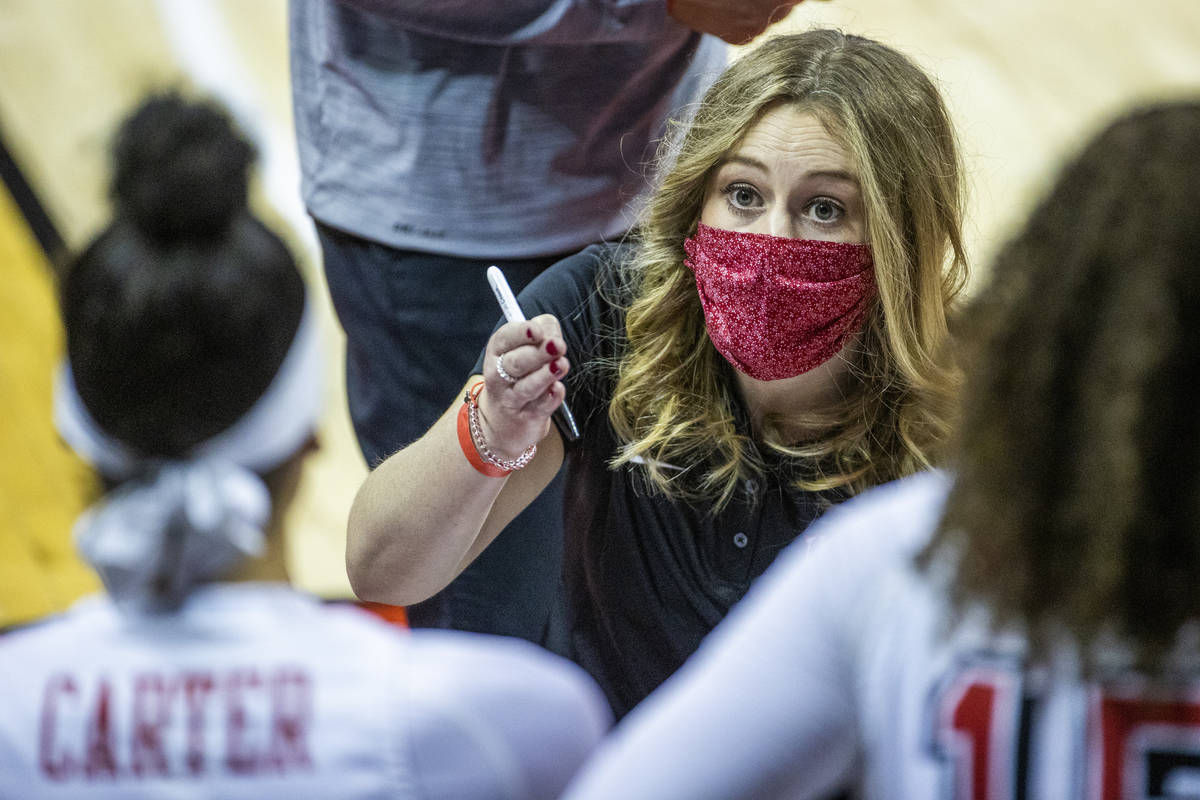 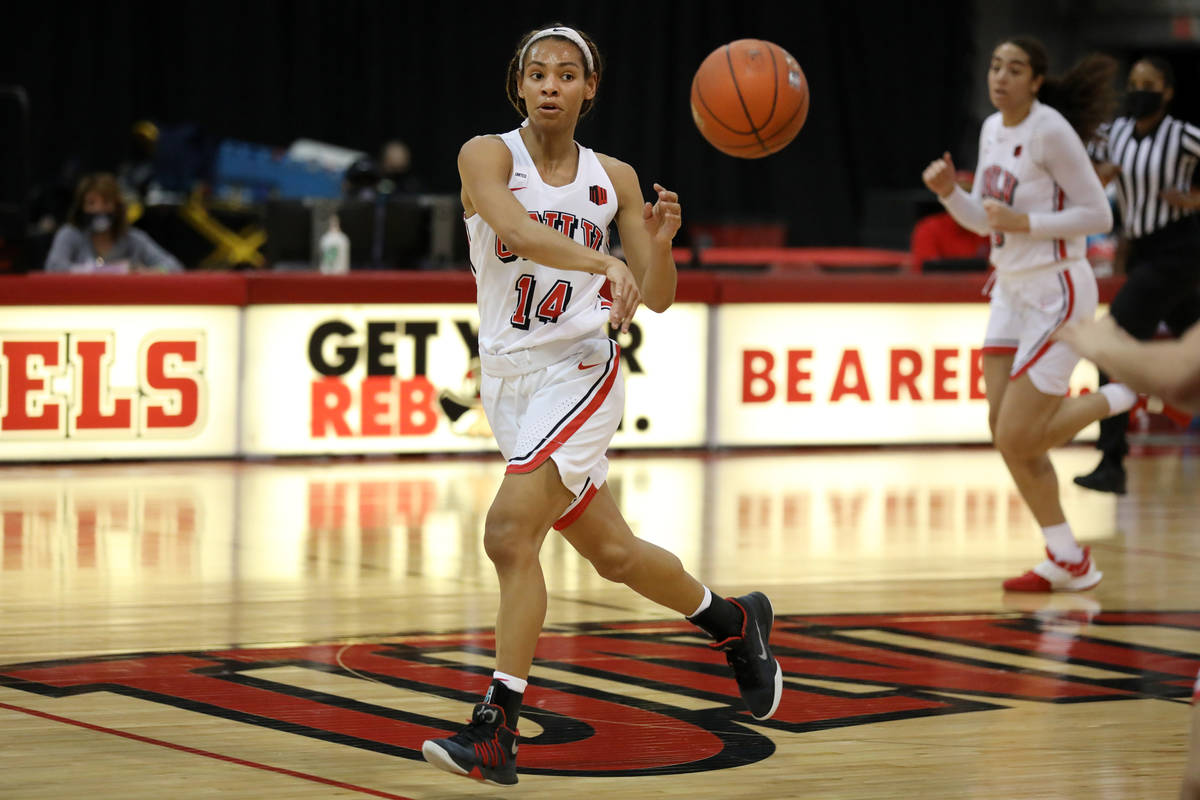 There wasn’t much expected of UNLV’s women’s basketball team this season.

With a young squad being led by a first-year coach in Lindy La Rocque, the Lady Rebels were picked to finish ninth in the Mountain West. To further complicate matters, because of COVID-19, La Rocque didn’t have the time with her team she normally would during the spring the summer.

As a result, UNLV got off to a slow start, But the Lady Rebels found their identity at the midway point of the season. Since then, there’s been a steady climb in the standings. They’ve won five straight and 10 of their last 12 to earn the No. 2 seed in the Mountain West tournament at the Thomas & Mack Center.

UNLV has a bye to the quarterfinals and will meet the winner of Sunday’s matchup of No. 7 Wyoming and No. 10 Utah State at 5:30 p.m. Monday. The semifinals will be played Tuesday with the championship game at 8 p.m. Wednesday.

“We’re positioned in a great spot, the No. 2 seed,” La Rocque said. “I don’t know that I would have ever guessed that at the beginning of the year, but the theme for this year has been continuous growth and improvement. … I’m excited about what we can do. We’ve got to put three really great games together and we’ll go dancing.”

UNLV was 9-0 on the road, so La Rocque said she told her team to treat the tournament that way, despite the fact that the Lady Rebels’ home floor at Cox Pavilion is in the same complex as the Thomas & Mack Center.

The Lady Rebels’ success has made the 30-year-old La Rocque a frontrunner for the Mountain West Coach of the Year award, which will be announced Sunday.

When most coaches are hired, they speak of building a program that can be a source of pride for the community. It’s more personal in La Rocque’s case, since she’s a born-and-raised Las Vegan who played at Durango High before reaching four Final Fours as a guard at Stanford.

“I think it’s rather special, and I think (UNLV athletic director) Desiree Reed-Francois saw Lindy’s love of Las Vegas is genuine,” said Al La Rocque, Lindy’s father who coached at the high school level in Las Vegas for 34 years. “It’s not very often where somebody comes home in a unique situation, but she knows the community.”

Lindy also understands basketball, thanks to several top-notch mentors. In addition to her father, Lindy played for and coached with Hall of Famer Tara VanDerveer at Stanford. She also had a stint as a graduate assistant under another Hall of Fame coach in Sherri Coale at Oklahoma.

Lindy has used that to turn the Lady Rebels into winners in her first season. It started with the decision to make their lone senior Bailey Thomas, last year’s Mountain West Defensive Player of the Year, the point guard.

“I was like, ‘What is this coach doing? I don’t dribble the ball,’” Thomas said. “Then she’s telling me to shoot all the time, and I’m thinking she’s crazy. Then we started winning, and I’m seeing the results. We have a great relationship with each other. I just think we had to get that trust, and we’ve definitely seen how great things have come from Coach Lindy.”

The Lady Rebels have taken on their coach’s personality — tough and competitive, but also cerebral and calm. That calm and steady demeanor has helped UNLV win seven games that were decided by five of fewer points in conference play and turn around to beat Boise State 12 after losing to the Broncos by 26 the day before.

UNLV has found its identity as a defensive and rebounding team, while much of its offensive success can be attributed to shooting 141 more free throws during the conference season than any other team. 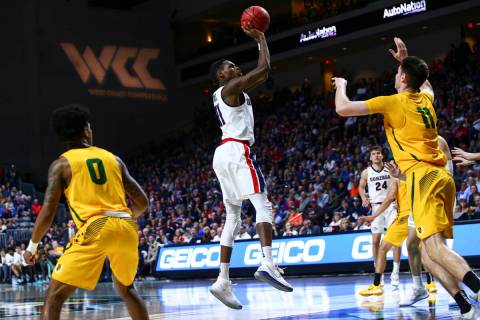 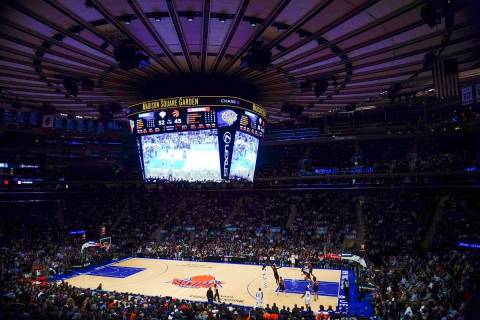 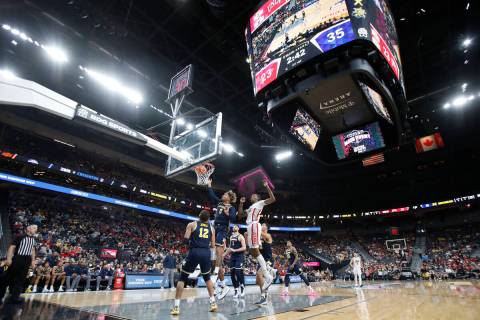 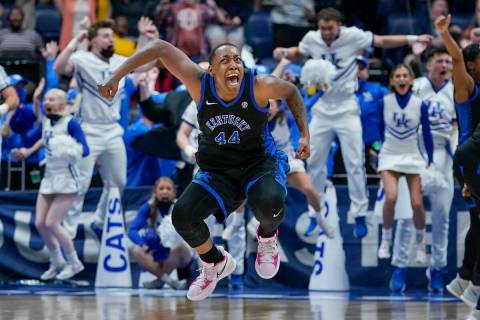 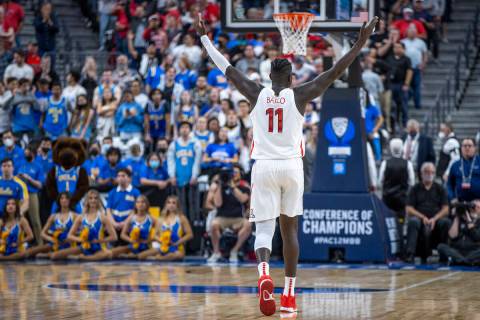 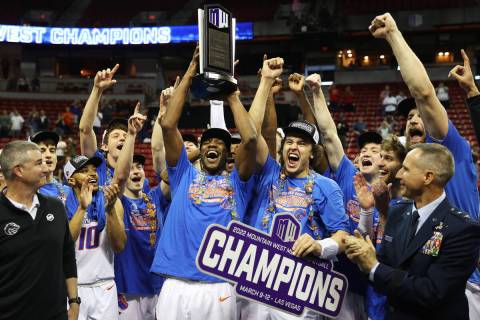 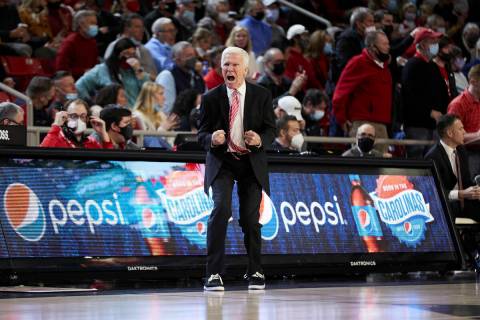 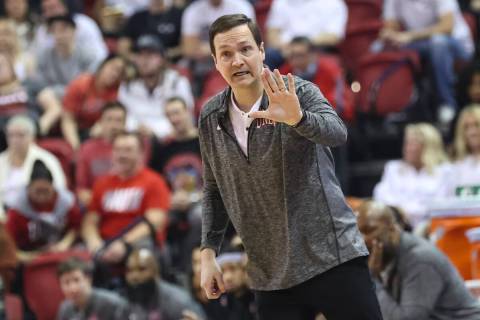 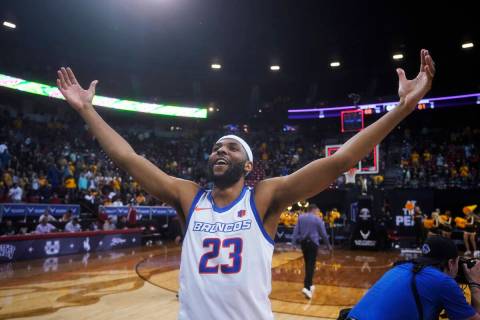