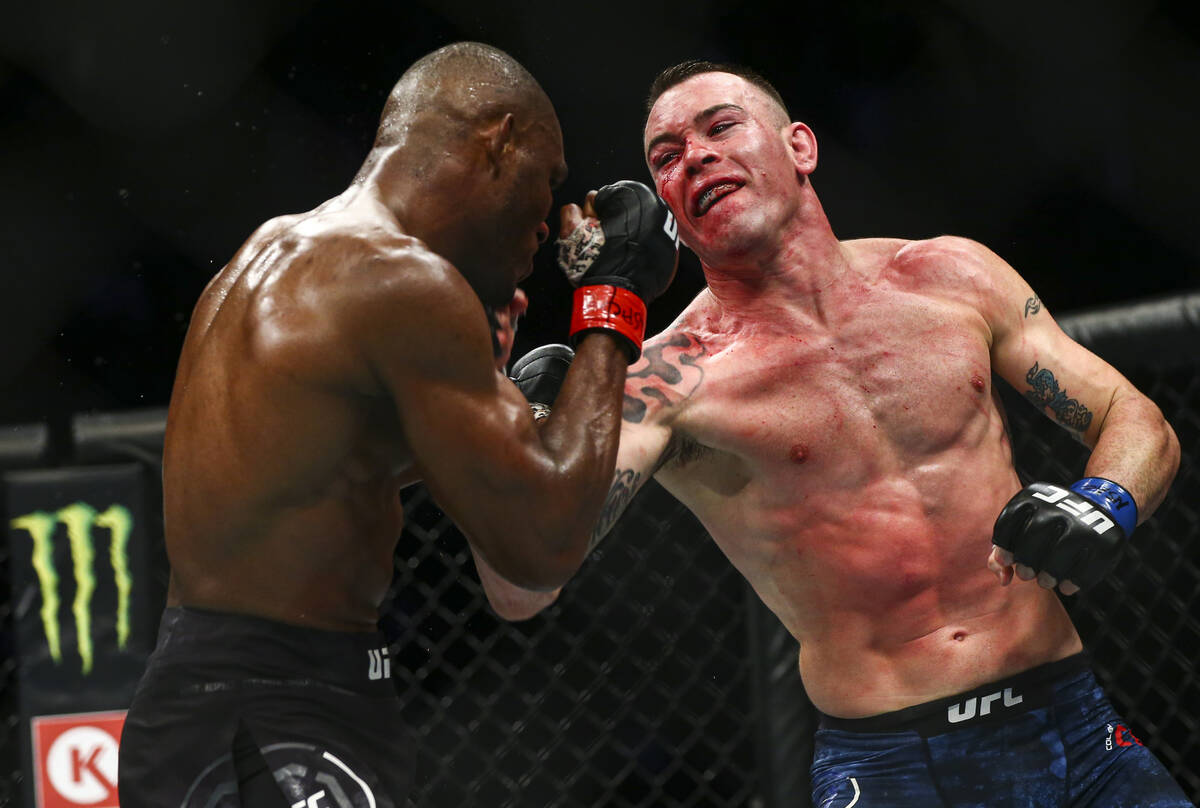 Colby Covington is a heavy favorite over Jorge Masvidal in the main event of UFC 272 on Saturday night at T-Mobile Arena.

Finocchiaro likes Jamie Mullarkey (14-4-0) to upset Jalin Turner (11-5-0) in a lightweight fight in the featured bout of the prelims.

While the 6-foot-3-inch Turner has the height and reach advantage over Mullarkey and will have plenty of room to maneuver in the T-Mobile cage, which is 44 percent larger than the Apex cage, Finocchiaro questions the level of competition Turner has faced.

“Mullarkey has competed against a higher level of competition and, though he’s giving away some of the physical metrics, Mullarkey is tough and he’s durable,” said Finocchiaro (@GambLou). “He’s competed against and beaten a higher level of opponent than Turner has been in with and he’s really been working on his wrestling in advance of this fight.”

“I rarely play favorites north of a -130 price, but Mitchell is undefeated and poised to rise to the occasion in the biggest spot of his career on the main card of a pay-per-view,” said Edwards (@vegasbedwards). “This kid has star written all over him. This is your vintage striker-grappler matchup. Huge advantage for Bryce on the ground. I think Mitchell is able to execute takedowns and dominate with his elite wrestling. The Arkansas product wins by submission or decision.”

Mitchell by submission pays 2-1 at Circa Sportsbook and by decision pays +265.

In the main event, Covington is a -310 favorite over Masvidal (+255) at Caesars Sportsbook in a matchup of former friends. The majority of Caesars bettors are siding with the underdog, as Masvidal has captured 80 percent of the tickets and 53 percent of the money wagered.

“With Covington, it’s like when you book the Logan Paul or Jake Paul fights, he’s an easy guy to hate,” Caesars lead UFC trader Brandon Yaeger said. “It plays into his game where people love to hate him, and they’re going to bet against him. Closer to fight time, I definitely think the price will shift back toward Covington.

“All-around game, he’s a lot better. Cardio, he’s way better. He’s not a stupid fighter. In the first two rounds, he might stand up with Masvidal and give into it a little bit. But when he gets into those third, fourth and fifth rounds, if it gets that far, he’s going to try and take him down and ground him out.”