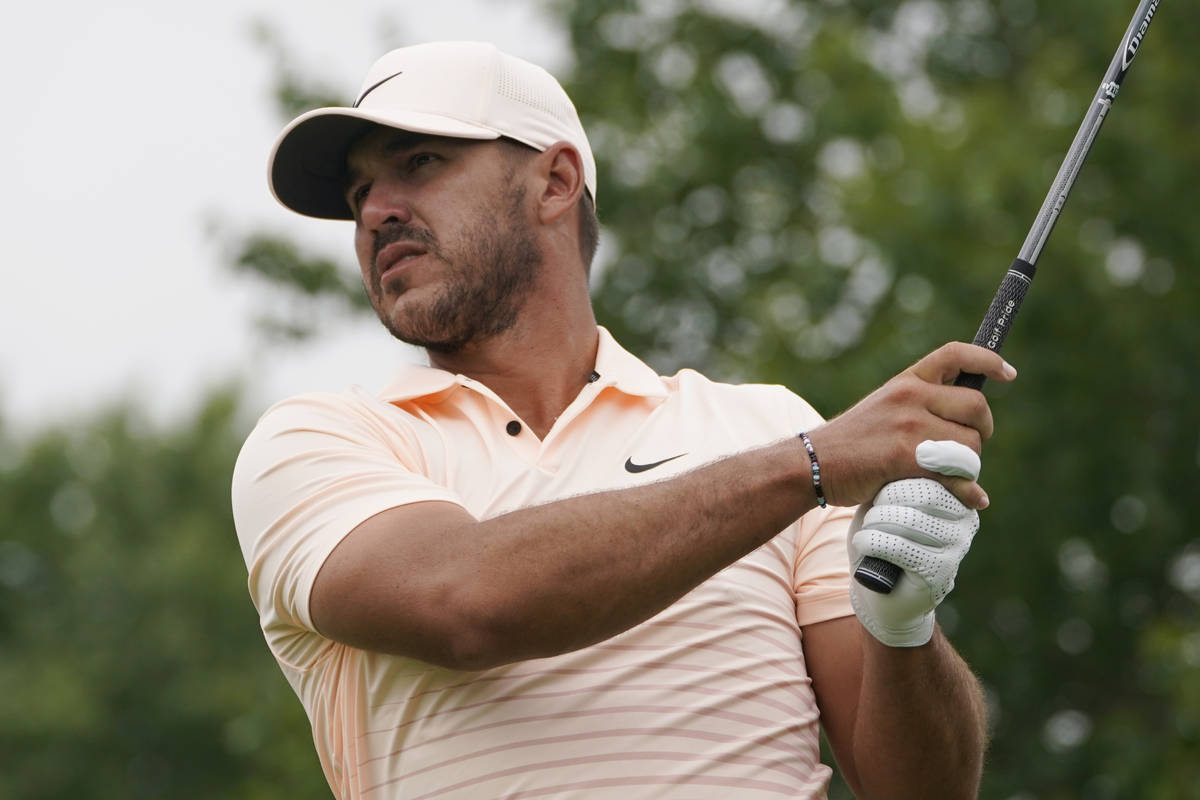 Brooks Koepka watches his tee shot on the second tee during the final round of the Travelers Championship golf tournament at TPC River Highlands, Sunday, June 27, 2021, in Cromwell, Conn. (AP Photo/John Minchillo) 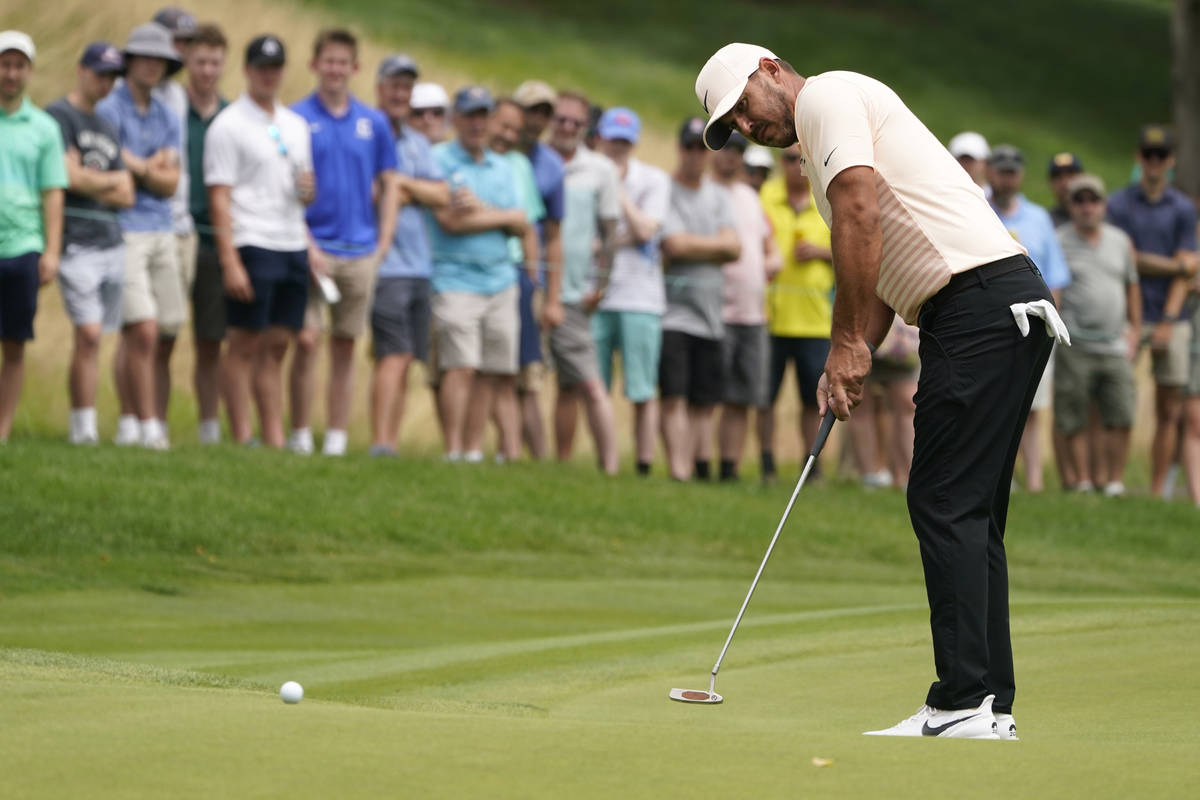 Brooks Koepka watches his putt on the first hole during the final round of the Travelers Championship golf tournament at TPC River Highlands, Sunday, June 27, 2021, in Cromwell, Conn. (AP Photo/John Minchillo) 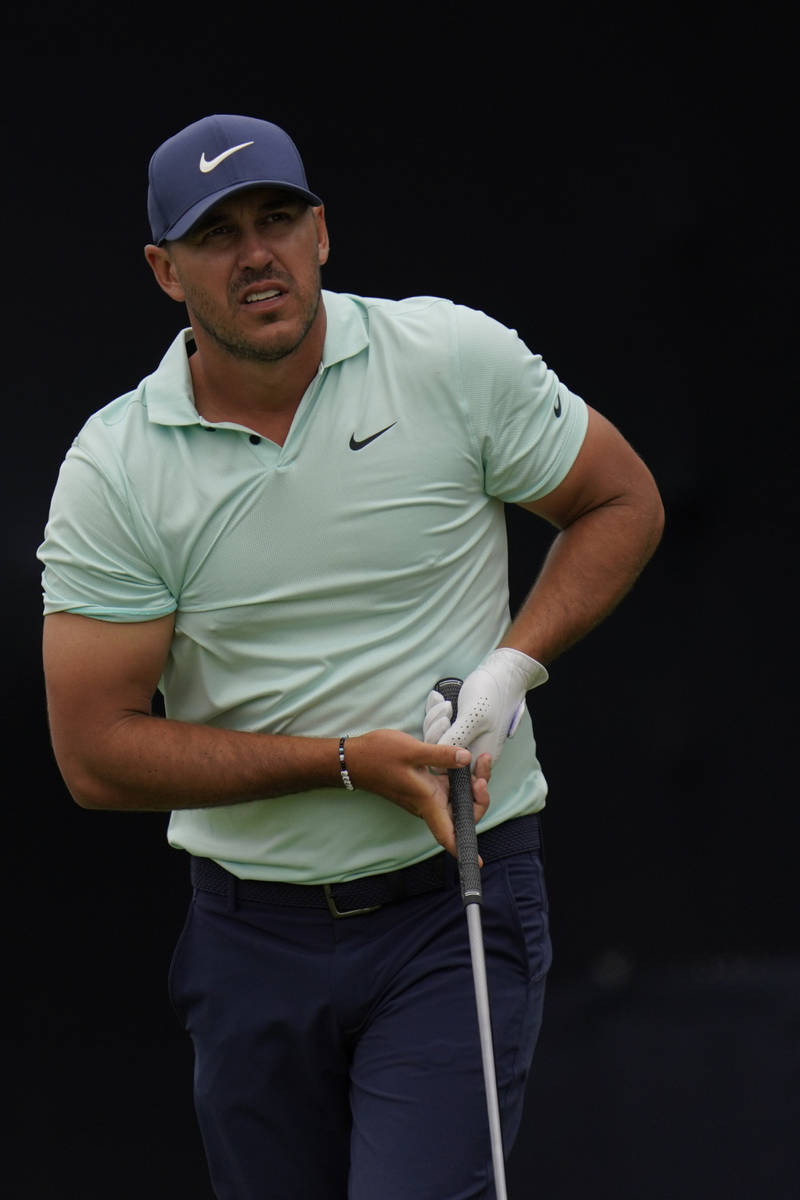 Backing Brooks Koepka to contend in a major has become as close to a sure thing as there is in golf betting.

Oddsmakers and bettors are banking on Koepka to extend that trend and contend in the British Open, which tees off Thursday at Royal St. George’s in Sandwich, Kent, England.

Koepka is the 16-1 second choice behind favorite Jon Rahm at Circa and the Westgate, and he’s among the ticket and money leaders at Las Vegas sportsbooks.

Handicapper Wes Reynolds, co-host of VSiN’s “Long Shots” golf betting show, lists Koepka as one of his best bets to win the fourth and final major of the year.

“The bet Brooks Koepka in major championships narrative is obviously well known, yet he keeps showing up in them and either winning them or contending at the very minimum,” said Reynolds (@WesReynolds1). “Koepka is 84 under par since 2016 in the majors that he’s played, and that is over 60 strokes better than his nearest competitor.

“The statistics, particularly from a ball-striking standpoint, line up this week, as does the links pedigree. He has three top 10s in his last four Open appearances.”

Here are Reynolds’ other best bets and comments:

“McIlroy missed the cut last week at the Scottish Open. Eight of the last nine times he’s missed a cut worldwide, he’s finished in the top 20 the following start. In three of those instances, he won his next start.

“Last time at the Open, Rory was playing essentially a home game at Royal Portrush, just one hour from his boyhood home. Disaster struck immediately with a quadruple bogey 8 on the first hole en route to a 79. He rebounded, shooting a course-record 61 on Friday to miss the cut by one. McIlroy has been waiting two years for redemption.”

“After four years without a win, Spieth finally returned to the victory circle with a win in his home state in the Valero Texas Open, his first title since his 2017 British Open win at Royal Birkdale.

“Hatton climbed into the top five in the world with a win earlier this year in Abu Dhabi. Hatton has two top-six finishes in his last four appearances at The Open. He is a proven links player with two victories in the Alfred Dunhill Links Championship.”

”Casey’s ball striking, approach and greens-in-regulation numbers are all near the top of this week’s field. He also has a victory earlier this season in Dubai and has been a solid contender in multiple big events this season, finishing fourth at the PGA Championship and seventh at the U.S. Open.”

“Lowry has had possession of the Claret Jug for two years now, and the Irishman will not let it go very easily. He has shown some signs in big events this year with a tie for fourth at the PGA, a tie for sixth at the Memorial and an eighth at the Players.”

”Fleetwood has improved at The Open in each appearance, capped off by a runner-up in 2019 at Royal Portrush. No player in the field has played more links rounds since 2015 than Fleetwood.”

”Leishman has come close at The Open a couple times, including the four-hole playoff loss in 2015 at St. Andrews to Zach Johnson.”

“In Fowler’s last major, he tied for eighth place at the PGA. Prior to that finish, his last top 10 in a major was a tie for sixth place at Royal Portrush in 2019. Rickie also tied for fifth in the last British Open at Royal St. George’s.”