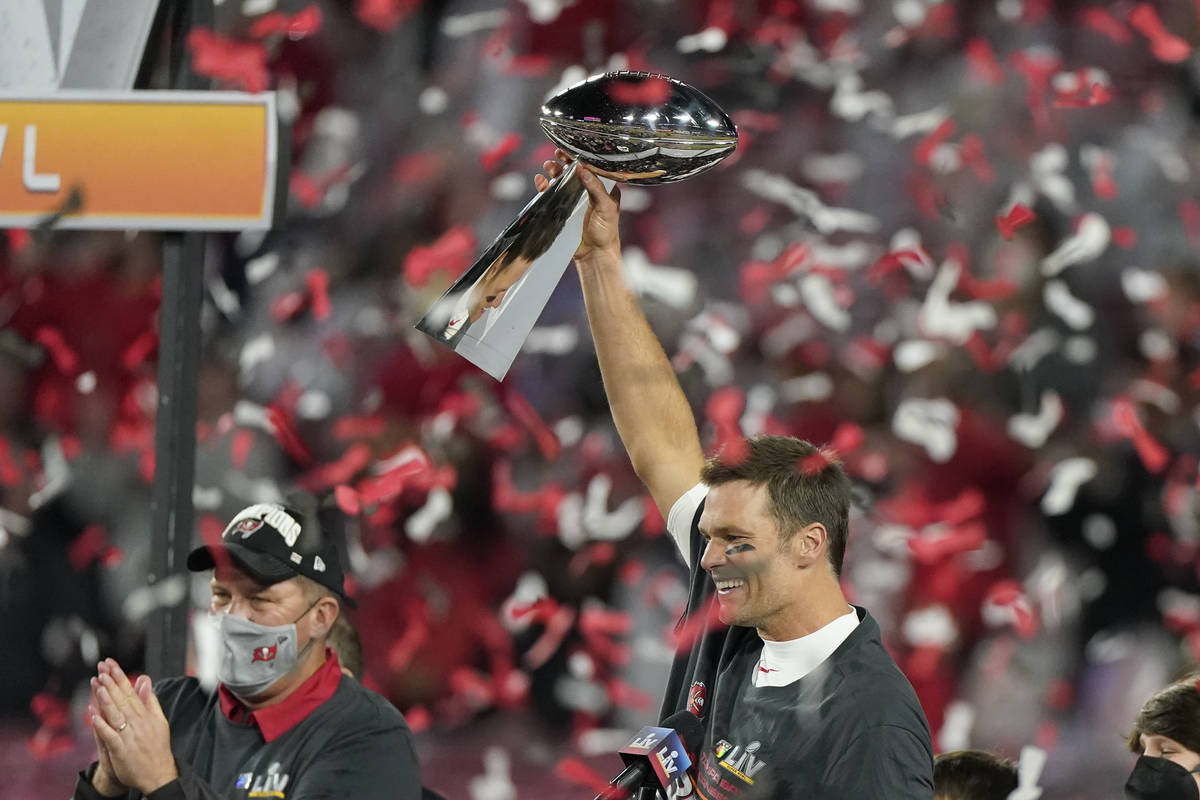 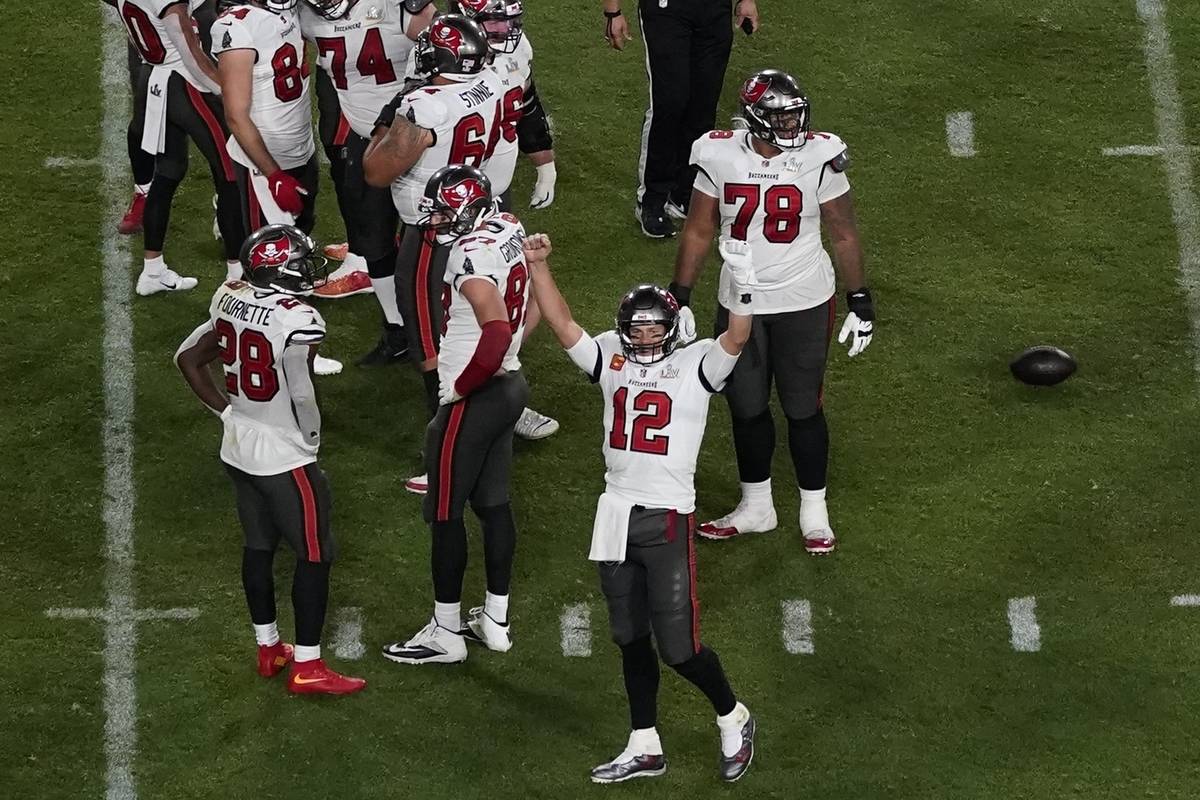 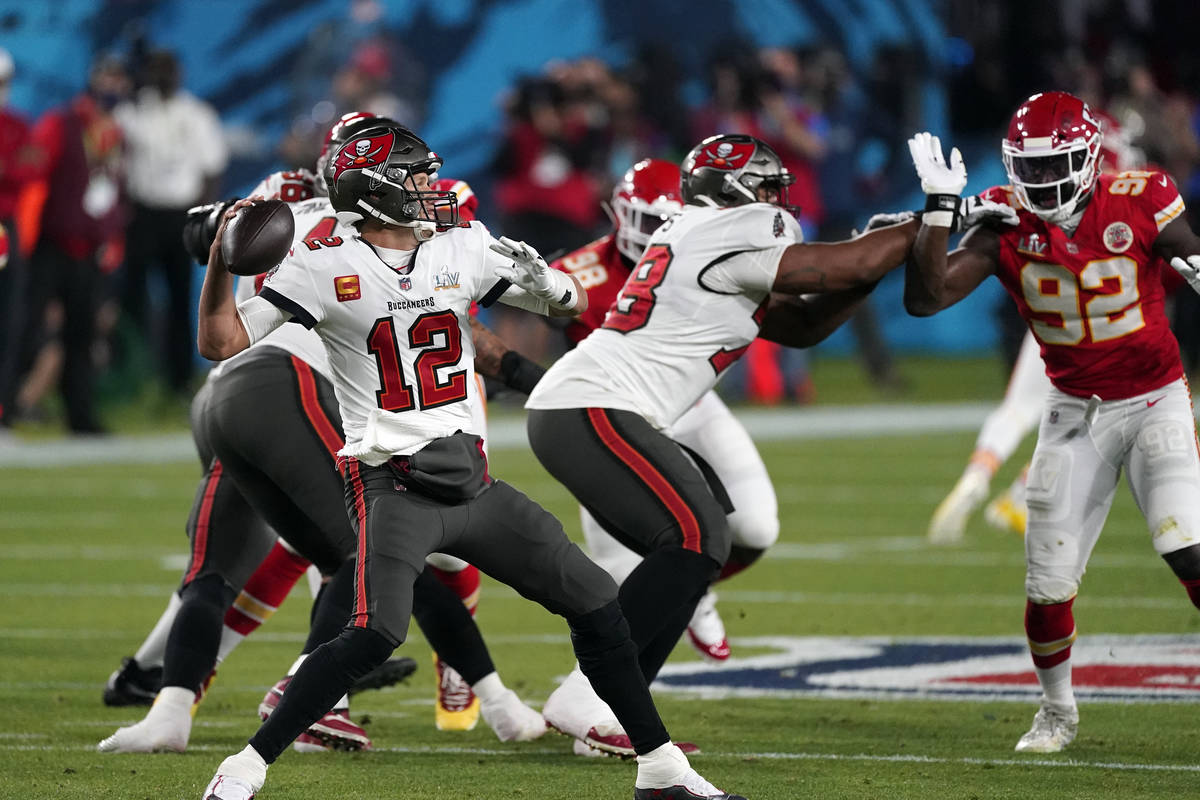 The day after Super Bowl LV was a busy one at Las Vegas sportsbooks as many gamblers placed their bets on teams to win Super Bowl LVI.

“We’re still writing money on the Chiefs at low odds,” Westgate vice president of risk Ed Salmons said. “You get those teams like the Lakers, Chiefs, Yankees and Dodgers that get completely undervalued on the futures market.

“You’re paying a tax for the name. You’re never going to get value odds.”

Tampa Bay was 12-1 to win the 2022 Super Bowl before Sunday’s game but was lowered to 8-1 at the Westgate by halftime.

“Whoever wins the Super Bowl, we lower their odds during the game,” Salmons said. “Tampa was just amazing in the playoffs. They got better and better in every game. They should be good again.”

The Bucs lead the way in tickets and are second in money wagered on Super Bowl futures at William Hill, while the Chiefs are the money leader and second in tickets.

The Green Bay Packers and Buffalo Bills are tied for the 10-1 third choice. A Westgate bettor made a $14,000 wager to win $140,000 on the Packers to win the Super Bowl after they lost back-to-back NFC title games to the 49ers and Bucs.

The Baltimore Ravens are 12-1, followed by the New Orleans Saints at 14-1 and the San Francisco 49ers and Los Angeles Rams at 16-1.

“The NFC looks much more open than the AFC,” Salmons said. “You can point to six or seven teams in the NFC (as Super Bowl contenders). In the AFC, it feels like there are only three teams to look at: the Bills, Chiefs and Ravens.

“If (Houston QB) Deshaun Watson goes to another team, that would obviously change a lot of things.”

The Raiders are in the middle of the pack at 40-1.

“It kind of feels like they’ve gone as far as they can with Derek Carr,” Salmons said. “Is Derek Carr going to win you a Super Bowl? I don’t see that.”

The Nevada Gaming Control Board is expected to release the state’s Super Bowl betting handle, or amount wagered, on Tuesday.