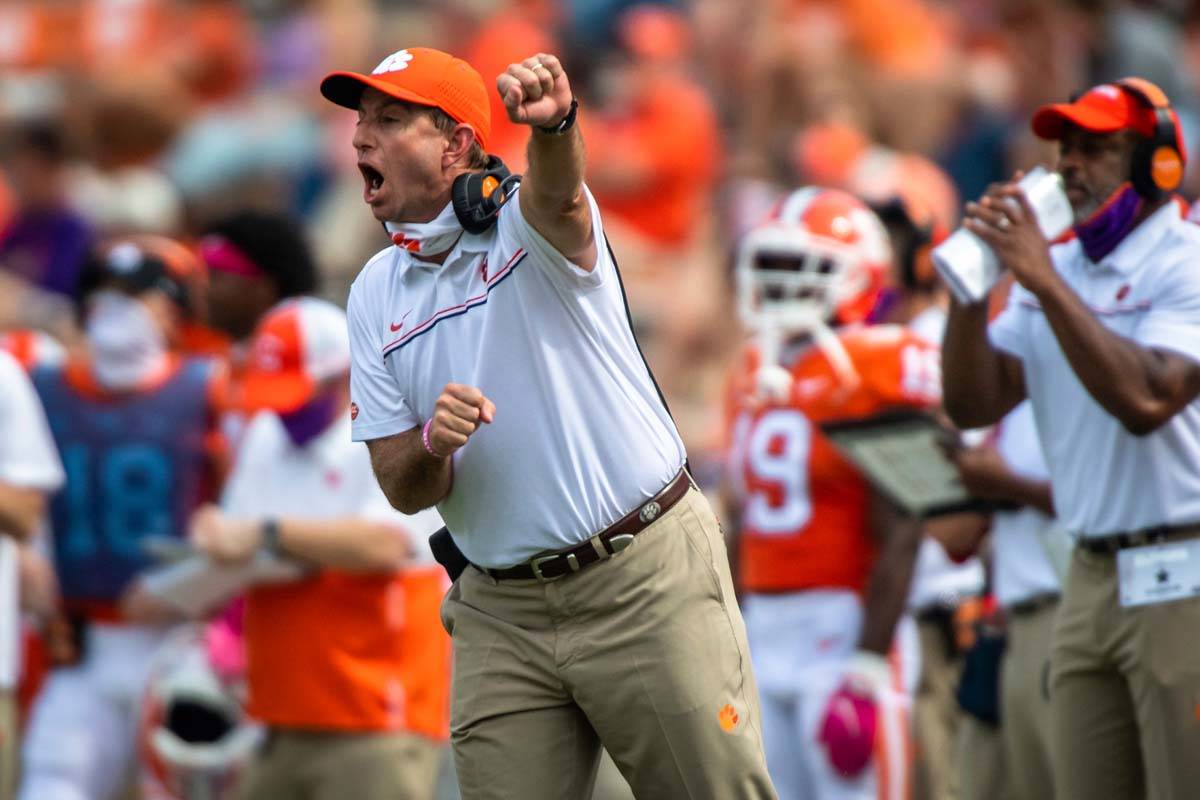 In this Oct. 24, 2020, file photo, Clemson head coach Dabo Swinney reacts on the sidelines during an NCAA college football game against Syracuse in Clemson, S.C. (Ken Ruinard/Pool Photo via AP) 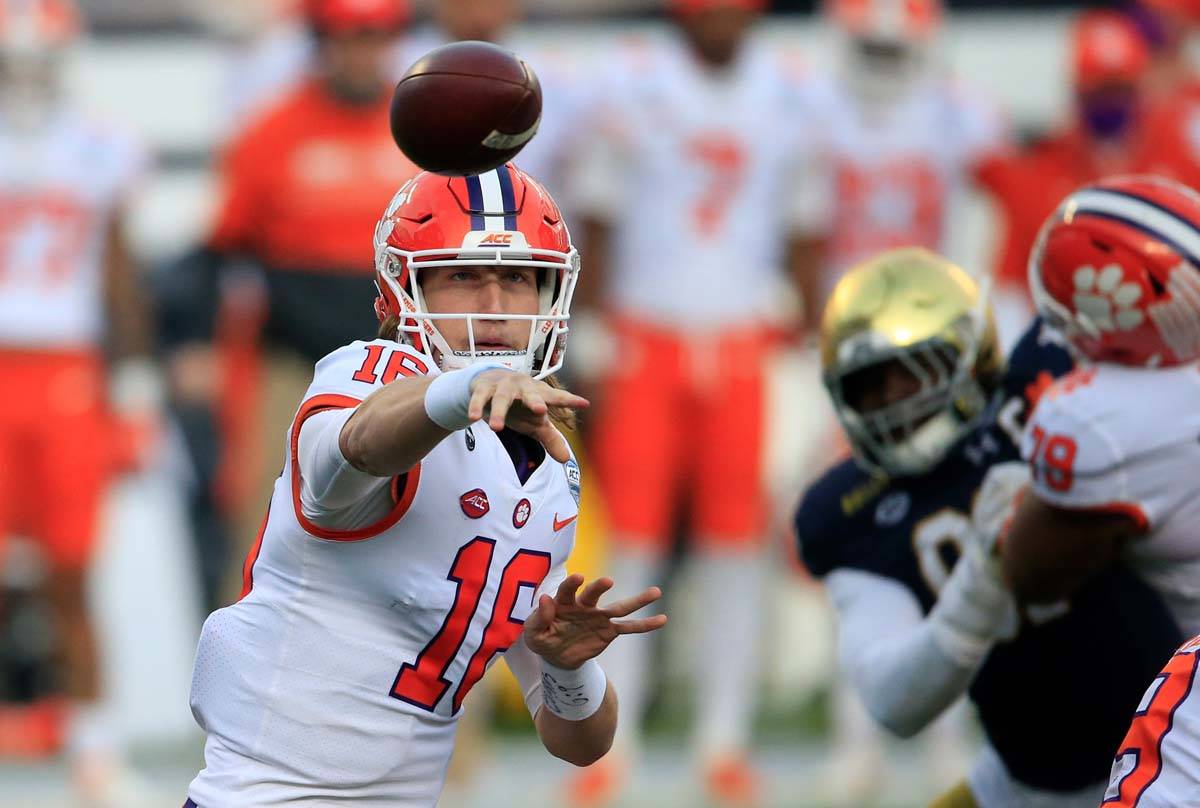 Cincinnati vs. Georgia (-7) (Peach Bowl): The Bearcats are 10-5 as underdogs since 2017. Cincinnati is 2-0 straight up and 1-1 against the spread in bowl games the last two seasons. Including the 2017 national championship game, Georgia coach Kirby Smart is 3-2 straight up and 4-1 ATS in bowls. The last three Cincinnati games have gone over the total, as have the last four Georgia games. Edge: Slight to over.

Auburn vs. Northwestern (-4) (Citrus Bowl): The Wildcats are 7-1 ATS this season and are on an 8-1-2 spread run. Northwestern coach Pat Fitzgerald has won his last three bowl games outright. Auburn is 2-4 ATS in its last six bowl games. Edge: Northwestern.

Ohio State vs. Clemson (-7½) (Sugar Bowl): Clemson has won and covered all three bowl/playoff meetings with Ohio State since 2013. The Buckeyes are 1-3 ATS in their last four bowl games and 4-7 overall ATS since late 2019. Clemson coach Dabo Swinney is 14-3 ATS in ACC title/bowl/playoff games since 2012. The Tigers won and covered their last three games this season. Edge: Clemson.

Mississippi vs. Indiana (-8) (Outback Bowl): The Hoosiers are 7-0 ATS this season and have covered their last eight and 11 of their last 13 games. Mississippi coach Lane Kiffin is 4-5 straight up and ATS this season, though he did win and cover both bowls with Florida Atlantic. Edge: Indiana.