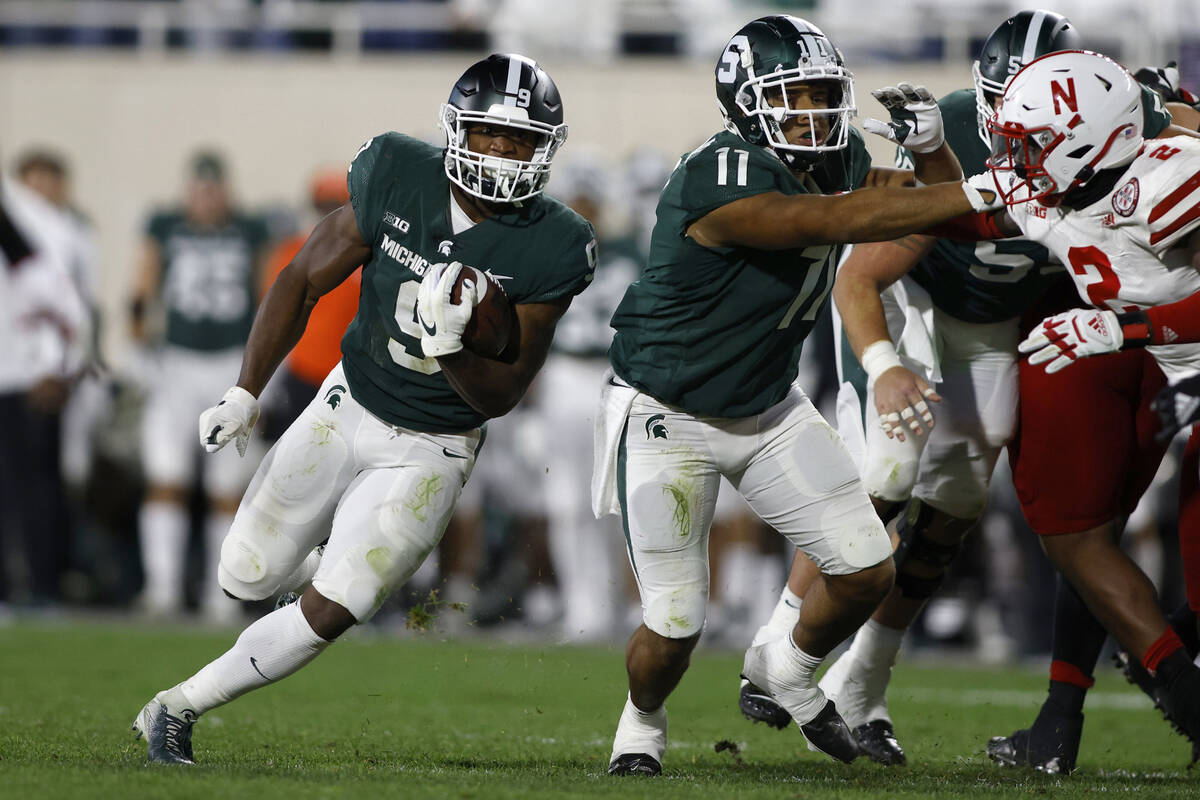 ■ Michigan (-4) at Michigan State: The Wolverines have won and covered two of the last three meetings, but the Spartans have often tormented Michigan, scoring a big upset last year as a 21½-point road underdog. Michigan State is on an 11-2 ATS streak in the series. Michigan is 6-1 ATS this season following a 1-7 spread slide. Edge: Michigan State.

■ Iowa at Wisconsin (-3½): The Hawkeyes have covered the last two meetings, including a 28-7 win at home last year, and Iowa has won and covered its last five Big Ten road games. The Badgers are 1-6 ATS in their last seven home games. Edge: Iowa.

■ Georgia (-14½) at Florida: The Gators beat the Bulldogs 44-28 last year in what is Georgia’s last loss. The Dawgs had won and covered the previous three meetings. Florida is on a 4-8-1 spread skid overall and is 0-4 ATS in its last four games away from the Swamp. But the Gators are on a 3-1 cover run as underdogs. Georgia is 5-2 ATS this season. Edge: Georgia.

■ Texas Tech at Oklahoma (-20): Red Raiders coach Matt Wells is out. The Sooners crushed Texas Tech the last two years, scoring 117 combined points. Oklahoma has scored 346 points in its last six games vs. the Red Raiders and there have been 10 straight overs in the series. The home team has covered seven of the last eight meetings. Edge: Oklahoma and over.

■ Arizona at Southern Cal (-21): The Wildcats have lost 19 straight games, though they’re 3-4 ATS this season. The Trojans are on an 0-4 spread skid at the Los Angeles Coliseum. Arizona covered last year’s game at Tucson. Edge: Arizona.

■ Penn State at Ohio State (-19½): The Nittany Lions are on a 1-2 ATS skid following a 7-0 spread streak. They’re also 1-3 ATS as an underdog. But Penn State has covered four of the last five meetings against the Buckeyes. Ohio State has cruised to covers in its last four games, though it’s only 3-5 ATS in the Big Horseshoe. Edge: Penn State.

■ Virginia at Brigham Young (-2½): Former Cougars coach Bronco Mendenhall returns to BYU. The Cavaliers are on an 11-3 cover streak and 6-2 under run. The Cougars have a 6-2 under mark this season. BYU is on a 1-4 ATS skid. Edge: Virginia and under.