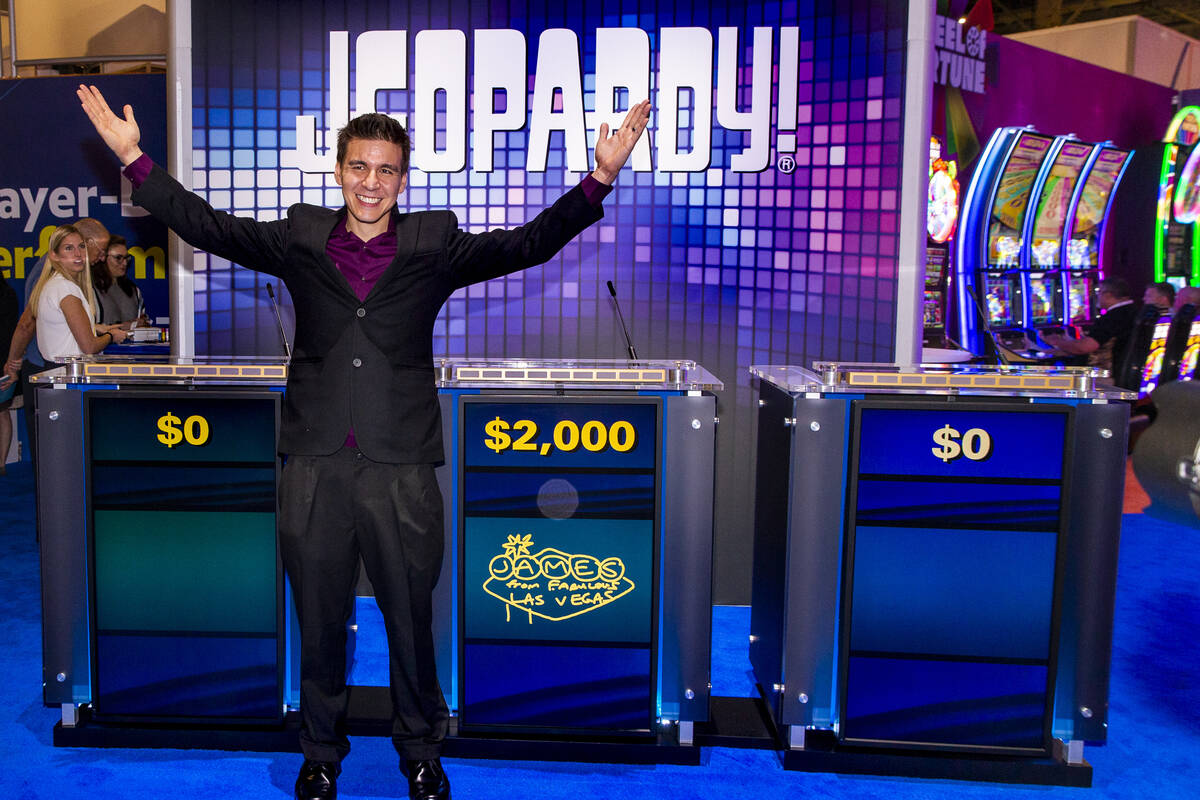 "Jeopardy!" champion James Holzhauer on hand to play a few rounds for fun with IGT executives and guests during the Global Gaming Expo 2019 at the Sands Expo and Convention Center on Tuesday, Oct. 15, 2019 in Las Vegas. (L.E. Baskow/Las Vegas Review-Journal) @Left_Eye_Images 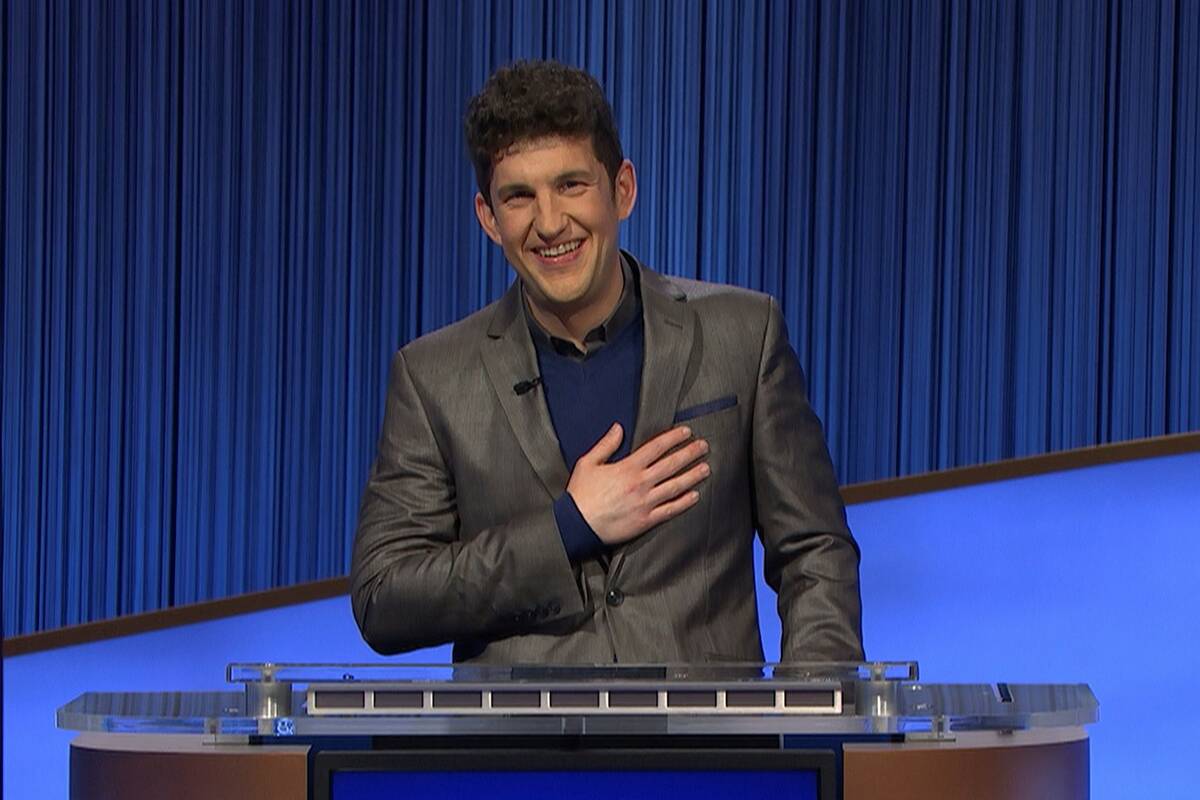 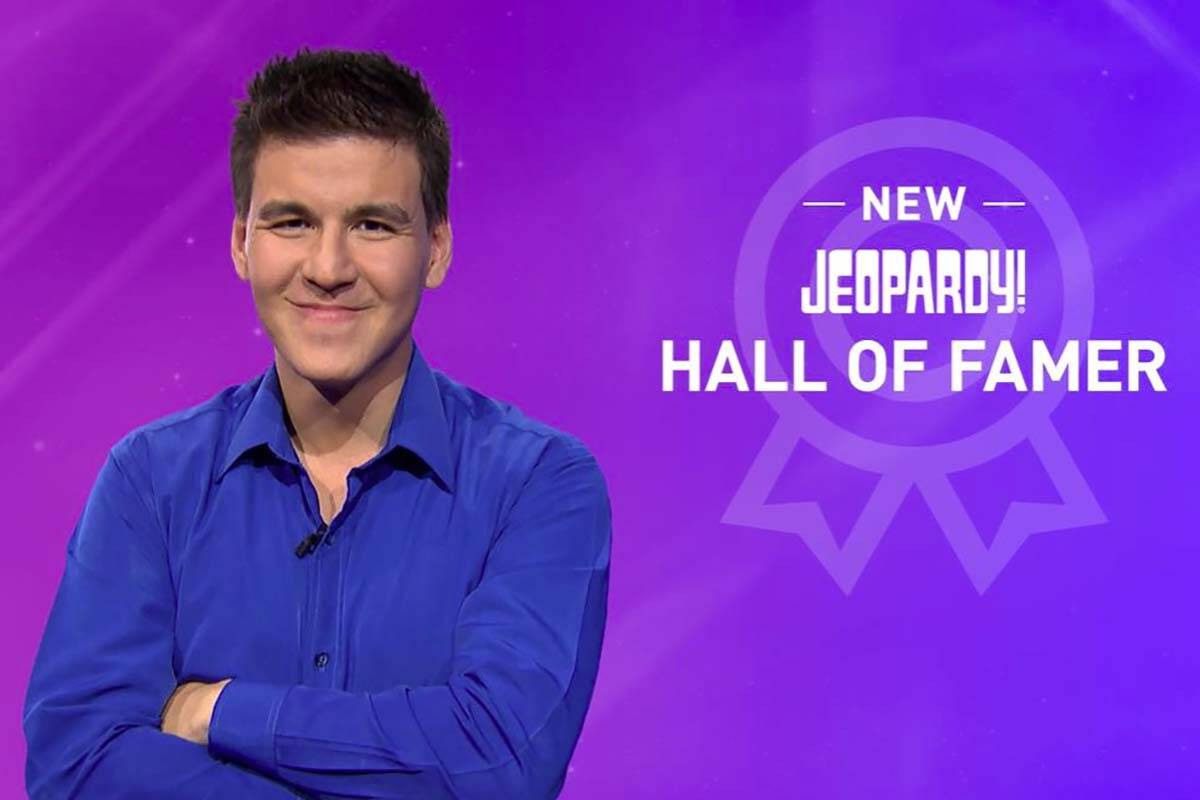 Move over “Jeopardy! James” and make way for the “Amodio Rodeo.”

Amodio, a Yale Ph.D. student and Medina, Ohio, native, now has the second-longest win streak in the show’s 38-year history behind Ken Jennings, who won 74 games in 2004.

“It’s like hitting a 33-game parlay in sports betting, and there’s a reason you never see anyone do that,” he told the Review-Journal via email. “Something or someone always trips you up eventually.”

On Wednesday, the day before Amodio matched Holzhauer’s mark, he posted a tribute to him on Twitter, writing that “Tomorrow on #Jeopardy I have the chance to remind everybody how much better than me @James_Holzhauer is in literally every way.

“It would be an honor to be unfavorably compared to a person I admire so much!”

“I think most ‘Jeopardy’ fans measure (a player) by the number of games won,” Holzhauer said. “But I can’t go to the SuperBook window and put 32 games on the Chiefs -7.”

Holzhauer was on the cusp of passing Jennings’ record of $2.52 million in winnings (regular play only) when he lost his 33rd game to University of Chicago librarian Emma Boettcher.

Holzhauer, who recently wrapped up his second season of ABC’s quiz show “The Chase,” said he hasn’t watched “Jeopardy!” “in forever.”

It wouldn’t be surprising if Holzhauer faced Amodio in another “Jeopardy! The Greatest of All Time” tournament, which took place in January 2020 and also featured Jennings and former champion Brad Rutter.

“I’m sure Sony saw how much money they made from GOAT and would love to do it again,” Holzhauer said. “But it has to be difficult to come up with a title that can compete with ‘Greatest of All Time.’”