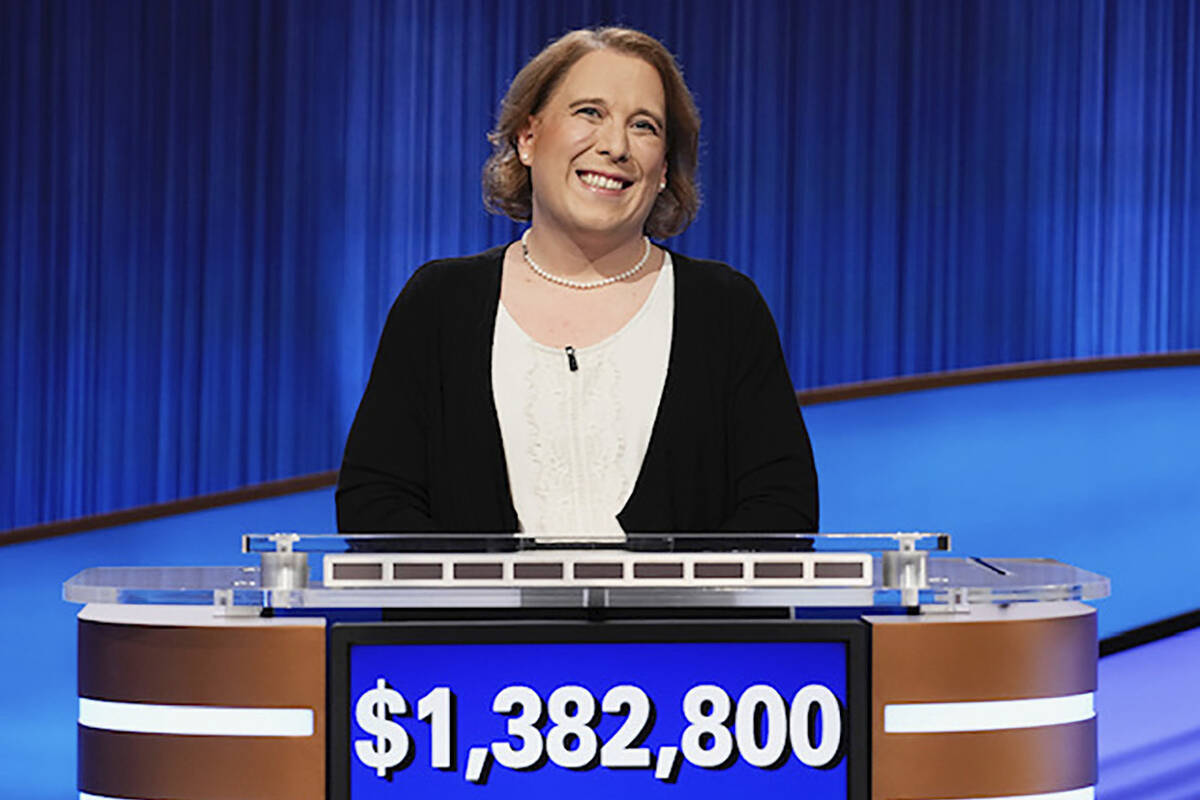 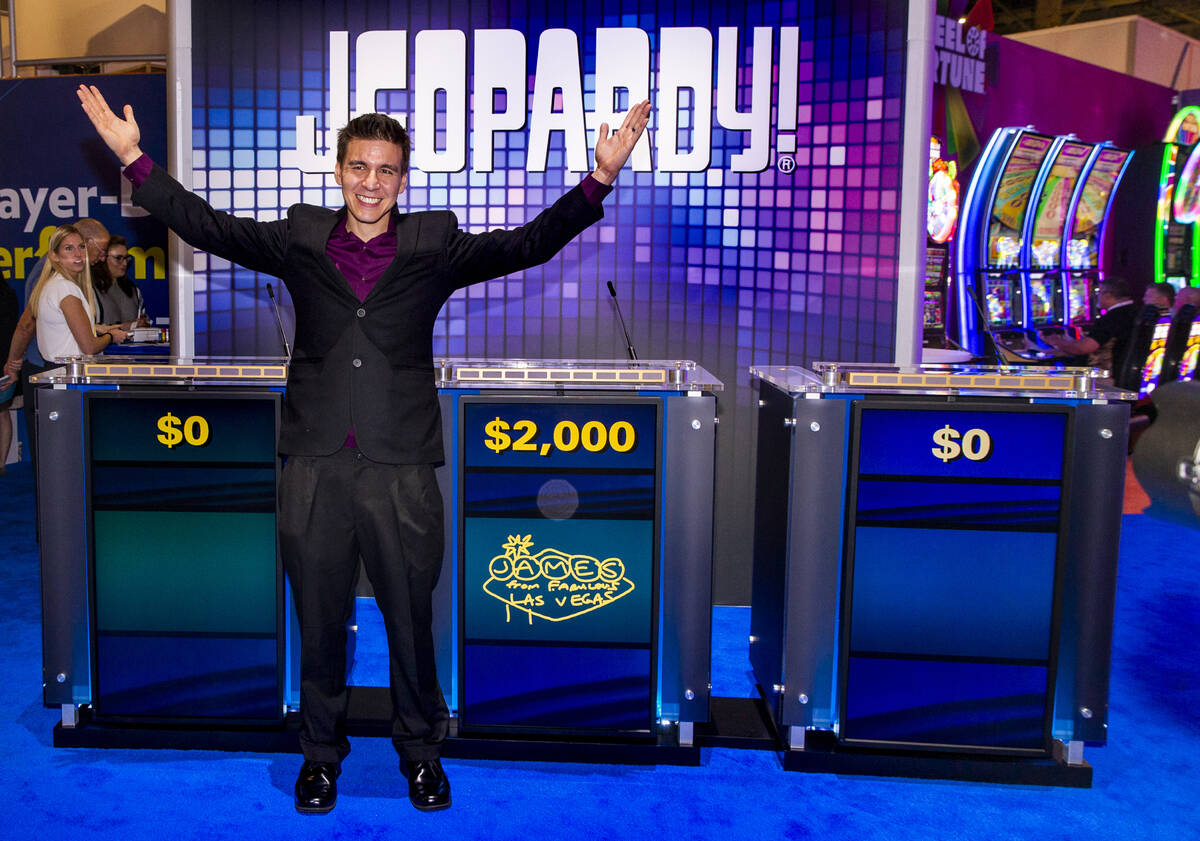 "Jeopardy!" champion James Holzhauer on hand to play a few rounds for fun with IGT executives and guests during the Global Gaming Expo 2019 at the Sands Expo and Convention Center on Tuesday, Oct. 15, 2019 in Las Vegas. (L.E. Baskow/Las Vegas Review-Journal) @Left_Eye_Images

James Holzhauer can relate to Amy Schneider, whose 40-game winning streak on “Jeopardy!” was ended Wednesday by a Chicago librarian.

He noted the coincidence by posting a meme on his Twitter account (@james_holzhauer) that showed an image of actor Wesley Snipes with the phrase “Always bet on a librarian from Chicago, IL.”

Schneider lost to Chicago librarian Rhone Talsma, who correctly answered Final Jeopardy! to seal his win. The category was “Countries of the world,” and the clue was “The only nation in the world whose name in English ends in an H, it’s also one of the 10 most populous.”

The correct response was “What is Bangladesh?” Talsma, who entered Final Jeopardy! trailing Schneider by $10,000, responded correctly and finished in first place with $29,600. Schneider didn’t provide a response and finished with $19,600, and a new champion was crowned.

Schneider, an engineering manager from Oakland, California, compiled the second-longest win streak in show history behind Ken Jennings, who had a 74-game run in 2004.

“What a run by @Jeopardamy!

Schneider will return for the “Tournament of Champions” this fall.

“It’s really been an honor,” she said. “To know that I’m one of the most successful people at a game I’ve loved since I was a kid and to know that I’m a part of its history now, I just don’t know how to process it.”

Holzhauer is known as “The High Roller” on the game show “The Chase,” which airs Wednesdays on ABC.