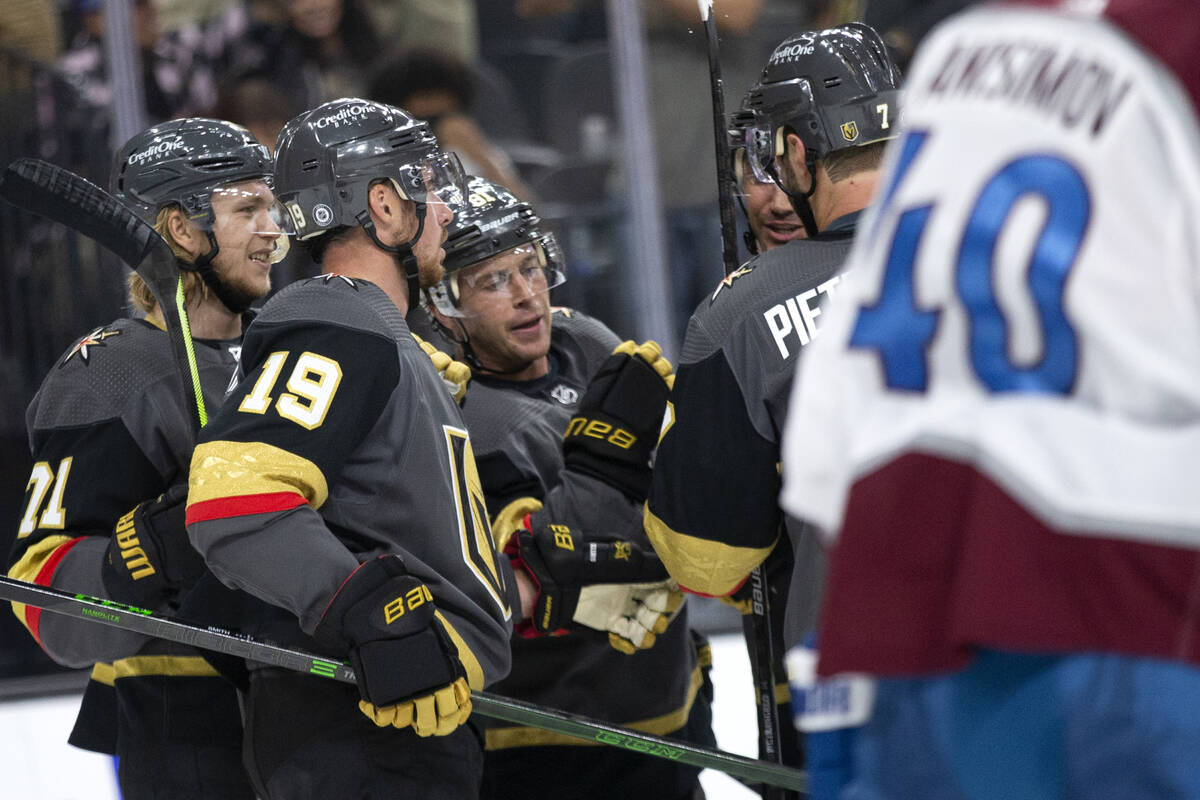 Afterward, the Knights remained at 10-1, their highest preseason odds to win the NHL title since before their inaugural 2017-18 season, when they were as high as 500-1 long shots.

“If anything, there’s a better chance we raise their odds than lower them,” Red Rock Resort sportsbook director Chuck Esposito said. “They’ve now made two coaching changes in five years. They go big-name hunting every offseason. They play in arguably the weakest division in hockey going into the season and they didn’t even make the postseason.

“The expectations are sky high to not only make the postseason but to win the Cup. To me, they’re a major disappointment across the board.”

The Knights, who entered this season as 5-1 co-favorites with the Colorado Avalanche to win it all, are the only team among the top 14 favorites to win the Stanley Cup next year that didn’t make the playoffs this year.

The Carolina Hurricanes and Florida Panthers are each 7-1 to win the Cup next season, followed by the Toronto Maple Leafs at 8-1 and the Tampa Bay Lightning at 9-1. The St. Louis Blues are tied with the Knights at 10-1.

“I think the teams ahead of them deserve to be ahead of them,” Esposito said. “The Knights were probably the most difficult team to deal with. We don’t know what the team that takes the ice this year is going to look like. They have some serious decisions they have to make as they’re well over the salary cap.

“Do they lose veteran players and fan favorites like Reilly Smith, Marchy (Jonathan Marchessault) and (William) Karlsson? And who will ultimately be their starting goaltender, (Robin) Lehner or (Logan) Thompson?”

If the injury-riddled Knights can stay healthy, Esposito expects them to contend again.

“From a talent perspective, they’re definitely good enough to win the Pacific and compete for the Cup. If (Jack) Eichel and (Mark) Stone and (Max) Pacioretty can stay healthy, they’re a different team,” he said. “One of the reasons we see them as the sixth choice, too, is public bias. They’re going to back them. The price could be lower and they’ll still back them. We thought 10-1 was the fairest price right now.”

Five weeks removed from the Masters, Tiger Woods will return to action at the PGA Championship, which tees off Thursday at Southern Hills in Tulsa, Oklahoma. Woods, 80-1 at the Westgate SuperBook to win the major, will cost the book low six figures if he prevails.

But Sherman isn’t too concerned after Woods struggled at Augusta National, where he has won five green jackets.

“We put together a matchup of Tiger vs. Rickie Fowler. Tiger is 80-1 and Fowler is 200-1. But Fowler is favored (-155) over Tiger in the matchup,” Sherman said. “The odds on Tiger should be much higher than they are.”

Masters champion Scottie Scheffler is the 12-1 co-favorite at the Westgate with Jon Rahm to win the PGA Championship.

Scheffler is the ticket and money leader at the Westgate and Caesars Sportsbook, where he’s the 10-1 co-favorite with Jordan Spieth.

Spieth is second in money wagered at the Westgate and Caesars. He needs to win the PGA Championship to complete a career Grand Slam.